Rep. Devin Nunes, R-Calif., tells ‘Sunday Morning Futures’ that he believes that ‘there should be a racketeering investigation on all the people that coordinated this attack.’

It took just about 24 hours for Big Tech’s conservative purge to commence and it sure seemed coordinated.

Twitter banned President Donald Trump and associated accounts. Facebook did the same, though perhaps not permanently. Their conservative competitor Parler was suspended from Apple and Google web services, effectively taking it offline.

The reason? Trump’s tweet announcing he would skip the inauguration was interpreted by some as an invitation for another riot in D.C.

But Democrats celebrating censorship, and social media companies flaunting their decisions with specious justifications, should be wary. The very same desire to silence a political opponent will come for them. And the tech giants trying to please the party in charge just backed a move that puts their political future in jeopardy. How do you think Republicans will respond when they retain power?

Violence, threats or otherwise, should always be condemned swiftly, of course. Usually, though, you remove the offending responses, not the nondescript announcement about skipping an event Democrats hoped Trump wouldn’t attend to begin with.

It was a confusing move to many, given Twitter never seemed very interested in removing even explicit calls to violence.

Following the death of George Floyd, Colin Kaepernick told his legion of followers that "revolting is the only option" and that they "have the right to fight back." Then-congressional candidate Cori Bush asked activists to show up to protests to "disrupt peace" because if they’re "peaceful … it’s NOT a protest."

We know what happened next. Those tweets remain online, by the way, along with those from dictators, terrorists, anti-Semites and Antifa members organizing online. Somehow they don’t violate Twitter’s terms of service. Team Trump’s? Or the legions of conservative accounts using Parler to connect with their community? Purged and taken down.

Sen. Joe Manchin, D-W.Va., congratulated Twitter for the ban, while Sen. Mark Warner, D-Va., called it "long overdue." Sen. Mazzie Hirono, D-Hawaii, with the only cultural reference she could muster nearly 20 years old, mocked Trump by tweeting, "Gollum has lost his precious." Guess tweets inciting violence aren’t all that serious to the senator.

Members of the media were pleased too, with some even calling for more censorship.

In the long term, Big Tech has created a political nightmare for Democrats.

The Left should be more worried than conservatives.

In the short term, Big Tech fed into the worst instincts of the activist base. They showed that you can, in fact, silence your worst enemies on their biggest platforms. While screaming about the threats of fascism, left-wing mobs have "canceled" those who hold mainstream views that progressives simply dislike.

It won’t take long before the base turns on its own party. Democrats will never be left-wing enough to satisfy activists because they set both their enemies and allies up to fail. Progressives say not only are mere words violence, but silence is violence, too. Even Democrats are destined to fail in the progressive reality unless you kowtow to their worldview by saying the words they want you to say, when they want you to say it.

The next several years will be miserable for Democrats if they do not give in to every progressive demand. But giving in to fringe ideas makes midterm defeat inevitable. 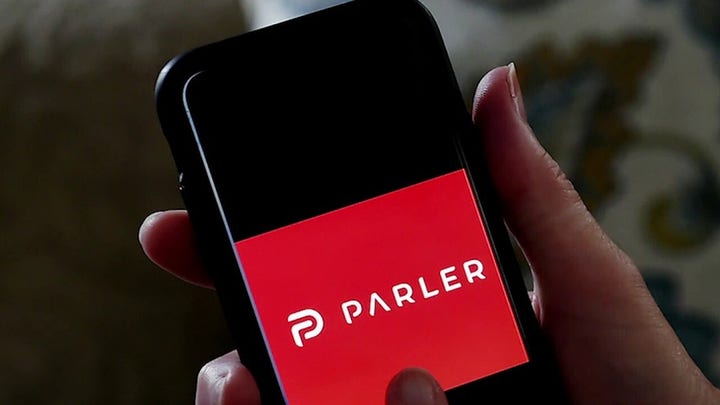 In the long term, Big Tech has created a political nightmare for Democrats.

There was near-universal condemnation of the Capitol siege, but a very loyal and large Trump base became antagonistic toward Republicans who blamed the president for both the riot and the losses in Georgia. The factions were growing. But they very quickly found a new enemy.

Fundamentally, Americans don’t like censorship and conservatives are generally wary of Big Tech. Conservatives were told there’s no social media bias. But they ban conservatives on social media. They said to create your own platform. Then they took that platform down.

After a weekend of conservative social media purging, suddenly conservatives found themselves reuniting as a community. They were, yet again, the target of the Left and they turned to each other to gripe, to comfort, and to start to strategize.

Now they just need a leader. Whomever it is now has the perfect issue that plays to a crucial constituency: rural voters. With the right candidates, rural voters can keep a party in power for generations.

Rural voters do not want coastal elites, particularly from Silicon Valley, telling them what or how to think. They have such disdain for elites that they loyally flocked to a brash, wealthy, braggadocious New Yorker in Trump simply because he spoke directly to them. Liberal elites? They talk at rural voters.

The GOP needs to find someone to connect with them, minus the Trump baggage, and Democrats may rue the day Big Tech decided to give in to their calls to de-platform the president and his followers.

When Democrats face the political consequences of this unwise decision, they may very well find themselves on the receiving end of the very same mistreatment. Indeed, as a mentor once said to me, "imagine the power to censor in the hands of your worst enemy."

Democrats may face vindictive calls for de-platforming, and social media companies could lose their Section 230 protections. Both actions would have serious implications. They may find themselves frustrated that few folks across the aisle are willing to come to their defense when issues like free speech are on the line. It’s kind of like what conservatives are feeling right now.