Ben Carson: Does Biden know what Jim Crow is?

To see what racism and race-baiting look like, peer no further than today’s Democrat-Left. From relentless obsession with critical race theory, baseless claims of "systemic racism," critical race theory brainwashing sessions, to delivery of health care based on skin color, Democrats and their ideological brethren see everything through black-and-white glasses.

A perfect case in point is the Democrat-Left response to the rebuttal by U.S. Sen. Tim Scott to President Joe Biden’s address to Congress Wednesday night.

The $6 Trillion Man spoke softly and carried a big shopping list. After Biden quietly left no spending stone unthrown, the South Carolina Republican delivered a warm, stirring and confident reply. He spoke about growing up poor, fatherless and Black. He also explained that he personally had experienced racism. But he added a key point. "Hear me clearly: America is not a racist country," Scott declared, in contrast to Biden’s claims to the contrary.

DAN GAINOR: TIM SCOTT SPEECH TRIGGERS RADICAL REACTION FROM LIBERAL MEDIA MOB. DID THEY EVEN LISTEN TO IT?

Scott also chided Senate Democrats for filibustering his post-George Floyd police-reform legislation. Even after Scott gave Democrats the opportunity to offer extensive amendments, they refused even to consider his measure. Scott said: "My friends across the aisle seemed to want the issue more than they wanted a solution."

The Republican-Right praised Scott’s speech, and I began saying "DeSantis-Scott 2024" to anyone who would listen.

But the Democrat-Left reacted not with a refutation of Scott on substance, but with bitter, bigoted attacks on him as a Black man who refuses to toe the Left’s line and dares to think for himself.

*The vicious slur "Uncle Tim" trended on Twitter for 12 hours before the normally hypersensitive censors at that Big Tech giant judged this inappropriate. Of course, it blamed a misfiring algorithm.

*"A major strategy of racists, is to incentivize one of it’s [sic] Black victims to act as the crash test dummy for white supremacy," said documentarian Tariq Nasheed, AKA Tariq Elite and K-Flex. "When Uncle Tim Scott says America is not a racist country, he is fully aware he is speaking in bad faith," Nasheed continued via Twitter. "The purpose is to protect white supremacists."

*According to ABC talk-show host and "comedian" Jimmy Kimmel, Scott said America is not a racist country, "and then Tim went back to the sensory deprivation egg he calls home."

Rather than mock Scott, the Democrat-Left might ask themselves why they never managed to elect a Black senator from the South between Reconstruction and Scott’s election on Nov. 4, 2014.

Parenthetically, Strom Thurmond was the only prominent segregationist Southern Democrat who became a Republican. The Left loves to scream the filthy lie that the Democrats who oppressed Blacks under Jim Crow morphed into Republicans. While Thurmond certainly did this, the other Dixiecrats who tortured Blacks – including Alabama’s police-dog deploying Democrat National committeeman Bull Connor, Govs. Orval Faubus of Arkansas and George Wallace of Alabama, and filibustering U.S. Sens. Robert Byrd of West Virginia, J. William Fulbright of Arkansas, Albert Gore Sr. of Tennessee, and many more – all lived, ruled and died as Democrats.

Rather than bring Americans together, Biden’s inflammatory rhetoric pits citizens against each other.

On Dec. 17, 2012, South Carolina’s Republican Gov. Nikki Haley, a woman of East Indian descent, appointed Congressman Tim Scott to fill the seat of Republican Jim DeMint, who left the Senate to run the Heritage Foundation. Scott was elected to that seat on Nov. 4, 2014. He earned 749,266 votes, 83,661 more ballots that White Republican Lindsey Graham’s total of 665,605 that election night.

Republicans proudly have held Tim Scott on their shoulders. Democrats attack him for being Black.

This confirms, yet again, that the Democrat Party has become America’s headquarters for racism and anti-Black bigotry.

For further proof of this phenomenon, consider the man atop the Democrat Party. 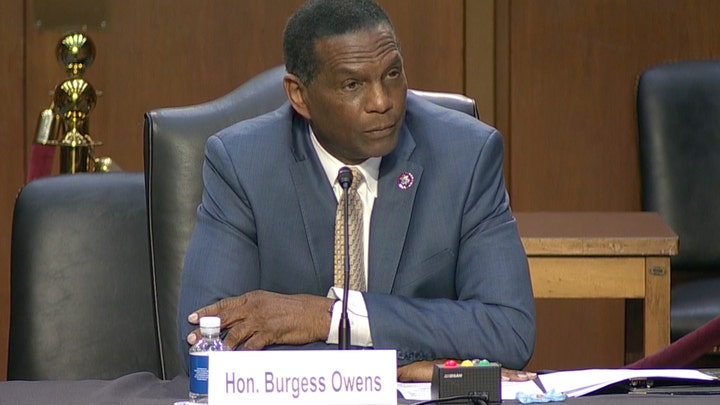 "Parts of our country are backsliding," Biden moaned on April 14. "The days of Jim Crow, passing laws that harken back to the era of poll taxes, when Black people were made to guess how many beans – how many jelly beans in a jar, or count the number of bubbles in a bar of soap before they could cast their ballot."

Biden said this via satellite to the National Action Network. Its founder, Al Sharpton, is a museum-quality racial arsonist who has called Jews "diamond merchants" and Fred Harari, who is Jewish, a "White interloper." In 1995, Sharpton’s anti-Semitic slurs may have inspired Roland Smith, a crazed protester, who shot up and ignited Freddie’s Fashion Mart, Harari’s store in Harlem. The ensuing inferno killed seven. Smith fatally shot himself. 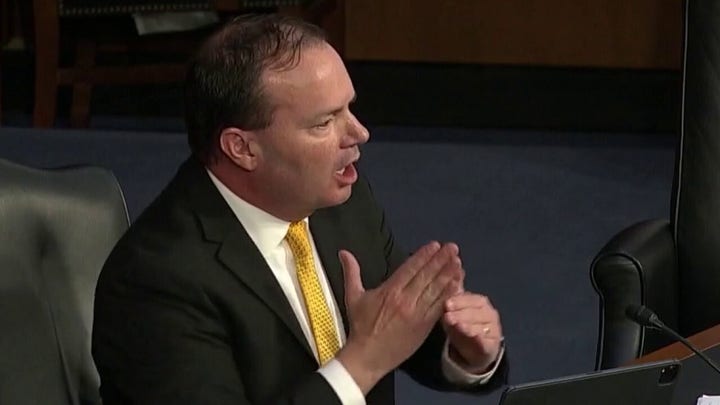 Rather than bring Americans together, Biden’s inflammatory rhetoric pits citizens against each other. While Biden hurls Molotov catchphrases at the Peach State’s new statute, why didn’t he help loosen Delaware’s much tighter voting rules?

*Ballot drop boxes? Georgia: at least 159 (no fewer than one per county). Delaware: Zero

Biden also trivializes the pain of Jim Crow’s genuine victims while diluting the cruelty of these mandates and their 76-year-long, "separate-but-equal" reign of terror.

"This makes Jim Crow look like Jim Eagle," Biden told journalists on March 25. "I mean, this is gigantic what they’re trying to do, and it cannot be sustained." Male bald eagles typically weigh 10 times as much as an average one-pound crow. Does Biden truly believe that Georgia’s "Jim Eagle" law is 10 times worse than Jim Crow’s multifaceted, anti-Black voter suppression? 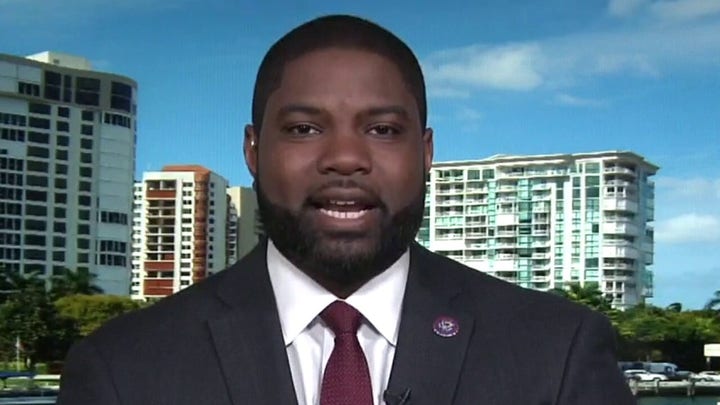 Poll taxes once made voting too expensive for poor citizens, many Black. Georgia’s new law imposes no poll tax.

Before 1965, Alabama’s literacy test asked prospective voters 68 questions, including: "If a state is a party to a case, the Constitution provides that original jurisdiction shall be in ________." By refusing to hear Texas’ anti-vote-fraud case last December, today’s Supreme Court forgot that it is the correct answer.

Also, "The Constitution limits the size of the District of Columbia to ________." Answer: Ten square miles.

Michigan’s Jim Crow Museum observes that in many a lynching, "The victim was an example of what happened to a Black man who tried to vote." Georgia’s law does not reinstate lynching.

Three young Congress of Racial Equality activists named James Chaney (a Black man), Andrew Goodman and Mickey Schwerner (both White) registered Black Mississippians to vote in June 1964. On Goodman’s first evening on duty, local Klansmen murdered them and hid their bodies in an earthen dam. Elsewhere, investigators found the bodies of Freedom Summer college students Henry Dee and Charles Moore (both Black), a cadaver in a CORE T-shirt, and five other corpses.

That was Jim Crow, not merely requiring voters – Black and otherwise – to show ID, as do 36 states (including Biden’s blessed Delaware). Blacks routinely present ID at airports, banks, libraries, hotels and millions of other venues daily.

For Biden to compare Georgia’s vote-expansion bill with the Jim Crow that slaughtered Chaney, Goodman, Schwerner, Dee and Moore is morally grotesque, über-divisive, and a profound insult to those who were killed while crushing Jim Crow and securing Black voting rights.

And, remember: The Jim Crow laws were passed, signed and brutally enforced by Democrats, not Republicans. Perhaps that’s why Biden cannot shut up about Jim Crow. Those racist rules were his party’s handiwork.