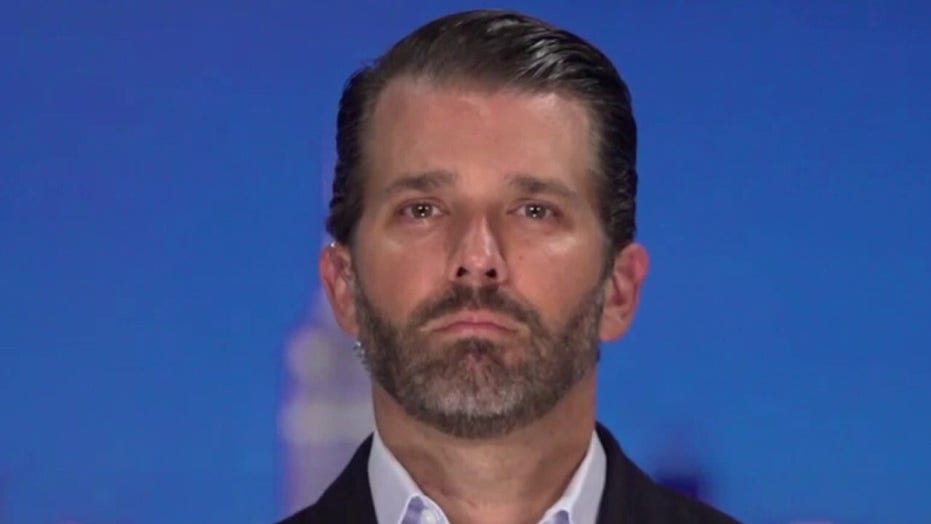 Presumptive Democratic presidential nominee Joe Biden is utterly confused about law and order — and the American people are starting to take notice.

Despite an ongoing surge in violent crime and riots in Democratic-controlled cities and states across the country, the former vice president continues to make excuses for the radical left. At the same time, Biden criticizes President Trump for using the power of the federal government to protect local residents and businesses in Portland, Ore., and other cities that have experienced sharp increases in crime since the unrest began.

“We have a president who is determined to sow chaos and division,” Biden said recently, calling the violent rioters and hooligans “peaceful protesters.”

Of course, anyone who has been paying attention to the riots in Portland knows that they have been anything but peaceful. Mobs have destroyed private and public property, set fire to buildings, clashed with the police, and even injured officers. Biden is condoning that behavior with his irresponsible rhetoric.

Millions of law-abiding families nationwide rely on the police to keep them safe from gangs and other criminals. These people are not setting up “autonomous zones,” toppling statues, or looting local businesses. They’re cowering inside their homes, hoping the violence will pass them over.

The last thing law-abiding families want from their elected officials is capitulation to the violent mobs destroying their beloved communities.

Biden and his radical left-wing puppet masters want to end qualified immunity and massively cut funding for police. But very few people, especially those living in the communities being ravaged by these violent left-wing mobs, believe that undermining law enforcement is a legitimate path toward either safety or justice.

According to the latest Rasmussen poll, for instance, an overwhelming 66 percent of adults oppose redirecting police funds to other social services. Only 23 percent of respondents, meanwhile, favor defunding local law enforcement in their own communities.

“Democrats believe we need to overhaul the criminal justice system from top to bottom,” the document states, adding that “Police brutality is a stain on the soul of our nation.”

Biden’s defining policy document is highly critical of the qualified immunity doctrine that protects police officers from being punished for doing their jobs properly. Instead, the document argues that the split-second decisions officers make in the line of duty, often while under enormous stress and possibly even fearing for their own lives, should be judged by secondary and unintended consequences.

Unlike Biden, my father understands that police officer play a vital role in keeping the peace and fighting crime in our cities — otherwise known as “keeping the American people safe.” That’s one of the many reasons why his recent executive order on police reform seeks to protect law enforcement from the dangerous campaign to neuter local police departments.

“I strongly oppose the radical and dangerous efforts to defund, dismantle, and dissolve our police departments, especially now when we’ve achieved the lowest recorded crime rates in recent history,” the president said while announcing the order earlier this month. “Americans know the truth: Without police, there is chaos; without law, there is anarchy; and without safety, there is catastrophe. We need leaders at every level of government who have the moral clarity to state these obvious facts.”

The brave men and women of our law enforcement community agree. Recently, both the National Association of Police Organizations and the Police Officers Association of Michigan endorsed my father’s reelection campaign.

The president is right, and the American people agree with his commonsense position. Our country needs firm, confident leadership in order to defeat radicals who are seeking to destabilize our society — and it’s increasingly clear that Biden is not the man for that job.