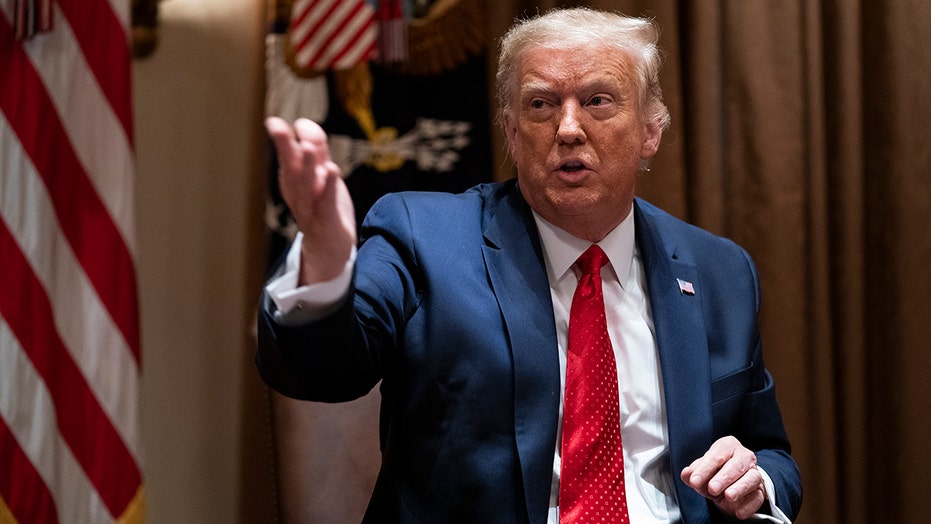 NAPO President Michael McHale said Trump's support is needed “during this time of unfair and inaccurate opprobrium being directed at our members by so many.”

“We particularly value your directing the Attorney General to aggressively prosecute those who attack our officers,” McHale wrote in a letter.

Officers have faced routine disparaging in wake of nationwide racial injustice protests, and some have called out presumptive Democratic nominee Joe Biden for not condemning anti-police rhetoric.

While Biden’s campaign has staunchly opposed the idea of abolishing police departments, the candidate said that some funding should “absolutely” be redirected from the police.

In a Now This interview with activist Ady Barkan, the presumptive Democratic nominee said police forces don’t need surplus military equipment, saying this is what leads them to “become the enemy” in a community.

Biden campaign Rapid Response Director Andrew Bates said last month that the former vice president supports “the urgent need for reform,” which he said includes “funding for public schools, summer programs, and mental health and substance abuse treatment separate from funding for policing -- so that officers can focus on the job of policing.”

Trump, for his part, has billed himself as the president of “law and order.” During the NAPO meeting Trump on Monday planned to make his pitch to the National Association of Police Organizations as to why the group should endorse him.

“Our officers have been under vicious assault,” Trump said Monday during a roundtable with people whose lives have been positively impacted by law enforcement. “Reckless politicians have defamed our heroes as the enemy…These radical politicians want to defund and abolish the police.”