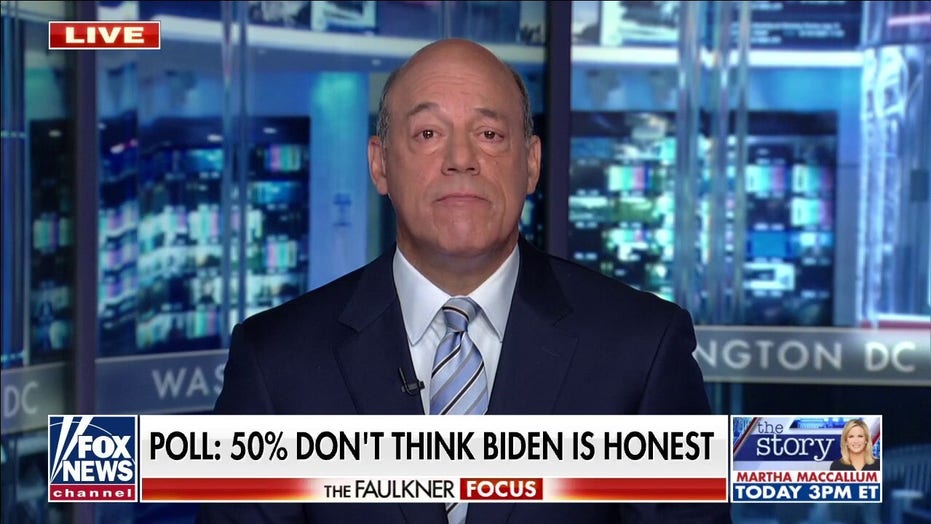 The Fox News contributor slammed Biden over his 'reckless' behavior, saying this is reflected in his approval rating as it continues to nosedive.

White House chiefs of staff should never use emojis.

Using two of them, President Joe Biden’s Chief of Staff, Ron Klain, stepped on a landmine when he endorsed a Harvard economist’s tweet which suggested the rising cost of goods across the country is a "high class problem."

An incredibly tone-deaf message to deliver by an administration already under fire for being out of touch with ordinary Americans (a recent Quinnipiac poll showed the number of people who say President Biden cares about ordinary Americans dropped from 58% to 49% since April).

Inflation is real and so is the pain the average American is feeling.

And get ready for the pain about to be caused this winter as the prices people pay for home heating oil and natural gas surge.

These aren’t high class problems. They’re costly problems that disproportionately harm low-income and middle-income Americans, who already have enough to worry about.

Beyond being oblivious to the harm inflation causes, another problem revealed by Klain’s message is how the Democrat party is increasingly becoming a party of elite upper-income Americans, post-graduate degree Americans, Harvard economists and college graduates who can afford to pay higher costs.

President Biden promised he wouldn’t raise taxes on anyone making less than $400,000 a year, yet the massive tax hike approved by the House Ways & Means Committee last month raised taxes by $96 billion on people who smoke or use e-cigarettes. I guess those people don’t count. The Democrats must view them as low-class people who don’t have high class problems.

Democrats can claim they’re only raising taxes on the rich, even though their legislation is a direct, tax-hiking contradiction of that claim. Democrat tax hikes on corporations will also be paid by all Americans.

Every time the Democrats claim they’re taxing the rich, middle-income Americans end up paying the tab.

Democrats are also the party that wants to restore a massive tax deduction that allows the truly wealthy to fully deduct the cost of state and local taxes, along with interest on expensive mortgage payments, from federal income tax. These wealthy taxpayers do indeed have a high-class problem—one the modern-day Democrat party is eager to fix.

Twitter, as everyone knows, is filled with landmines. Ron Klain stepped on one, revealing just how out-of-touch with working Americans the Biden administration really is.

The White House chief of staff is an influential and busy role. Biden’s should tweet less. And never use emojis.