This amid multiple sources confirming extremist organizations such al-Qaeda and ISIS-K are still present in Afghanistan and remain a rising threat to U.S. national security. While Tuesday's Senate hearing was a productive start to this investigation, I am looking forward to asking General Mark Milley, Secretary Lloyd Austin, and General Kenneth McKenzie questions in Wednesday's House Armed Services Committee Hearing.

Leading up to the Biden Administration’s disastrous withdrawal from Afghanistan, the president touted an "over-the-horizon" capability that would allow the U.S. to identify and eliminate threats from afar. The Biden administration has claimed the U.S. did not need a counterterrorism force in Afghanistan because the U.S. possessed significant intelligence and military capability to attack and eliminate terrorist threats reaching into Afghanistan from other U.S. military locations.

However, Biden’s withdrawal left a gap in intelligence gathering capabilities that has caused targeting decisions to be made with incomplete information, with increased risk and assumptions, and outside the norms of standard protocols. The Administration’s reliance on this counterterrorism strategy demonstrates an inherently faulty decision-making process that on August 29th, led to mistakenly killing an aid worker and his family and has raised questions that Biden must now address. 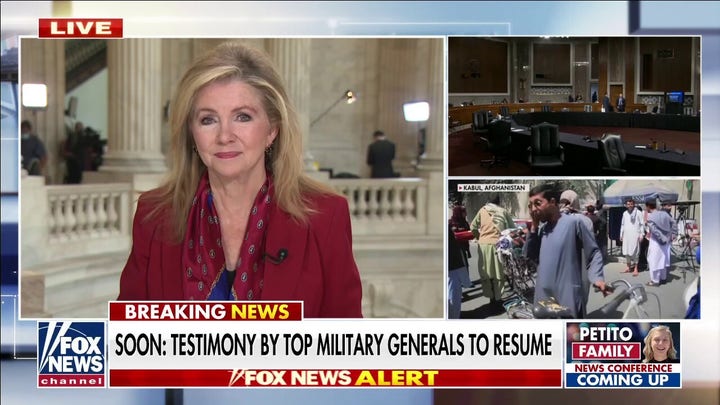 In the wake of the August 26th ISIS-K suicide attack that killed 13 American service members and dozens of Afghans, President Biden vowed to hunt down those responsible for the bloodshed. The Pentagon has admitted, in an effort to frustrate a subsequent and possibly imminent ISIS-K attack, a pack of U.S. drones surveilled an alleged ISIS safe house and spotted a vehicle implicated in the plot.

During this time, Zemari Ahmadi, an aid worker, apparently drove this very same type of make and model car, though ubiquitous in Kabul, to the compound under surveillance by a U.S. Strike Cell. While now unknowingly under the watchful eye of U.S. intelligence analysts, Ahmadi went about his daily errands to support the feeding of displaced Afghans. Eight hours later, a hellfire missile destroyed Ahmadi’s vehicle, killing him and nine family members, several of whom were children.

So, what went wrong?

Leading up to the strike, the administration admits that the "over-the-horizon" U.S. strike cell hastily analyzed limited available intelligence that alarmingly, but not surprisingly, predicted a second imminent ISIS-K attack during the ongoing chaotic U. S. evacuation at the Karzai Airport.

On the morning of August 29th, this is where Ahmadi began his day, reportedly stopping at the home of his boss, not an ISIS-K hideout. After eight hours, during which Ahmadi apparently visited the offices of a U.S.-based aid group, an Afghan district police station and the homes of several coworkers for pick-up and drop-off, the "over-the horizon" assessment was that Ahmadi’s vehicle contained explosives and supplies for an attack.

Although initially characterized as a ‘righteous strike,’ by General Milley, against an ‘ISIS facilitator’ that prevented an attack against U.S. forces still on the ground, the Pentagon was forced to admit weeks later that it was wrong.

When considering this admission, one might ask, were standard protocols required to launch a strike compromised? General McKenzie, the CENTCOM Commander, suggested future targeting would be more deliberate and would include increased monitoring, planning and assessment of risk to establish a ‘pattern of life.’  But in the case of Ahmadi, ‘pattern of life,’ confirming his identity and his home as the target, was tragically not established.

Why the short cuts? And who made that call?

Some answers may include the believed imminence of an attack on U.S. forces, still haphazardly evacuating personnel from the nearby airport. However, was the increased risk of uncertainty accounted for in the analysis about this particular car? For Ahmadi, his claimed stop at or near a suspected ISIS-K operation, the loading and unloading of bags and jugs of water into his vehicle, and the proximity of his car to the airport was enough for the Biden Administration’s "over-the-horizon" protocols to seal his fate. Ahmadi’s actions to the Biden Administration were
consistent with those of a Terrorist. They are also, obviously, consistent with an international aid worker.

These false assumptions demand answers from the Biden administration. Biden’s false bravado in his capacity to conduct "over-the-horizon" counter terrorism operations puts our Nation at risk and increases the chance that terrorist groups that we cannot see and, therefore, cannot stop, will strike our homeland from Taliban-sanctioned safe harbors in Afghanistan. It also increases the chance that American mistakes will weaken our allies’ willingness to permit U.S. operations that may kill innocent people.

Biden’s assumptions jeopardize the prestige of our military and undermine our reputation for lawful warfare earned with the service of our Nation’s young men and women. Because the White House needed a win, it declared the mistaken strike a "win," and for weeks, defended its "over-the-horizon" strategy.

But now that we know the full story, it begs the question, what happened to the original target? Was there really a second imminent attack as the Administration claims and, if so, why did it not occur since they got the wrong guy?