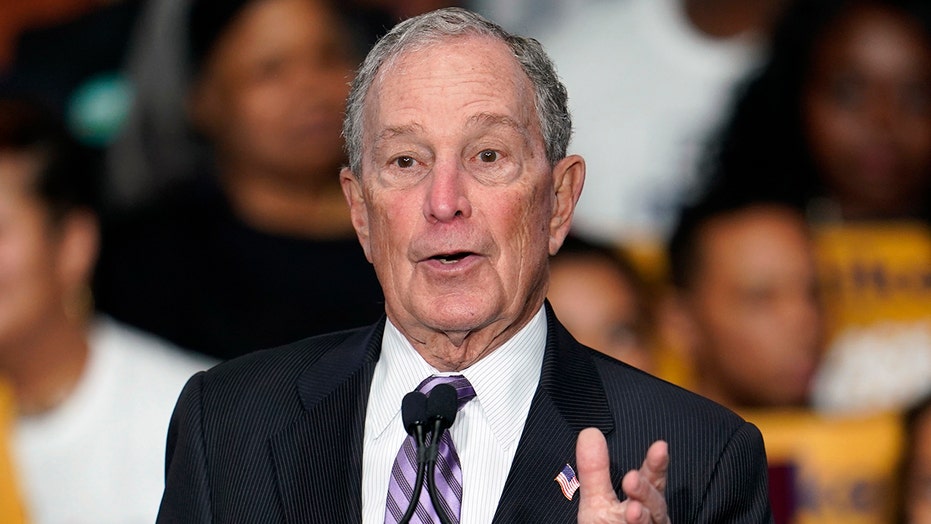 Do voters think Michael Bloomberg is trying to buy the 2020 election?

Former New York Mayor Michael Bloomberg has been rising drastically in the national polling for the 2020 Democratic presidential nomination. Frightened by that rise, Democratic candidates from center-left to communist have risen as one, declaring that Bloomberg has done the process dirty: By dropping hundreds of millions of dollars on advertising, he has thwarted the process, and thus, the will of the people.

"It's a shame Mike Bloomberg can buy his way into the debate," Sen. Elizabeth Warren, D-Mass., proclaimed. "But at least now primary voters curious about how each candidate will take on Donald Trump can get a live demonstration of how we each take on an egomaniac billionaire." And former Vice President Joe Biden stated, "Sixty billion dollars can buy you a lot of advertising, but it can't erase your record."

All of which raises a serious question: Is Bloomberg doing something deeply wrong -- is he "cheating" -- by spending oodles of his own money on political advertising?

The answer, of course, is no. Tom Steyer, another Democratic billionaire, has spent over $200 million on political advertising, with little response -- he won 0.3 percent of votes in Iowa and 3.6 percent of votes in New Hampshire. Bloomberg is resonating because he is vying for the moderate lane in the Democratic primaries just as Biden, the wire-to-wire front-runner until the primaries actually began, flamed out completely. Money, obviously, isn't everything.

But, say the critics, dollars can buy you an entry ticket into the political race. That's undoubtedly true. Dollars plus a political case is better than no dollars plus a political case. But it's also true that dollars become increasingly important in a political system in which candidates can gain outsized attention and vote share by spending money that doesn't belong to them. Bloomberg, to his credit, is spending his own money. Sen. Bernie Sanders, I-Vt., and Warren are pledging to spend everyone else's. "Stop trying to buy elections!" rings hollow from a cast of characters who have promised Americans "free" health care, "free" college tuition, "free" child care and "free" housing, among other giveaways.

In truth, the problem for Democrats isn't Bloomberg's spending. The problem is that the Democratic Party now treats wealth itself as an indicator of immorality. Sanders tweeted, "Together, we are going to end the greed of the billionaire class."

Never mind that creating tens of billions of dollars in value via voluntary exchange, employing tens of thousands of people, and providing goods and services to millions is far less indicative of greed than living as a taxpayer-funded, parasitical, self-styled revolutionary for six decades. The size of Bloomberg's bank account makes him morally suspect in the world of the modern Democratic Party.

There's a reason former South Bend Mayor Pete Buttigieg keeps telling debate crowds that he's the poorest candidate running, as though lack of financial success is a tremendous indicator of governing ability. As Trevor Noah recently joked, being called a wealthy person is, for "progressive white people ... like being called the N-word."

This perspective represents the reversal of the American dream: We should all aspire to government dependency, patting our own backs for our altruism while drawing on the public dime. After all, if wealth is sin, then chiding the wealthy while living off of them is sainthood. That's the Democratic line going into 2020. We'll see soon enough whether Americans are willing to give up the true American dream in favor of yelling at billionaires.