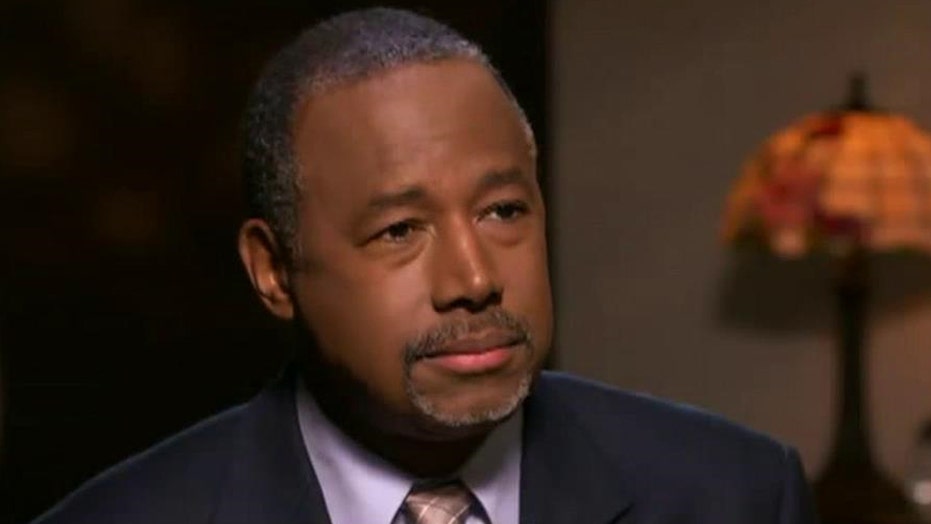 Politics aside, I believe Dr. Ben Carson to be an honest, compassionate, decent man, who stands as an inspirational figure in terms of what he’s overcome and what he’s accomplished in his life.

I had the opportunity to interview him for Fox News for the better part of an hour in Miami last week, and I was given no reason whatsoever to doubt his integrity, in fact, just the opposite.

For starters, he remembered meeting my young son in a TV greenroom at Fox as part of a crowd years before he ever entered politics.

There was no reason for him to remember this meeting; he had just intuitively understood that my son was central to my life.

Dr. Carson came across as quite sincere in our interview last week when discussing his faith, and how “listening to the mission stories in church” inspired him to want to become a doctor.

He also came across as quite sincere in our interview last week when discussing his faith, and how “listening to the mission stories in church” inspired him to want to become a doctor.

I could also tell how important his mother had been to him as she sacrificed any sort of happiness to put her sons through school.

When you consider the sincerity of Carson’s books, you must consider the vagaries of memory, especially when trying to translate those memories into narrative non-fiction.

He says he was offered a scholarship at West Point, but media insects pouring through his past have discovered that there was no such formal offer.

I have made the same kind of mistake many times. In fact, this story reminds me that I often claim to have studied Graduate Writing, based on four courses that didn’t ultimately lead to a Master’s Degree.

Imagine what the news media would do would to me if I were running for office!

I could also tell how seriously he takes the Hippocratic Oath, which he said politicians don’t follow in any way. “They don’t mind doing harm if for them if it is politically expedient.

Dr. Carson spoke to me about a major theme from his new book, "A More Perfect Union," which reminds us that our Founders intended people from all walks of life to run for public office, including doctors.

He pointed out that his ability to make rapid fire decisions under pressure as well as carefully thought-through diagnoses and treatments while at the same time running a large team of doctors and nurses (he was the chief of pediatric neurosurgery at Johns Hopkins for over two decades), are relevant skills for someone seeking our highest office.

I believe another important qualification for being a leader is sincere compassion.

With that thought in mind, assess the following story for yourselves.

I asked him during the interview about the most memorable moment he could think of when talking to a child whom he was treating.

He said, “I remember a little girl. What a sweet little girl she was and she had disseminated Medullablastoma. Very malignant tumor. We had removed the primary tumor but it had already spread. We tried [a] bone marrow transplant and all kinds of things. It had come back again and there was really nothing more to do. And she just smiled and she said you all did the best you could do. Thank you.”

Dr. Carson told this story to me slowly, speaking in the characteristic way he does, and I could see him reliving the memory.

In the end, he broke into tears.

When I asked about areas he wasn’t expert at, such as managing our economy, he talked about assembling teams of experts. He is not someone who is reluctant to consult the opinions of others.

At the end of our meeting, when I was walking him back to the bus, he mentioned that he was a passionate pool player; eight ball, and he challenged me to a game, which I knew instantly that I would lose.

He also said he was concerned about how unhappy physicians are these days, and I nodded, thinking of how the revamping of our health care system has never considered a doctor’s time or effort seriously enough and how helpful it would be to have a doctor steering that particular ship.

I can’t swear that everything above is entirely accurate down to the tiniest detail, but I can assure you I have done my best to remember it.

Dr. Carson would do the same if he were in my shoes.