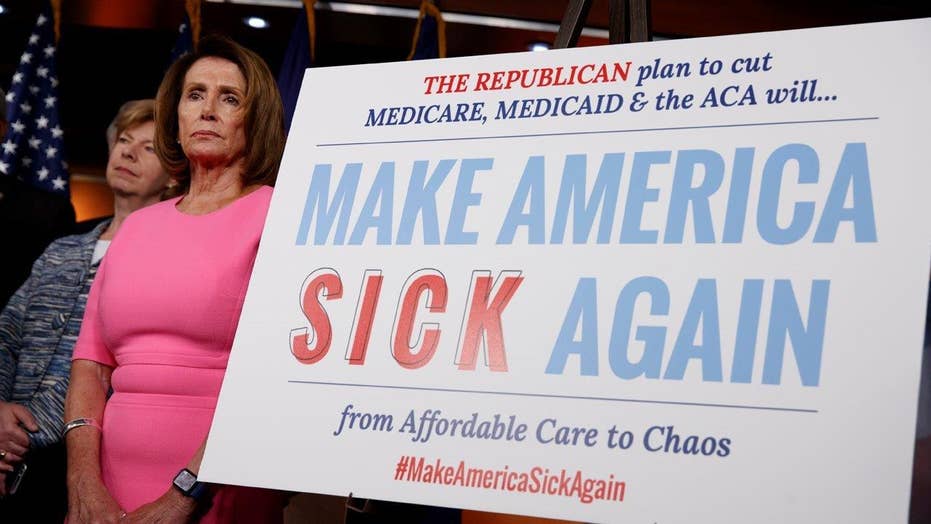 The fight to repeal ObamaCare

If there’s one message both Republican and Democratic voters sent to their elected representatives in last year’s primary and general elections, it was this: we are tired of political gridlock. Do something useful!

But while most Republican lawmakers are getting ready, with varying degrees of enthusiasm and trepidation, for Donald Trump’s presidency, some Democrats are lost in a foggy swamp of denial, and seem determined to impede the incoming administration by whatever means necessary. What voice of the electorate? How soon they forget!

Let’s look at what stunts have been pulled on Capitol Hill since last November’s election, but before Trump even takes office:

What is the point of these diversions? Is it to make government more efficient? Hardly.

It’s just more of the hold-my-breath-til-I-turn-(Democrat)-blue hysterics that began the day after the election, when universities around the country (including my alma mater, Cornell) held cry-ins and brought in grief counsellors for stricken students who could not accept the results. To see elected members of congress acting in the manner of whining college kids is simply sad.

Both parties claim they want to represent the people who sent them to Washington. So, what do the people want?

A Fox News poll last month left little doubt: They want their elected representatives to stop quibbling and relearn the lost art of problem-solving. Sixty-two percent of the people polled by Fox said the country was seriously off track. And when asked who they trusted to fix important problems, the most common response was “market forces and business.” Fewer than half as many people said they trusted government to make their lives better.

Nowhere in the poll do respondents say they want the loyal opposition to engage in gimmicks and obstructionism. To be fair, the new president’s aggressive Twitter habit doesn’t help concentrate the nation’s attention on things that matter, either.

The childish displays of pique that have marked the interregnum between Barack Obama’s administration and the beginning of the Donald Trump era indicate that those Democrats acting out, despite claiming to be listening to the people, have little interest in any opinions but their own.