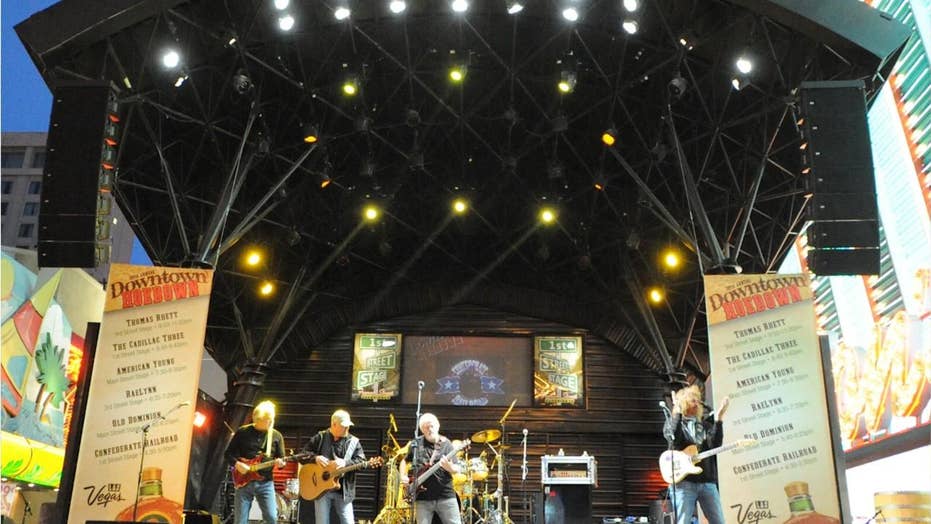 Southern country rock band Confederate Railroad has once again been barred from performing at another upcoming fair over accusations their name is racist.

Country rock band Confederate Railroad has a message for America's perpetually-offended snowflakes: the name of their band "ain't gonna change."

"That would never happen, lead singer Danny Shirley said on Fox Nation's Starnes Country. "I would never even consider changing the name out of fear of offending our fans. It would be a slap in their face."

Confederate Railroad has become the latest target of a rampaging mob of culture jihadists hell-bent on silencing and censoring music, artwork, books, statues, and even words they deem to be offensive or racist.

Click here to pre-order a copy of Todd’s forthcoming book, “Culture Jihad: How to Stop the Left From Killing a Nation.”

Last month the DuQuoin State Fair in Illinois canceled the band's appearance after complaints were raised about the name. In other words, somebody got triggered by the word "Confederate."

The Pinckneyville Press first reported on the banishment and they specifically mentioned the band was booted because of “racial sensitivity concerns.”

“The Illinois Department of Agriculture has removed Confederate Railroad from our 2019 DuQuoin State Fair grandstand lineup,” a spokesperson for the agency told me. “While every artist has a right to expression, we believe this decision is in the best interest of serving all the people of our state.”

And most recently the Ulster County Fair in New York booted the band. The county executive took issue with the band's logo, a steam train flying Confederate flags.

Shirley tells me he was completely blindsided by the ugly attacks by the culture warriors.

"I was surprised to say the least," he said. "We had played that fair (DuQuoin) a couple of times before over the years and always had a great time."

He knew trouble was brewing when his agent called and said the state of Illinois wanted to know why the band was named Confederate Railroad.

"A few days later, they canceled us," he said. "There's nothing offensive or political about us. It caught me off guard and is kind of ridiculous."

Shirley was more direct in a statement released to Fox News.

"I am who I am. We do what we do. I've been performing for more than 43 years and, hell, I've never seen anything like this," he said.

A number of country music artists have condemned the decision, including Charlie Daniels.

"This political correctness thing is totally out of control," Daniels wrote on Twitter. "When a fair cancels the Confederate Railroad band because of their name it’s giving in to fascism, plain and simple and our freedom disappears piece by piece. Sick of it."

"I must say that canceling @ConfederateRR JUST because their name is CONFEDERATE RAILROAD is a crock of crap," he wrote on Twitter.

Ironically, there's an entire chapter in “Culture Jihad” on how the culture jihadists have declared war on Country music. In essence, it's an attack on the values of Red State America - God, country and family.

So, don't be surprised if one day soon the culture warriors criminalize songs like "Sweet Home Alabama" or "What This World Needs is a Few More Rednecks."