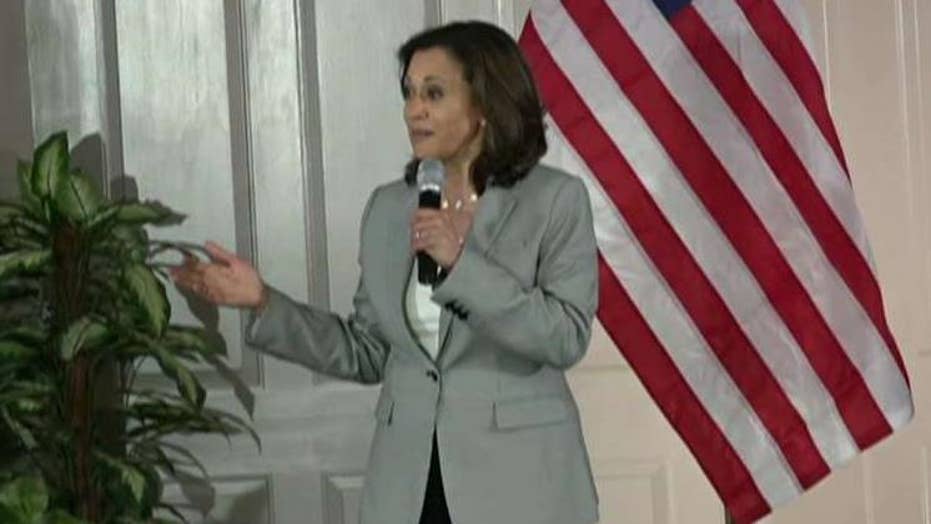 It’s shouldn’t have come as a surprise, since she’s been hovering just ahead of entrepreneur Andrew Yang in the national polling, but the decision Tuesday by Sen. Kamala Harris, D-Calif., to suspend her campaign for her party’s presidential nomination is still a shock.

Harris started the campaign very clearly in the top tier. She effectively questioned a number of President Trump’s appointees in the Senate, had apparent appeal to moderates and showed early fundraising prowess.

The senator from California had a few good moments in the debates, such as when she sparred against former Vice President Joe Biden in the debate on the issue of busing to achieve racial integration in schools. But she was never able to build strong momentum with likely Democratic primary voters.

Even though Harris’ support (3.4 percent in the latest RealClear Politics national average) was small, her withdrawal from the race is a bit of shakeup among the second tier of candidates – particularly those who are positioning themselves as a moderate and younger alternative to Biden.

If I had to pick the one candidate whom this benefits, I’d pick Sen. Amy Klobuchar, D-Minn., who is now the last remaining woman among the moderates. She’s done between OK and very well in the recent debates, and may be a safe haven for those voters who are uncomfortable with Biden but want to support some who is moderate rather than on the far left.

One of the few successes Harris had was winning a number of endorsements of members of the Congressional Black Caucus. Those members of Congress are now free agents. Will they move to Biden and consolidate his strength in the African-American community, or will they seek an alternative?

In their past races, both Booker and Patrick have shown appeal across the Democratic political spectrum. It’s puzzling that Booker, in particular, has not been able to get any traction so far. It’s possible that the withdrawal of Harris from the nominating contest may give Booker and Patrick (who didn’t announce his candidacy until Nov. 14) another chance.

The final potential beneficiaries of Harris dropping out are in the top tier, particularly Joe Biden. The biggest wound he’s suffered to date was at the hands of Harris, when she attacked him for his past position on school busing for integration. The normally loquacious Biden seemed flummoxed about how to respond.

The fact that he remains a leading candidate for the Democratic nomination is a sign that Biden, despite all his gaffes, retains staying power.

But remember: There are still 15 remaining candidates: Four in the top-tier for now, two deep-pocketed billionaires, and nine candidates in search of an opening. So the race for the Democratic nomination to run against President Trump is still in the early stages and the outcome remains far from certain.