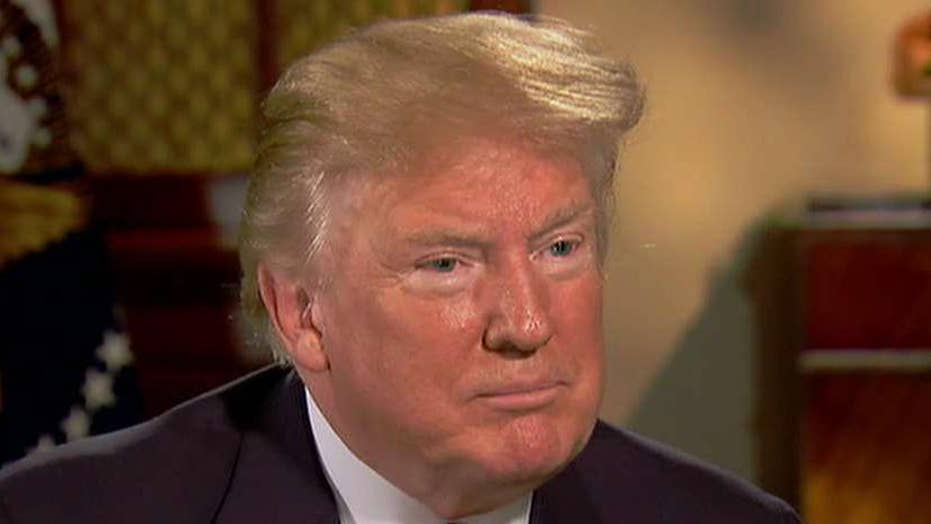 President Trump speaks out on his deal with Kim Jong Un, the Russia investigation and more in part 4 of his interview with Maria Bartiromo on 'Sunday Morning Futures.'

Are the United States and North Korea headed for the ultimate of summer blockbusters: another nuclear showdown?

At least for the moment, all sign point to a solid yes.

And the American people need to take notice. Lost in the headlines over a fiery battle over immigration, a looming Supreme Court pick and Fourth of July cookout plans, a slow crisis is brewing on the Korean Peninsula once again.

In what can only be described as a bombshell report, NBC News broke details of a shocking new U.S. intelligence assessment on North Korea’s nuclear program. According to multiple intelligence sources familiar with the work, Pyongyang has increasing its production of fuel for nuclear warheads at what could be several “secret sites” over several months. And worst of all, it appears that Chairman Kim Jong Un is trying to hide these facilities, all the while claiming he wishes to denuclearize his nation, a promise the young dictator made to President Trump at the Singapore summit last month.

NBC’s reporting gets even more chilling from there. Various U.S. intelligence officials, contrary to administration claims, see Pyongyang as a very dangerous nuclear threat, whose weapons arsenal is only growing by the day. NBC cites more than “a dozen American officials” who see the regime as attempting to gain as many concessions from the Trump administration as possible, all while “clinging to nuclear weapons it believes are essential to survival.”

In all honesty, how can we be shocked? North Korea has never kept its word when it comes to any atomic agreement it has ever signed. Despite being given a massive concession by the Trump administration—a legitimizing summit in Singapore that risked weakening the maximum pressure campaign—Kim still seems to feel nuclear weapons are his only hope, the ultimate insurance policy that guarantees his regimes survival.

But what makes this report even more concerning is that it means the North Korean weapons of mass destruction threat is only getting more dangerous—and that should worry the entire globe. When we consider for a moment that Pyongyang has over 1,000 missiles of various ranges, 5,000 ton of chemical weapons, biological weapons and as many as 60 sixty nuclear weapons, this only adds to the circumstances that nearly brought us to the brink of war on several occasions last year.

If we discover this week that Pyongyang has truly tricked President Trump into a summit and is unwilling to make any concessions at all, hoping for nuclear acceptance and not disarmament, we could be in for another dangerous summer of missile and nuclear tests.

Perhaps most terrifying of all, reporting from the New York Times in 2017 suggested that North Korea could build a fresh nuclear weapon every six to seven weeks. If true, since the Fourth of July last year, when the Kim regime tested its first ICBM that could hit Alaska, the North has added several more nuclear weapons to its arsenal.

The question now seems obvious: Is North Korea willing to give up its nuclear weapons or not? Does the Kim regime have any intention of following through on its pledges of atomic disarmament?

Thankfully, answers might be forthcoming, and quite soon. With Secretary of State Mike Pompeo reportedly heading to the hermit kingdom this week, we might very well get a sense of what North Korea is truly thinking.

And there could very well be reasonable explanations for North Korea’s latest nuclear moves. It is possible that Kim’s nuclear program is on auto-pilot, an atomic bureaucracy that is carrying out orders that will only be changed when the leadership says otherwise. But that too is dangerous, because despite all the hoopla, there is no firm nuclear deal between the world and North Korea—just vague words on a piece of paper. In fact, Kim could be showing us all that he has leverage but just moving forward in a pre-planned fashion.

But all that needs to change, and quite soon. Pompeo needs to once and for all get a sense of North Korea’s true intentions. For every moment that goes by, the containment campaign that brought Pyongyang to heel, and possibly to the edge of bankruptcy, is starting to show signs of weakening. Pompeo must begin to gain some concessions from Kim, otherwise we are condemned to the worst of possible fates: a negotiation process that takes months or years to get anything done. All the while, Kim’s scientists will keep developing more nuclear weapons and long-range missiles.

While I give the Trump administration credit for what can only be described as taking the ultimate gamble in trying to gain North Korea’s trust, we should now begin to prepare for the worst. For if we discover this week that Pyongyang has truly tricked President Trump into a summit and is unwilling to make any concessions at all, hoping for nuclear acceptance and not disarmament, we could be in for another dangerous summer of missile and nuclear tests. And this time, we might not be able to avoid a nuclear showdown of epic proportions.