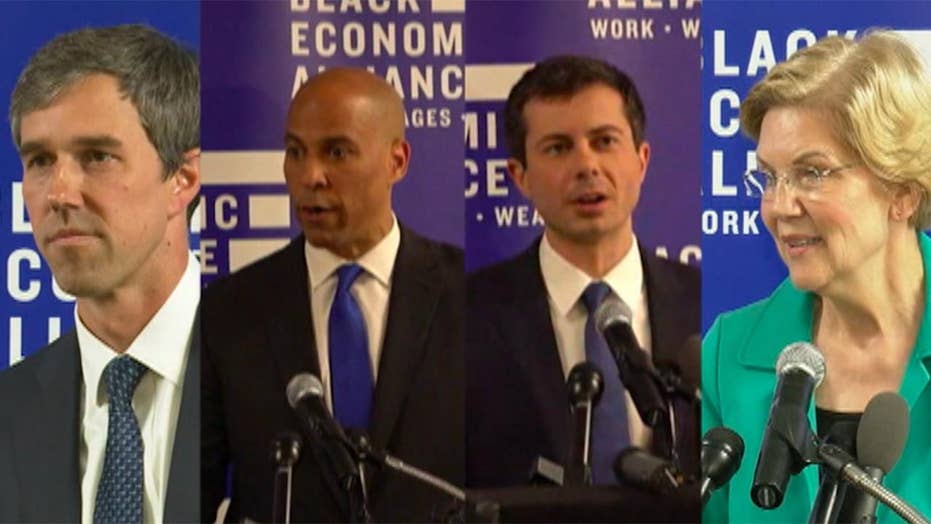 On Tuesday, President Trump kicked off his re-election campaign in Orlando, Florida in typical Trump style – lots of hot air filled with right-wing, red-meat rhetoric that will feed the appetites of his most loyal supporters and hoping others will drink the Kool-Aid.

He enters re-election without any real legislative wins to cheer about, an approval rating that should make him nervous and facing a Congress that has done a tremendous job both legislating and investigating.

For Democrats, with South Carolina’s Democratic Weekend upon us, we say, “Game On!”

ANTJUAN SEAWRIGHT: HERE'S THE DEMOCRATIC KEY TO VICTORY IN 2020

Up until this point in the 2020 presidential campaign season, we have been in political training camp.

We have seen candidates get bumped and bruised, to the point of landing them in political rehab, and while some have proven they are in Game Day shape, others have not.

Still, every good candidate should realize a few things at this point:

Back on September 1, 2018, I was quoted in Politico saying that “Anyone who’s thinking about, or flirting with, the idea of running for president in the Democratic Primary in 2020 understands two things…The road to heaven and the road to the White House runs through South Carolina, and very likely, whoever wins South Carolina will be the Democratic nominee for president in 2020.”

And to this point, the candidates have made the Palmetto State and its most precious cargo (Democratic Primary voters) top priority as it should be because we have a history is picking nominees and this cycle will be no different.

You see, South Carolina is a true reflection of the Democratic Party.

I know this is not a shocker coming from me, but hear me out again. Roughly 60 percent of those who vote in South Carolina’s presidential primary are African-American and roughly 55 percent women. That’s where the party is nationally especially when you look at the post-February primary calendar.

Add the approximately one million women and people of color that voted in the 2018 midterm election in the state for Democrats and you start to understand why the political filling station called South Carolina has a line full of candidates pulling up.

Remember that nearly every movement in our nation’s history, for good and ill, either began in or owes its success to South Carolina. From the Revolution to the Civil War to the election of our nation’s first black president, it happened here. The Civil Rights movement had its legal roots planted in our soil and the Doolittle Raiders trained in our skies. Bernard Baruch all but wrote the New Deal and Sen. Strom Thurmond developed Nixon’s Southern Strategy.

This (South Carolina) is where political champions are made and now it’s game time.

So, as the pre-season kicks off Friday, let us all remember to block and tackle as you need to, execute your plays as the game progresses on but, in the end, let’s do our best to govern ourselves by which JayZ says… nobody wins when the family feuds.