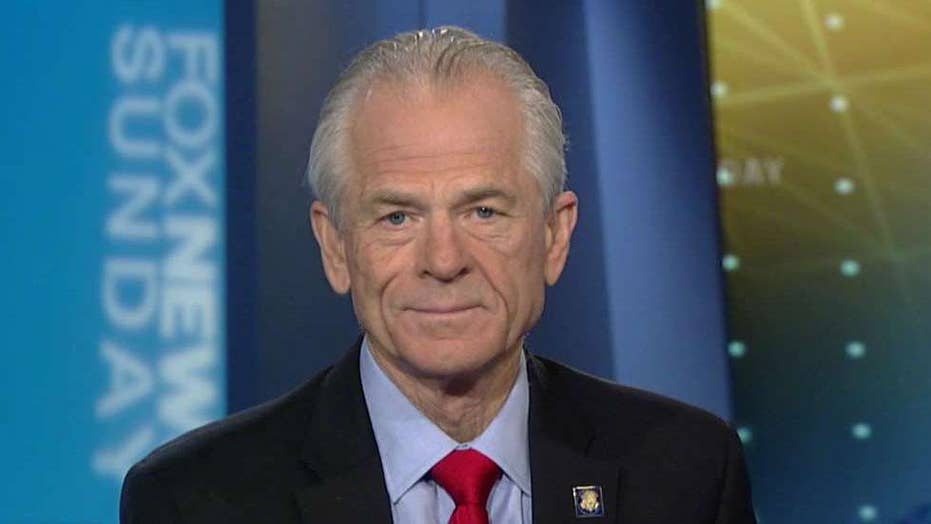 President Trump’s strategic counter-tariffs on China have been deliberate, predictable and business-like – contrary to Beijing’s series of broken promises and the self-serving misinformation that China’s state-run media are peddling.

The president recently announced that the U.S. will follow through to implement a 10 percent tariff on $300 billion worth of Chinese imports Sept. 1. The10 percent tariff had been put on hold earlier this year after a personal meeting between Trump and Chinese President Xi Jinping.

The Chinese government is now attempting to portray President Trump’s action as erratic and capricious, but nothing could be further from the truth.

China has failed to uphold the commitments Xi made during the Trump-Xi meeting, forcing President Trump’s hand.

Trump agreed to hold off on a tariff increase because China promised to make large purchases of U.S. agricultural products and crack down on shipments of the illegal opioid fentanyl. But neither of these things has happened.

From the very beginning, Trump has given China every opportunity to negotiate in good faith, telegraphing his tariff increases well in advance and specifying exactly what Beijing could do to avert them.

As a presidential candidate, Trump made it perfectly clear that he intended to impose tariffs on China in retaliation for the communist country’s decades of trade cheating and exploitation of American workers and businesses.

Even so, Trump demonstrated remarkable restraint upon taking office, waiting a full year before imposing tariffs that significantly impacted China. Although the tariffs didn’t specifically target China, Beijing decided to retaliate by placing tariffs on about $3 billion worth of U.S. goods.

The first U.S. tariffs to specifically target China didn’t come into effect until July 2018, when both countries hit each other with 25 percent tariffs on $34 billion worth of goods. That was followed in late August by mutual tariffs on an additional $50 billion.

Trump knew that China would be unable to match U.S. tariffs tit-for-tat indefinitely, given the stark imbalance of trade between the two countries. So the president kept carefully turning up the heat in order to increase the pressure on China’s economy, in an effort to get Beijing to make real concessions.

The next round of tariffs – a 25 percent levy on $250 billion of Chinese imports that were already subject to a 10 percent rate – was scheduled to take effect Jan. 1. However, Trump ordered a 90-day postponement to give negotiators from both countries more time to work out a deal after China agreed to make “very substantial” purchases of U.S. agricultural products.

In May, following reports that China had reneged on major commitments it had previously made during trade negotiations, Trump went ahead with the scheduled tariff increases, promising that additional hikes would follow unless China showed signs that it was willing to negotiate in good faith.

In late June, when Trump and Xi met face-to-face during the G20 Summit in Japan, the two leaders once again reached a deal to postpone further tariff escalation after Xi yet again promised to buy U.S. agricultural products.

However, after another month and a visit by a high-ranking U.S. trade delegation last week, it became apparent that China was once again failing to live up to its word, testing President Trump will and leaving him no alternative but to reinstate the tariff hike.

But rather than applying a new tariff immediately, Trump still gave Beijing until Sept. 1 to live up to its commitments, leaving the door open to further talks that could stave off the new levies.

These are neither impulsive nor erratic actions. Rather, they are calculated, measured and firm.

Trump has deliberately structured his tariff increases to gradually ramp up the pressure on China to negotiate a mutually beneficial trade deal. He has also repeatedly detailed what he wants: an end to China’s decades-long history of trade abuses, particularly its theft of technology and other intellectual property from American firms.

At some point, China’s leaders will have to realize that as long as they continue to break their promises, President Trump will continue to keep his.