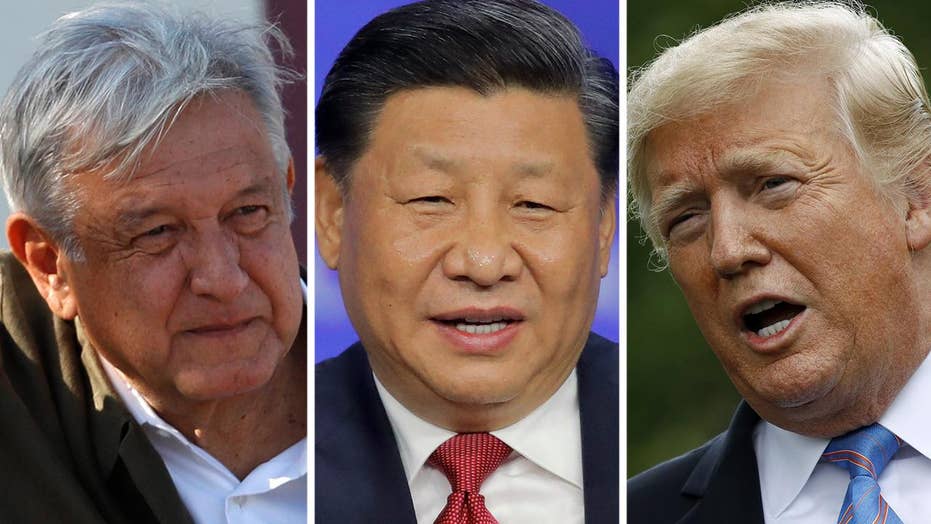 Doctrinaire support for an idealized version of free trade ignores reciprocity. Trade isn’t truly free unless it is truly fair. If one party is cheating, there’s nothing fair – or free – about it.

Over the past 75 years, America has led the world toward greater prosperity by serving as a role model for free trade. But while many other countries have followed our example, some have sought to take advantage of our openness.

China has for decades been the most flagrant violator, with its numerous tariff and non-tariff barriers to trade.

These barriers include China’s manipulation of its currency to boost exports and depress imports, and the nation’s brazen theft of American intellectual property. In addition, China subsidizes its companies so they can eliminate U.S. competitors by dumping artificially underpriced products in our markets and imposing excessive tariffs.

All this takes place while China takes advantage of our willingness to import its goods.

Previous presidents have sought to entice Beijing to improve its behavior by bringing it closer into the international fold – most notably by allowing China to join the World Trade Organization. But those efforts failed to deter China’s ruling Communist Party from continuing to disregard virtually every free trade principle.

President Trump’s strategic counter-tariffs represent a bold new approach to this long-simmering conflict. While the so-called experts in the media have warned about a “trade war” with Beijing, the U.S. economy is booming and China is facing serious economic headwinds.

As a result, this is an opportune time to negotiate a comprehensive trade agreement that ends China’s manipulations and allows truly free trade between the world’s two largest economies. In that regard, President Trump and Chinese President Xi Jinping will talk at the G-20 summit in Japan next week.

Free trade obviously isn’t free when foreign governments exert direct control over their corporations and use them to pursue foreign policy objectives. China is infamous for weaponizing its government-run corporations in defiance of free trade principles.

There are no guarantees that China will relent. But if we falter now, there is absolutely no chance that China’s leaders will agree to a more balanced approach on trade at any time in the foreseeable future. Why would they?

Another problem with doctrinaire support for a naive version of free trade is that it ignores America’s right to protect it national security interests.

Free trade obviously isn’t free when foreign governments exert direct control over their corporations and use them to pursue foreign policy objectives. China is infamous for weaponizing its government-run corporations in defiance of free trade principles.

Most egregiously, Beijing has heavily subsidized steel and aluminum producers, enabling them to dump their products in the U.S. at below-market prices, with the long-term goal of driving American producers out of business.

Before President Trump took office, America went so far down the path of naive and unfair trade policies that we risked losing important industrial capacity needed for our national security.

We should all be thankful that the U.S. government doesn’t run America’s corporations. But we shouldn’t dismiss the obvious geopolitical dangers posed by state-owned foreign corporations, which are guided by political considerations rather than the pursuit of profit that is central to the logic of free trade.

Luckily for America, President Trump’s strategic tariffs have been an effective tool for advancing our national security interests.

The American steel industry is rapidly rebounding after being pushed to the breaking point in recent years by China’s aggressive dumping strategy. Given the strategic importance of steel production, this represents both an economic benefit and a diplomatic victory for the United States.

President Trump’s strategic tariff strategy was also a last – but nonetheless successful – resort as a tool to induce Mexico to take increased responsibility for the illegal immigration crisis at our southern border.

Clearly, the U.S.-Mexico-Canada Agreement on free trade is Trump’s preferred means of conducting trade with Mexico. But Democrats in Congress have been unwilling to assist the president in addressing the border crisis. This political intransigence left tariffs as the only effective means open to the president to address this national emergency.

Last month President Trump tweeted: “On June 10th, the United States will impose a 5% Tariff on all goods coming into our Country from Mexico, until such time as illegal migrants coming through Mexico, and into our Country, STOP,” adding that the rate would increase if Mexico refused to cooperate.

Soon afterward, Mexico agreed to take several major steps to help the U.S. combat illegal immigration, including sending about 6,000 national guard troops to secure its own southern border and prevent Central American migrants from crossing Mexican territory on their way to the United States.

President Trump’s use of strategic tariffs has certainly been a departure from the approach taken in prior administrations. But it is not an indication that the president will misuse or overuse tariffs as a tool to address every problem.

Rather, Trump is seeking to strengthen the tenets of free trade by challenging those who take unfair advantage of American workers and companies. At the same time, he has used tariffs, or the threat of tariffs, in very limited circumstances as a diplomatic tool to advance U.S. national security interests.

Under Trump, the Republican Party remains the party of free trade and a strong national defense.