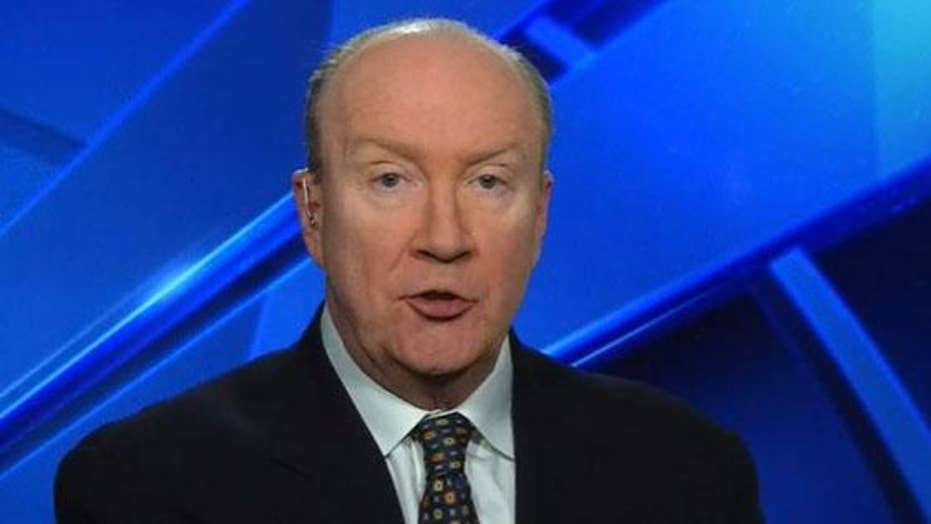 "A federal judge in a normal trail wouldn't put up with this," says Andy McCarthy, former Assistant U.S. Attorney, pointing out the "big problems" with Nancy Pelosi's impeachment case

Two things happened simultaneously on Wednesday: (a) The House of Representatives transmitted to the Senate two articles of impeachment approved on straight partisan lines a month ago, and (b) the House’s impeachment inquiry — yes, it’s still very much alive — highlighted new, relevant evidence it has turned up about the activities in Ukraine of President Trump’s personal lawyer, Rudy Giuliani, and Giuliani’s associates.

The Democrats’ strategy is coming clear.

The House provided the Senate with two half-baked impeachment articles. House Democrats rushed through the investigation, forgoing salient witnesses and evidence, because of the political calendar.

The charges are weak and the inquiry was needlessly short-circuited, so Democrats have continued investigating the premature allegations. Now they are publicly disclosing newly acquired evidence, with the promise of more to come. Transparently, their goal is to pressure the Senate not merely to conduct a trial but to complete the investigation that the House failed to complete — calling witnesses and gathering evidence, as if a trial were nothing more than an extension of an open-ended grand jury probe.

Senate Majority Leader Mitch McConnell and Senate Republicans should not let them get away with it. No trial court would allow itself to be whipsawed this way. A federal judge would tell prosecutors to go back to the grand jury, finish the investigation, and come back to the trial court when they have a case ready to be tried, not investigated.

That is not to say new evidence may not be serious. It may be very serious. It could make the case worse for President Trump. But in any event, there should be just one trial, and it should occur when the investigation is complete.

This is not supposed to be a non-stop grand jury, with an ever-hovering prospect of new articles of impeachment, in addition to an endless stream of newly emerging materials that the Senate is expected to sort out rather than judge.

Leader McConnell and Senate Republicans should hold the two pending articles in abeyance, or vote to dismiss them without prejudice to the House’s re-voting them when its impeachment inquiry is finally concluded.