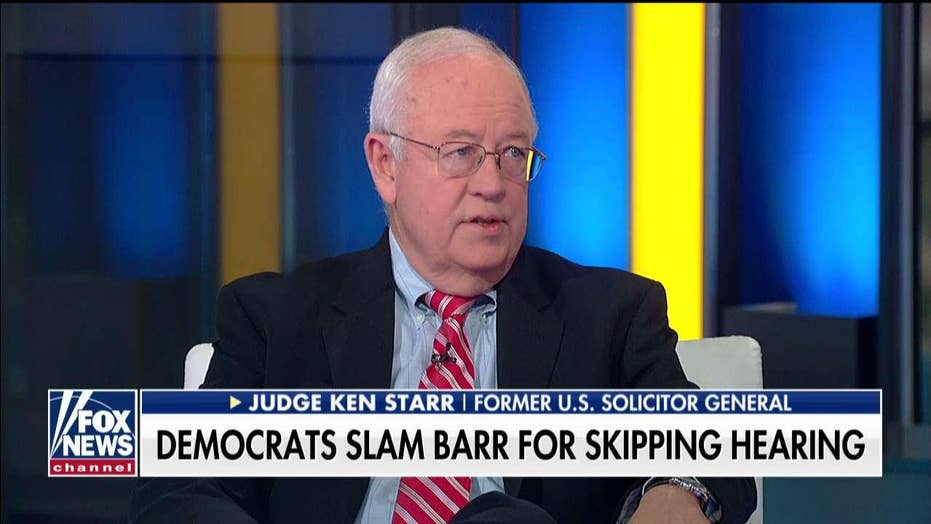 Ken Starr weighs in on "standoff" between Barr, Democrats

I  originally thought this was too stupid to write about. But stupid is like the plague inside the Beltway — one person catches it and next thing you know there’s an outbreak at MSNBC and the speaker of the House is showing symptoms while her delirious minions tote ceramic chickens around Capitol Hill.

So I give you: the Bill Barr perjury allegation.

We are all entitled to our own opinions. But are we entitled to our own facts? Daniel Patrick Moynihan’s bon mot says no, but Washington makes you wonder. Like when spleen-venting about the supposedly outrageous, unbelievable, disgraceful invocation of the word “spy” to describe episodes of government spying is instantly followed by a New York Times story about how the spying — er, I mean, court-authorized electronic surveillance — coupled with the tasking of spies — er, undercover agents — green-lighted by a foreign spy — er, intelligence service — was more widespread than previously known.

If I were a cynic, I’d think people were trying to get out in front of some embarrassing revelations on the horizon. I might even be tempted to speculate that progressives were trotting out their “Destroy Ken Starr” template for Barr deployment (which, I suppose, means that 20 years from now we’ll be reading about what a straight-arrow Barr was compared to whomever Democrats are savaging at that point).

The claim that Barr gave false testimony is frivolous. That is why, at least initially, Democrats and their media echo chamber soft-pedaled it — with such dishonorable exceptions as Mazie Horono, the Hawaii Democrat who, somehow, is a United States senator. It’s tough to make the perjury argument without any false or even inaccurate statements — though my Fox News colleague Andrew Napolitano did give it the old college try. As recounted by The Hill, he twisted himself into a pretzel, observing — try to follow this — that the attorney general “probably misled” Congress and thus “he’s got a problem” ... although this purported dissembling didn’t really seem to be, you know, an actual “lie” so ... maybe it’s not a problem after all. Or something.