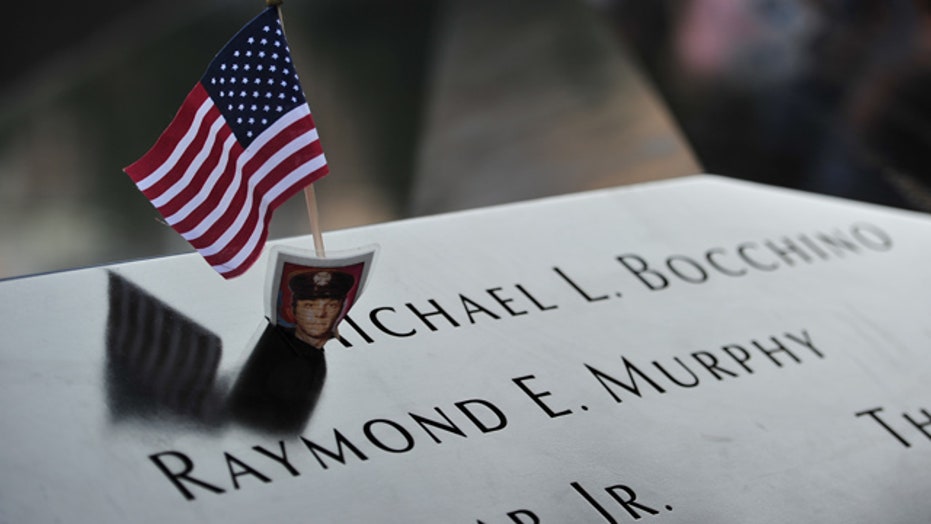 Anne Bayefsky on what has happened America's foreign policy

Born and bred in Canada, I settled in New York City on September 9, 2001. I came via Durban, South Africa, after enduring the U.N.’s virulently racist “anti-racism” world conference.

On September 11, watching the smoke rise from a hundred blocks away and enveloped by the grieving everywhere, I was struck by the unmistakable connection between U.N.-promoted hate and the terror it emboldens.

Who could imagine that a mere twelve years later, in an effort to save his plummeting credibility, the president of the United States would grasp a U.N. straw as a means to realize the very peace and security the organization so notoriously undermines?

Every anniversary of 9/11 we are reminded that the hole in our hearts is still there.This year, the leadership vacuum in this great country is making the emptiness harder to bear.

President Obama’s foreign policy of engagement lies in tatters. Isolated as never before, his major address on Tuesday night was hopelessly incoherent.

He told us that the touchstone for America’s national security interest in Syria was 1,400 people who perished from chemical weapons, not 100,000 Syrians who have died from cruelty of all kinds.

Chemical weapons are different, says the president, “because they kill with no distinction between soldier and infant.” But how is that worse than mass torture, beheading, executions and sexual violence that deliberately target civilians, young and old?

The purpose of this strike, he said, was to prove that the world will not tolerate the use of chemical weapons. But we will tolerate the day-in-and-day-out butchery of thousands of other Syrians, or those elsewhere around the globe?

And then there was the specter of the real evil – the president stressing that not acting will “embolden Iran.” Such a concern is a justification for targeting Iran, not Syria. But to paraphrase John Kerry, the president’s ‘unbelievably small’ backbone won’t carry that weight.

On the contrary, the president astonishingly added that Iran “must decide whether to ignore international law by building a nuclear weapon or to take a more peaceful path.” But Iran is violating international law, is building a nuclear weapon, is training and financing Assad’s killers, is the leading state sponsor of terrorism, and has no intention of pursuing a more peaceful path.

In short, the trust deficit between America and its president is now profound. There were falsehoods about red lines that the president did not set, when he did.

Clamors about the necessity for urgent action, followed by presidential golf games and overseas trips.Claims about coalitions that never materialized.

Tuesday’s U.N. yarn was spun from the same cloth.Just this past Friday the president called proffering more resolutions on Syria at the U.N. “the usual hocus pocus.”

The same day U.N. Ambassador Samantha Power declared: “The international system that was founded in 1945…has not lived up to its promise or its responsibilities…[T]he Security Council the world needs to deal with this urgent crisis is not the Security Council we have.”

With Congressional failure to authorize the use of force around the corner, however, the president said more U.N. hocus pocus is exactly what we need.

He even promised to “give U.N. inspectors the opportunity to report their findings about what happened” – despite the fact that press secretary Jay Carney insisted on August 26: “we do not have confidence that the U.N. can conduct a credible inquiry into what happened.”

The French apparently also believe in magic.They have already proposed a draft resolution finding that the Syrian government used chemical weapons, referring the Syrian case to the International Criminal Court for prosecution, demanding “an exhaustive, complete and definitive declaration of the locations, amount and types of all items related to its chemical warfare program” within 15 days, requiring immediate on-site inspections anywhere U.N. inspectors want to go, and imposing sanctions against any Syrian that disobeys.

Not surprisingly, the Russians cancelled a Council session they had originally called for Tuesday afternoon. And President Putin has started his own list of demands, including an unattainable American guarantee not to use force against Syria.

So while Obama’s snake oil salesmen try selling the U.N. as his latest antidote, here’s where we really stand at the U.N. on the twelfth anniversary of 9/11:

- The United Nations still has no internationally-agreed definition of terrorism.

- The lead counter-terrorism committee, created in the wake of 9/11, has never named a single terrorist, terrorist organization or state sponsor of terrorism.

- A comprehensive convention on international terrorism still has not been adopted.

- 9/11 conspiracy theorist and Boston-terror apologist Richard Falk is still an official U.N. expert. And the U.N.’s human rights and counter-terrorism authority recently declared that “an end to the military conflict with Al Qaeda and its associates [and] the closure of Guantanamo” are “essential for international peace and security."

A far cry, Mr. President, from those “ideals and principles” which were our lifeline twelve years ago.