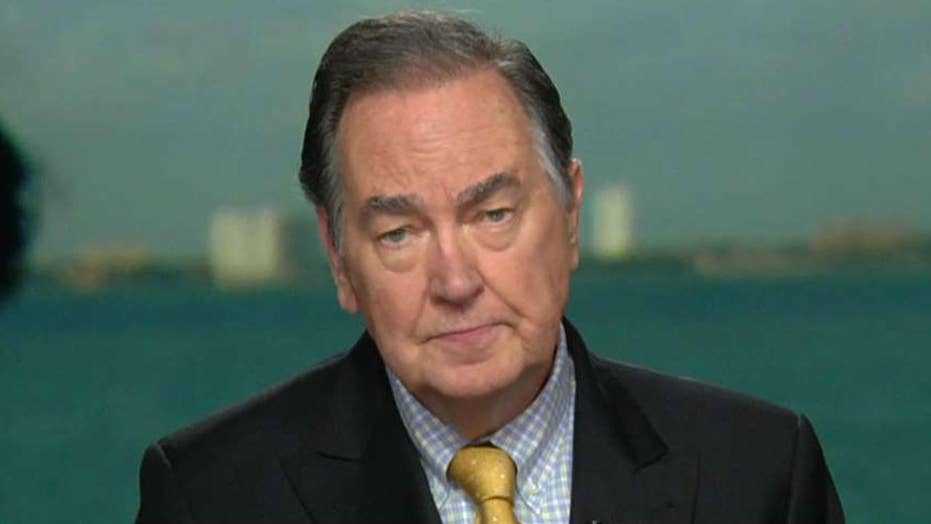 Cal Thomas: United States experiencing the final phase in the fall of its empire

Author of the new book 'America's Expiration Date' claims there is a pattern to the decline of superpowers, nation-states and empires.

Must nations, like a library book, be renewed if one wishes to keep it beyond the date stamped in the back?

If you are too young to remember libraries and borrowing books, think of the date stamped on milk cartons, which indicate its sell-by date beyond which the milk can turn sour.

In my new book, “America’s Expiration Date: The Fall of Empires and Superpowers … and the Future of the United States,” I examine eight empires that believed their economic strength and military power were enough to sustain them well into the future and in the case of the Roman Empire, eternally.

VICTOR DAVIS HANSON: MEMBERS OF PREVIOUS GENERATIONS NOW SEEM LIKE GIANTS — WHEN DID WE BECOME SO SMALL?

Nations are made up of people. While modes of transportation, hairstyles, clothing and other things change, human nature remains the same. A nation’s strength and sustainability require more than economic and military success. There are issues of character and virtue that are stronger supporters and sustainers of any nation. As the Psalmist asked, “If the foundations be destroyed, what can the righteous do?” He isn’t talking about money and a military.

The book is inspired by the late British diplomat Sir John Glubb, who found a pattern to the decline of nations. He said that pattern has not changed in the 4,000 years of history he studied and that the average age of great nations is 250 years. Rome was an exception, but even Rome followed the same path to self-destruction.

The final stage before collapse is what Sir John calls “decadence.”

This includes uncontrolled immigration without assimilation. No nation can be sustained if it forgets its identity and fails to absorb new immigrants, requiring they learn the native language and understand the native history while leaving behind the agendas and issues of the country from which they came, while obeying the laws.

In the past, immigrants came to America to become fully American. Now, in too many cases, we are becoming hyphenated Americans and have devolved into “tribes” that don’t know or even speak to each other.

Massive national debt is another cause of the decline of superpowers. The U.S. currently is $23 trillion in the red (and counting). Neither political party will do what is necessary to reverse course, though both parties know entitlement reform is a key to the restoration of financial stability.

A third contributor to national decline is military overreach. The U.S. has troops all over the world. In some cases – especially in Afghanistan and now increasingly in the Middle East – the wars seem never to end. They are costly in blood and money and victory continues to elude us.

The loss of a shared morality and abandoning God are perhaps the greatest contributors to decline. We live in an “anything goes” culture in which everything is to be tolerated, except those who disagree, who are denounced as intolerant and bigots. The Pew Research Center asked millennials their religious preference. Twenty percent said “none.” A nation that does not have a transcendent sense of purpose beyond just existing will not exist for long.

Sir John Glubb calculated that the average age of empires and superpowers is 250 years. On July 4, 2026, the United States will be 250 years old. We have been living off the inertia of past generations. Ronald Reagan used to say we are only one generation away from losing it all. Nations, like library books, must be renewed by each generation and sometimes within a generation if they are to survive or exist beyond mere shells of their former selves, like the United Kingdom, which is no more united, much less still a kingdom in its historic sense.

There is still time to turn things around, but that time is growing short. I offer some positive suggestions in the book for how this might be done.

It will be up to us now living to determine whether those alive on July 4, 2026 will be celebrating a renewed national life, or mourning as at a funeral.