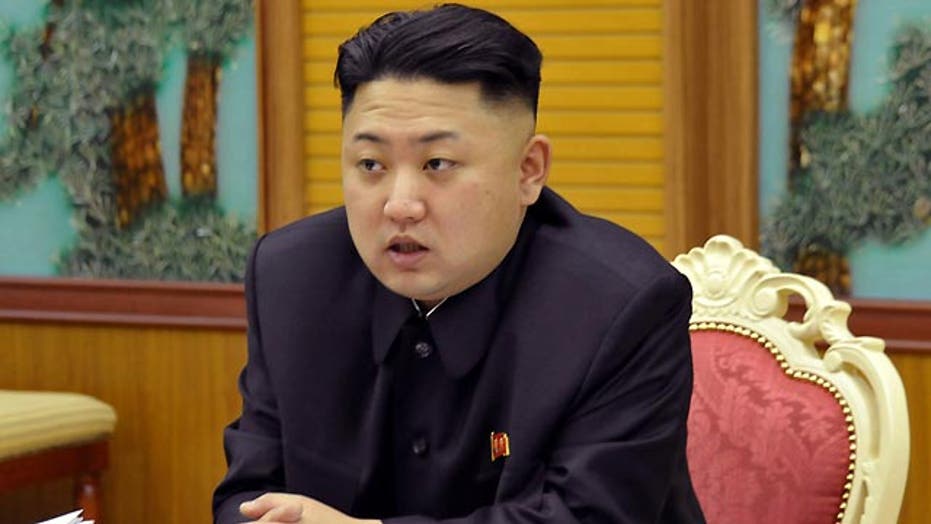 This week, North Korea threatened to nuke Washington. If that does not constitute a hostile signal, then nothing does. And yet, there is a tendency among Washington officials and Asia hands to ignore Pyongyang’s bellicose language.  Problematically, these individuals also downplay North Korea’s capabilities—even as they grow steadily stronger.

Like a crazy uncle, the Kim regime in Pyongyang can be counted on to make truly outrageous statements—often in the wake of truly outrageous conduct. Whether threatening to turn allied cities into a “sea of fire,” labeling the USA as an “imperialist aggressor,” or branding regime critics as “political dwarfs,” Pyongyang’s PR people could make even the ghosts of Nazi propagandists like Joseph Goebbels blush.

With those in allied capitals responsible for defending against North Korea, there is a tendency to tune this out. After all, how can a country with widespread malnourishment, economic output the CIA estimates to be just about 3% of that of its southern neighbor, and a large but obsolete military really purport to take on anyone?

Indeed, after going through the motions of condemning North Korea after one of its brazen acts, officials on both sides of the Pacific tend to forget about Pyongyang until the next incident. This week’s sanctions from the U.N. Security Council, said to “bite hard” by U.S. Ambassador Susan Rice, are nearly identical to previously applied sanctions that proved as vacant as Chinese promises to pressure their client state.

Unfortunately, this tendency to tune out Pyongyang also distracts from what should be an alarming trend: North Korea’s capabilities have been steadily improving.

After Pyongyang’s first nuclear test in 2006 yielded only about one kiloton, U.S. officials refused even to designate North Korea as a nuclear-weapons state.  (By comparison, the bomb dropped on Hiroshima was about 16 kilotons; the largest U.S. weapon ever tested was 15,000 kilotons.)  Similarly, the high frequency with which North Korean missile tests ended in catastrophic failure led to chuckles about the threat from a penny-ante dictator with laughable ambitions who seemed to be living up to a parody of himself.

But as with our own nuclear and rocket programs, every failure is a step on the path to success. Scientists approximate North Korea’s February nuclear test to have achieved a yield of seven kilotons.

In December, its missile test involved a successful multistage separation and put an object into space. While the North Korean military may not yet be able to push a button and launch a nuclear assault on an American city, it is clearly on a trajectory to have that capability one day.

Moreover, even if North Korea never initiates a general war, it is pushing ahead with its most immediate dangerous activity: proliferation.

Everything North Korea has accomplished in recent months has burnished its catalog of weapons systems and know-how. These are routinely sold to rogue regimes around the world. Syria has been a recent customer; North Korea helped it build a carbon copy of Pyongyang’s plutonium-producing reactor (since destroyed by Israel).  Iran and North Korea cooperate closely as well.  Reports indicate officials from both countries have been present at each other’s nuclear sites.  This is the more likely path to North Korea’s nuclear program destroying an American or allied city.

Thus, the crazy uncle of Northeast Asia cannot be ignored. The Obama administration seems to accept this, but the only idea the Washington foreign policy establishment ever has with North Korea is to talk more to the regime.  The two previous U.S. administrations tried this, and it is clear Pyongyang only engages in talks to extract foreign aid and buy time; never to follow through with promises to disarm or behave.

Washington should remember what won the Cold War.  A combination of opposition within dictatorships and a growing external military posture were the precursors of oppressed people freeing themselves—and ending the threat.  To adapt this to North Korea and the changing threat it poses, the U.S. should move intermediate-range nuclear cruise missiles to the region.  To make deterrence seem more real, we should also have a NATO-style Nuclear Planning Group with Canada, Japan and perhaps other Pacific allies.  This could finally force China to rethink its sponsorship of North Korea, as Beijing’s own security would be negatively impacted for the first time.

Combined with this, the U.S. and other free countries should aid dissenters in North Korea.  They are there, but keep their heads down to survive in the gulag nation.  Funding independent media broadcast from outside North Korea would replicate something that worked well during the Cold War.  It would give an encouraging, peaceful lifeline of information to beleaguered North Koreans.

Freedom for North Koreans—not U.N. pronouncements or endless diplomatic talks—will be the long-awaited harbinger for security in the Pacific.