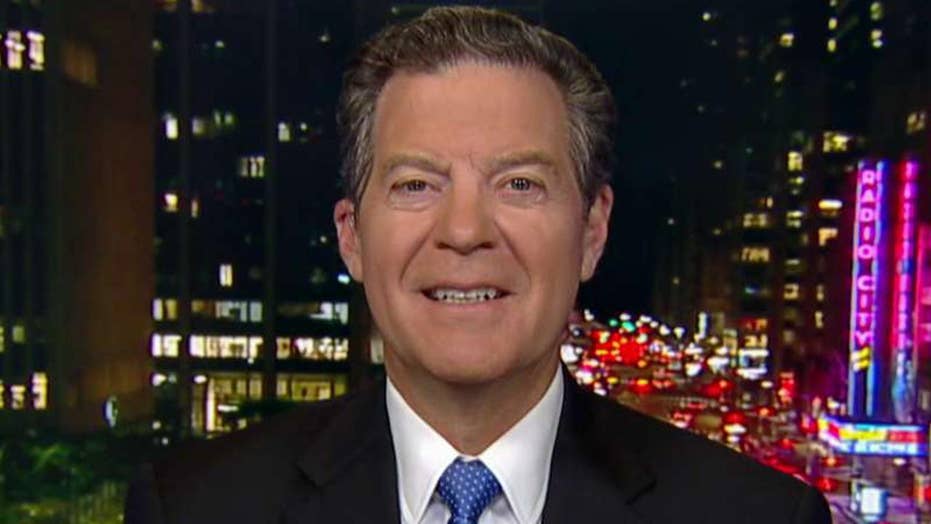 Ambassador Brownback on the fight for religious freedom

Thirty-five years after establishing formal diplomatic relations, the United States and the Holy See partnered in an unprecedented way.

On Oct. 2 in Vatican City, the U.S. Embassy to the Holy See and the secretariat of state of the Holy See co-hosted a symposium, “Pathways to Achieving Human Dignity: Partnering with Faith-Based Organizations.”

JIM DALY: IT'S BRING YOUR BIBLES TO SCHOOL DAY – A CELEBRATION OF RELIGIOUS FREEDOM AND GOD'S LOVE

The United States and the Holy See appreciate and value the role of faith-based organizations in advancing peace and security. Faith-based organizations distribute aid to those in need, serve as lifelines for communities and individuals experiencing unfathomable hardships, and advocate for the oppressed. They often have extensive experience and unparalleled access to local populations, and are dedicated to advancing freedom and human dignity.

As President Trump said in his May 2018 Executive Order establishing the White House Faith and Opportunity Initiative, “These organizations lift people up, keep families strong, and solve problems at the local level. The federal government welcomes opportunities to partner with such organizations through innovative, measurable and outcome-driven initiatives.”

There has never been a more critical time to work with faith-based organizations to address these issues.

A shocking 83 percent of the world’s population live in nations where religious freedom is either threatened or denied entirely. The United States is committed to turning that tide.

President Trump issued the first global call to protect religious freedom at the United Nations on Sept. 23, and, in his Sept. 24 address to the 74th session of the U.N. General Assembly, vowed that “Americans will never tire in our effort to defend and promote freedom of worship and religion. We want and support religious liberty for all.”

On every continent and in nearly every community, through their unique ability to build trust and encourage dialogue, faith-based organizations can play a critical role in this effort. And as Secretary Pompeo stated in his remarks at the symposium, the United States will have their back: "In the Trump administration, you have the strongest advocates for religious freedom in the history of our country."

Human traffickers also continue to plague communities around the world. President Trump and Pope Francis share a commitment to combat this global challenge, which necessitates a cooperation across governments, faith-based organizations, individuals, corporations, media and others.

And faith-based organizations can help governments offer assistance in places where they have neither the infrastructure, experience nor community contacts to make an impact. That's why the Trump administration now delivers aid from U.S. Agency for International Development (USAID) to faith-based organizations to support persecuted minority groups in the Middle East and elsewhere.

Our diplomatic relationship with the Holy See plays a major role in this effort. The Catholic Church, through its extended network of non-governmental organizations, is one of the greatest humanitarian forces in the world. As Archbishop Gallagher noted in his opening remarks, “The aim of our collaboration is to build a society which is truly tolerant and inclusive and to safeguard the dignity and the inalienable rights of every human person.”

The Oct. 2 symposium featured representatives from a number of prominent faith-based organizations, including the Community of Sant’Egidio, Aid to the Church in Need, the AVSI Foundation, Caritas Internationalis, the Adyan Foundation, and Talitha Kum. To lead by example, I announced at the symposium that the U.S. Embassy to the Holy See will award financial grants to each organization to support their work in the coming year.

These organization leaders were joined by senior U.S. and Holy See officials from numerous departments and agencies, including the USAID, the U.S. State Department’s Office of International Religious Freedom, Office to Monitor and Combat Trafficking-in-Persons, the Holy See’s Pontifical Council for Interreligious Dialogue, and the Dicastery for Promoting Integral Human Development.

As Cardinal Parolin said in his concluding remarks, “The challenges are many and great, but we should face them with faith and commitment. We know that God is with us when we engage to promote human dignity.”

Now, it’s time for all of us to take the lessons of our symposium forward – to encourage like-minded governments and leaders everywhere to partner with and to support faith-based organizations. Together we can achieve real and lasting freedom and human dignity for all.