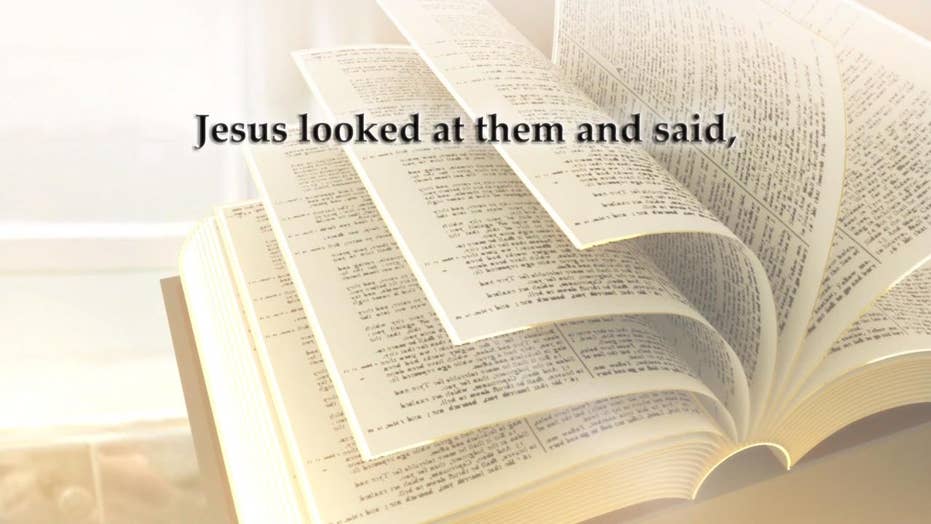 'When I am afraid I will trust in you': Child crushed by vehicle survives, credits bible verse for saving him

Only days ago, we were reading headlines about tens of thousands of kids walking out of their classes to protest the "climate crisis." In a show of support, several school districts announced they were granting excused absences.

“1.1. Million Can Skip School for Climate Protest,” a New York Times headline trumpeted above a story explaining that the nation’s largest school district would grant passes to the protesters.

This week, it will be fascinating to see how the national media -- as well as the nation’s largest school districts -- respond to the hundreds of thousands of students participating in Bring Your Bible to School Day on Thursday.

Will these students’ efforts to freely express their faith receive equal levels of school district support and glowing media coverage?

It’s not a hypothetical question, considering the stories we hear from students like Isabella, an elementary school student who was taken to the principal’s office after asking permission to share a Bible with a friend.

Growing from just 8,000 students in 2014 to 500,000 within six years, Bring Your Bible to School Day is annually sponsored by Focus on the Family. On the first Thursday of every October, students engage in a visual celebration of religious freedom by taking one simple step: Bringing their personal Bibles to school and initiating conversations about how God’s love has changed their lives.

Bring Your Bible to School Day is a student-led event. It’s up to students to lead and organize the event in their individual schools. It differs from recent climate change walkouts in some notable ways.

First, rather than walking out in protest, Bring Your Bible participants are walking into their schools with a message of hope and an effort to begin conversations. Take Perry, for instance, a 17-year-old high school student in Colorado. He has brought his Bible with him to school every day since he was in middle school. “I want to be real at school, and at church, and with my friends,” he explained.

But the real test of his faith came when his mother was suddenly diagnosed with cancer during his junior year in high school. He said reading just a few Bible verses a day brought peace and emotional stability. “That’s what really got me through that -- just practically digging into God’s Word.” And now he wants the freedom to talk about that spiritual strength with other classmates.

Another reason these kids are walking into the schools, rather than out of them, is that they want more dialogue, not less. For example, Hailey is an elementary school student who organized a bilingual event in her southern California school district. “Some of the kids,” she said, “they were different religions and they also wanted to learn. … I feel more open about talking about Jesus at school because of that.”

Of course, adults have been demonstrating a much different standard lately: You may recall seeing all the recent headlines about a smear campaign launched against NFL quarterback Drew Brees after he recorded a simple 20-second video shout-out encouraging students to "live out your faith" and know "you’re not are not alone" on Bring Your Bible to School Day.

I guess the onslaught of intimidation tactics isn’t all that surprising. After all, it’s hard to miss all the repeated headlines these days about Christians being marginalized for their faith -- whether it’s Second Lady Karen Pence, who was attacked for teaching art at a Christian school, or Chick-fil-A being banned from airports due to the owners' biblical beliefs.

These stories remind us why events like Bring Your Bible to School Day are needed. It’s vital to empower the next generation with the understanding that they don’t have to hide their faith or compartmentalize it to the "private" sphere. The nation’s Judeo-Christian heritage protects their right to boldly, authentically and freely live out their faith without fear of punishment.

Meanwhile, as some adults continue to engage in smear campaigns designed to muzzle religious perspectives, perhaps we can take a cue from some of the youngest members of our society: The hundreds of thousands of kids like Perry, Hailey and Isabella who provide us with a simple, yet powerful portrait of courage -- the kind of courage it takes to start a simple conversation with someone you care about. Let’s hope those examples will remind all Americans of the principles of civility, free expression and open dialogue that we once held so dear.