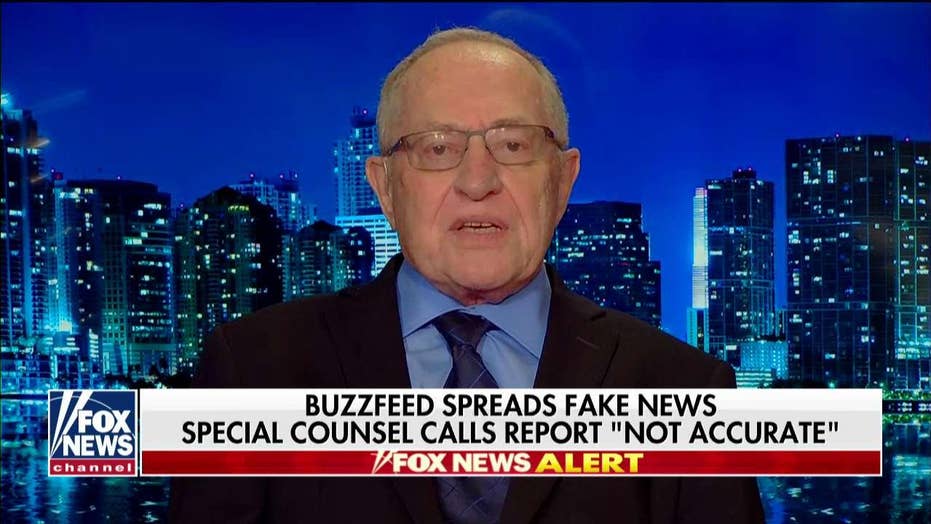 As soon as I read the explosive BuzzFeed News report alleging there was evidence that President Trump had directed his former attorney Michael Cohen to lie to Congress, I was very suspicious.

Even before the Office of Special Counsel Robert Mueller issued a statement Friday night saying that the BuzzFeed account was “not accurate,” I wrote an op-ed for the New York Daily News raising questions about whether there was actually credible evidence that Trump suborned perjury or obstructed justice by telling Cohen to lie to lawmakers.

It seemed obvious that there were no smoking gun emails containing any such direction from the president. Nor would there be eyewitnesses to any such alleged conversation.

Unlike the obstruction of justice case that led to articles of impeachment being drafted against President Nixon and his resignation – where tape recordings proved criminal conduct by Nixon – the accusations against President Trump would have to rely on the credibility of Cohen, who has a long history of lying and little if any credibility.

In fact, Cohen was sentenced in federal court in December to three years in prison after pleading guilty to lying to Congress, campaign finance violations and financial crimes.

President Trump’s spokeswoman and his lawyers strongly disputed the BuzzFeed report, which was published Thursday, even before the statement from Mueller’s spokesman knocking down the story.

“Two words sum it up better than anything anybody else can say, and that is ‘categorically false,’” White House press secretary Sarah Sanders said Friday.

The anti-Trump pundits have been wrong so often that the only people who persist in believing them are Trump opponents who dream of seeing him forced out of office and maybe even winding up in prison.

That was followed by the Friday night statement of Mueller spokesman Peter Carr, who said: “BuzzFeed’s description of specific statements to the special counsel’s office, and characterization of documents and testimony obtained by this office, regarding Michael Cohen’s congressional testimony are not accurate.”

But despite the obvious weakness of the BuzzFeed report, many members of the “get Trump at any cost” brigade were busy digging Trump’s political grave and getting ready to dance on it soon after the BuzzFeed report became the focus of massive news coverage.

Prominent congressional Democrats speculated about impeaching President Trump or calling for his resignation – and made plenty of false analogies to the articles of impeachment that had been drafted in the Nixon case.

As is typical of the “get Trump” media, wishful thinking took the place of thoughtful analysis and journalistic skepticism.

The anti-Trump pundits have been wrong so often that the only people who persist in believing them are Trump opponents who dream of seeing him forced out of office and maybe even winding up in prison.

By any objective standard, these self-appointed media “experts” have lost all credibility.

I wish the media would go back and show the categorical statements and confident predictions of their paid commentators who have been proven wrong so many times. Their record of accurate predictions is nothing to brag about.

In fact, BuzzFeed itself has repeatedly misreported allegations against President Trump. Even after Mueller’s office made the rare public statement Friday night to say that the BuzzFeed reporting was not accurate, BuzzFeed defended its accusation that President Trump had told Cohen to lie to Congress about negotiations by the Trump Organization to build a Trump Tower in Moscow.

BuzzFeed Editor Ben Smith tweeted Friday night: “We stand by our reporting and the sources who informed it, and we urge the Special Counsel to make clear what he’s disputing.”

Cohen had testified before Congress that negotiations on the Trump Tower deal – which never was finalized – ended in January 2016, before the beginning of presidential primaries. But prosecutors said later that the negotiations continued as late as June 2016, after Trump was clearly going to become the Republican presidential candidates.

Now that Mueller’s office has stated the BuzzFeed report that Trump told Cohen to lie to Congress about the negotiations was not accurate, how can the BuzzFeed possibly say the special counsel’s office is wrong?

Do the journalists at BuzzFeed know something the special counsel and his team of prosecutors and investigators don’t know? Do these reporters and editors think the special counsel is not being accurate? Or are they doubling down to avoid the embarrassment of admitting they were wrong?

The American people are the real victims of “wishful thinking” journalism – the reporting of items journalists wish were true rather than items that pass journalistic standards.

The public has no way of discerning good reporting from wishful reporting, particularly when the reporting is based on unidentified sources.

The worst offenders are the so-called expert commentators who pollute the media with unfounded and biased speculation based on partisan agendas rather than real expertise and experience.

The media should have standards – based on proven track records of accuracy – that their commentators must satisfy before they can opine or predict.

I must admit that my hope for more accurate reporting and less partisan commenting is itself wishful thinking, but there is a place for such thinking. That place is not in reporting facts or predicting outcomes.

The job of the media is to report the facts – not to engage in endless speculation without a factual basis.