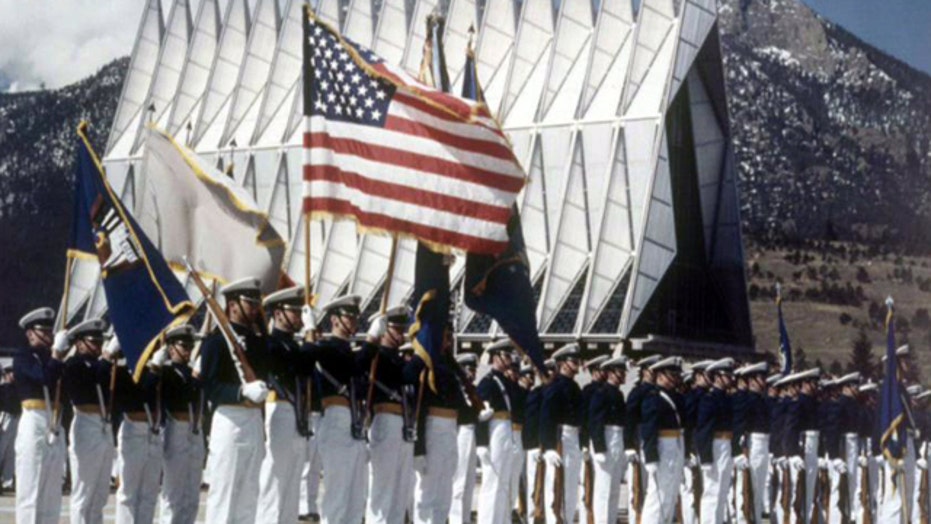 The Air Force Academy has decided to make the phrase “so help me God” optional in its honor code in what it called an effort to “build a culture of dignity and respect.”

The decision to make the reference optional came after the Academy’s Honor Review Committee met to consider a complaint filed by the Military Religious Freedom Foundation (MRFF).

“Here at the Academy, we work to build a culture of dignity and respect, and that respect includes the ability of our cadets, Airmen and civilian Airmen to freely practice and exercise their religious preference - or not,” Lt. Gen. Michelle Johnson said in a prepared statement.

The current version of the Academy’s oath reads: “We will not lie, steal or cheat nor tolerate among us anyone who does. Furthermore, I resolve to do my duty and live honorably, so help me God.”

“In the spirit of respect, cadets may or may not choose to finish the Honor Oath with ‘So help me God,’” said Johnson, the superintendent of the Academy.

The Honor Oath was created in 1984 and is administered to cadets at the conclusion of Basic Cadet Training.

The phrase “so help me God” was added later in the aftermath of an alleged cheating scandal.

“To add more seriousness to the oath, we decided to mirror the commissioning oath and add the words, ‘so help me, God,’” said retired Brig. Gen. (Ret.) Hans Mueh, a member of the committee that made the change.

“These young Americans being trained to defend the rights of Americans should be able to exercise their religious convictions by solemnizing their oath with so help me God,” he said.

Last week, the Colorado Springs Independent newspaper published a photograph of a poster at the academy which included the oath. The newspaper then forwarded the photo to MRFF President Mikey Weinstein.

Weinstein, a frequent critic of Christianity in the armed forces, wrote a letter to Johnson. Weinstein said she responded 68 minutes later - and ordered the art work removed.

Johnson said the focus of the Air Force Academy is to develop “leaders of character.”

“This all begins by living honorably,” she said. “The Honor Code and Honor Oath reinforce this fundamental value.”

Although the Almighty reference is now optional, the recitation of the remainder of the Honor Oath is required.

Todd Starnes is host of Fox News & Commentary, heard on hundreds of radio stations. Sign up for his American Dispatch newsletter, be sure to join his Facebook page, and follow him onTwitter.