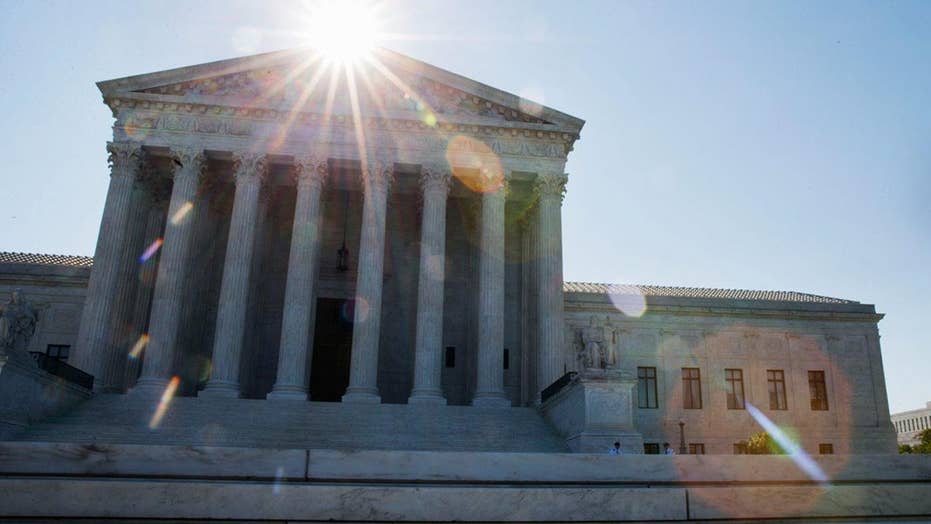 What to know about the potential Supreme Court picks

President Trump's list for the Supreme Court nominees is down to the final three. Former clerk for Justice Kennedy provides insight.

Almost immediately after news broke June 27 that Justice Anthony Kennedy was retiring from the Supreme Court, liberals and Republican Sen. Susan Collins of Maine (but I repeat myself) began warning President Trump not to nominate an “activist judge” who would overturn “precedent.”

Translation: Mr. President, don’t you dare send us a nominee who would overturn Roe v. Wade! The 1973 Supreme Court decision that legalized abortion nationwide has been a hot-button issue ever since it was handed down, with the Right to Life movement working to overturn it.

The liberals rightfully recognize that Roe v. Wade might be overturned by a more conservative Supreme Court faithful to the original meaning of the Constitution and the intent of its framers.

The simple fact is that the Supreme Court created a constitutional right to abortion out of whole cloth 45 years ago with the Roe v. Wade decision.

The founders didn’t contemplate or intend the courts to be policymakers and legislate from the bench – a favorite tactic of the left.

So progressives are right to be afraid that whoever President Trump appoints to the Supreme Court will join other conservatives in repealing Roe – a flawed decision that should never have been made in the first place.

Like millions of other Americans, I believe that protecting the lives of millions of unborn children is our moral duty. The media might ignore our view, or try to portray us as opponents of women’s rights, but hundreds of thousands of Americans have marched on Washington every year since Roe v. Wade was handed down, calling for an end to the abortion-on-demand industry in America.

And no matter how you slice the polls, a consistent majority of Americans believe abortion should at least be restricted.

Now Democrats lament overturning precedent in their frantic efforts to keep the abortion industry in business – unless that precedent is at the state level, where Democrats can’t get the votes to overturn the population’s views.

This obsession with preserving precedent puts Democrats in the position of placing value on upholding past decisions whether they are good or bad. But when something is rotten to the core, you have to tear it out at the roots.

And there is precedent for overturning Supreme Court precedents. The Supreme Court has erred in the past by dehumanizing African-Americans in decisions like Dred Scott v. Sanford, and Plessy v. Ferguson that justified the moral injustices of slavery and racial segregation. It erred in 1973 with the Roe v. Wade decision in dehumanizing unborn children and justifying aborting them.

So Supreme Court precedent is not sacrosanct. Justices on the nation’s highest court are fallible human beings and they can make – and have made – mistakes. No one should pretend that Roe v. Wade was handed down to us on stone tablets from God.

On a broader level, many on the left are finally realizing that the Supreme Court – one of their favorite tools to force their political beliefs on the rest of the country – could be out of their control for decades after the appointment of a new conservative justice.

Republicans followed Reid’s lead and extended his jettisoning of the two-third nominating requirement to the Supreme Court.

Because Republicans – who hold 51 seats in the Senate— need only 51 votes to confirm the next justice, you might think they’d have no problem confirming whoever President Trump nominates.

However, Republican Sen. John McCain – being treated for brain cancer in his home state of Arizona – is not expected to be well enough to come to Washington to vote. And Sen. Collins has indicated she will oppose any nominee who she thinks will overturn Roe v. Wade. Sen. Lisa Murkowski, R-Alaska, might also vote against a nominee she thinks would overturn Roe.

All this means the outcome of a confirmation vote is uncertain. Republicans are hoping to pick up a small number of Democratic votes to close the gap, with the expected Democratic votes coming from the 10 red state incumbent Democratic senators up for re-election in November.

Most Republicans want to put the Supreme Court out of reach of the left for a generation or more. In fact, the fight for the Supreme Court is why many evangelicals and Catholics broke late for Donald Trump in the 2016 presidential race. He rewarded them with the appointment of conservative Justice Neil Gorsuch to the Supreme Court.

It appears the president will again reward his base with another relatively young Federalist Society judge who will show a fidelity to the Founding Fathers’ view of the Constitution – a terrifying thought to the left. That’s because the founders didn’t contemplate or intend the courts to be policymakers and legislate from the bench – a favorite tactic of the left.

So as our friends on the left yet again wade through the various stages of grief – they so wish a President Hillary Clinton would be appointing Supreme Court justices to their liking – I would tell them: terrible Supreme Court decisions make for terrible precedent.

Just as the Supreme Court overturned the Dred Scott and Plessy decisions, the high court should overturn Roe v. Wade. Activist liberal justices should not impose their personal pro-abortion views – which have no basis in the Constitution – on our nation via judicial fiat.