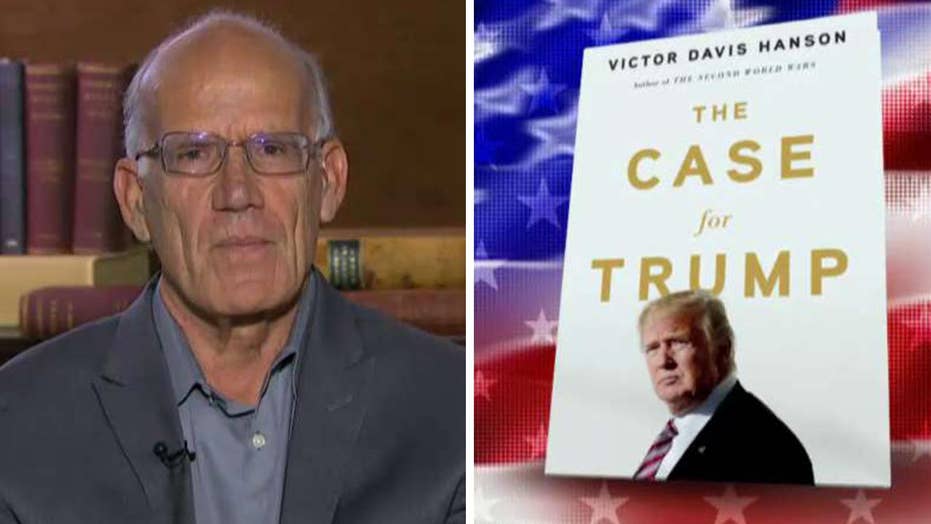 “He had a perfect con. He had everyone locked in the basement and nobody can hear anything and he can selectively leak the opening statements and there won’t be any cross-examination,” Hanson, author of "The Case for Trump" told, “Tucker Carlson Tonight.”

“We all knew that to see Adam Schiff and to hear him is not to like him," Hanson added, "and he drove all of the polls on Trump down and impeachment up and then he went public and it turned out [like] what we all expected, that we wouldn’t want to hear this guy or look at it."

"It was all hearsay so, in the end, they [House Democrats] were giving sermons about why hearsay is admissable,” Hanson concluded.

The House Intelligence Committee has held five days of public hearings over the past two weeks in the impeachment inquiry, which centers on a July 25 phone call between Trump and Ukraine President Volodymyr Zelensky.

Meanwhile, a senior administration official told Fox News Friday that the White House wants its lawyers to be able to cross-examine and call witnesses if the House Judiciary Committee takes up articles of impeachment.

White House lawyers would also like to cross-examine Schiff, D-Calif., if he presents the report from the House Intelligence Committee.