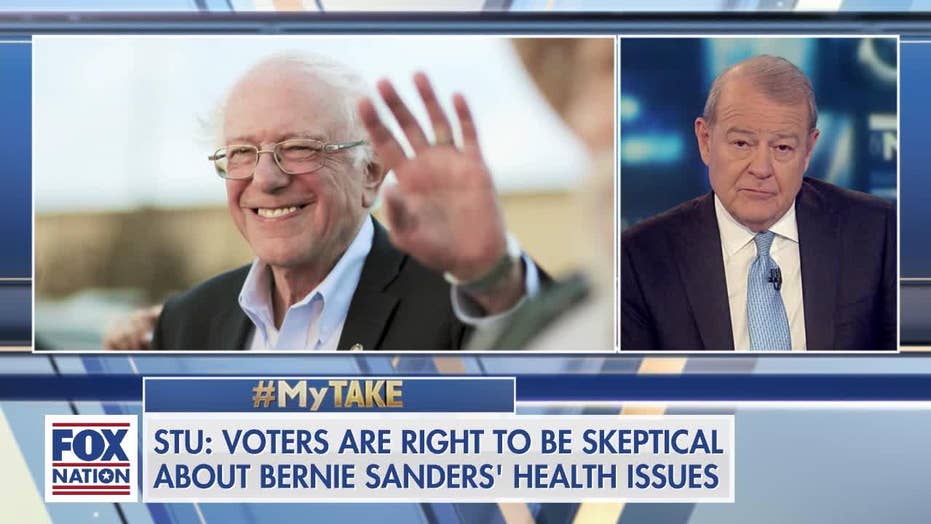 2020 Democratic candidates are finding themselves in a "Monday mess," according to Fox Business host Stuart Varney.

Discussing the latest developments on his Fox Nation show, "My Take," Varney said Democrats are scrambling in fear as they begin to realize "that none of them can beat Donald Trump"  -- and he believes Americans will stick with the president despite an open impeachment investigation.

"For the 2020 Democratic hopefuls, it is in my opinion, a Monday mess," Varney said. "There's mounting anxiety that none of the Democratic candidates can launch a campaign that will beat Donald Trump."

"Of course," Varney continued, "if you scan the news of the day, you'd think the world turns on impeachment, you'd think the Trump presidency is on its last legs...that's the media's never-ending obsession. Look beneath the screaming headlines, and it's the Democrats' presidential campaigns that are in real trouble."

Delving into the Democratic frontrunners, Varney responded to 2020 candidate Joe Biden's recent statement, in which he wrote that he intends to "beat Trump like a drum" in 2020.

Biden has had trouble collecting donations recently, Varney said, after he found himself in the middle of the investigation against President Trump over the content of a phone call during which Trump spoke with Ukrainian President Volodymyr Zelensky about Biden and his son Hunter's business dealings in Ukraine.

"He is a casualty of the impeachment, he is collateral damage," said Varney in an earlier interview. 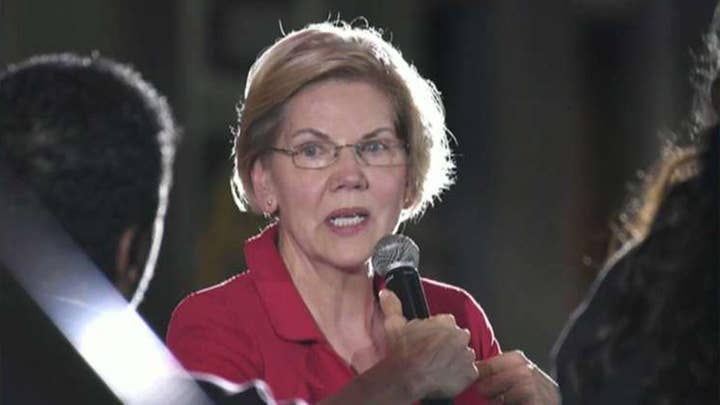 Varney then turned to Bernie Sanders, who recently took a break from the campaign trail after he ended up in the hospital with heart complications and underwent an emergency procedure to repair a blocked artery, according to his campaign. It was later disclosed that he had suffered a heart attack.

Varney argued that Sanders' hospital visit lends credence to those questioning whether his age will get in the way of securing a spot in the Oval Office.

"We wish the Senator well," he said, "but voters have to be a little skeptical that a 78-year-old can return for a year of exhausting campaigning."

"Warren proposes a wealth tax, a lobbying tax, a corporate profits tax, a higher social security tax on the rich, a  higher income tax, and a higher tax on gunmakers... Simply put, the calmer voices in the Democratic party understand that Elizabeth Warren is unelectable," Varney said.

"The top three all have their troubles and the rest of the pack has failed to break through," concluded Varney.

"Wouldn't you think that, with the President under impeachment threat, the candidates trying to succeed him would be powering ahead? They're not," he added.

"It's Trump who has raised the most money, it's the Trump base that is united. I'll repeat," he continued, "eight days before the next debate it's a Monday mess for the Democrat hopefuls."