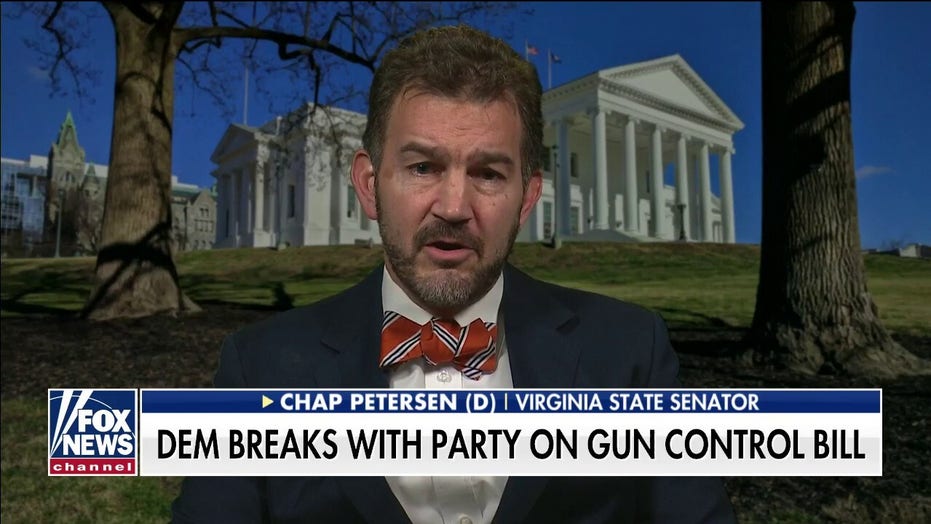 Dem who broke with party on gun control bill explains why

Democratic Virginia Sen. Chap Petersen told 'Fox &amp; Friends' he had two problems with Democratic Gov. Ralph Northam's gun bill and he was surprised the bill came over from the House of Delegates.

Virginia Democratic State Sen. Chap Petersen said Tuesday he was surprised that a controversial assault weapons ban bill was brought to the state's Senate from the House of Delegates.

Appearing on "Fox & Friends" with host Pete Hegseth, Petersen said that he voted to stop the gun-control measure because it needed some amendments he could not overlook.

"I had two problems with the weapons ban bill we voted on yesterday," he said.

According to Chapman, the first problem was that the categories of weapons and component parts that were impacted were too broad.

Secondly, he said that the retroactive portion of the bill was unfair.

"In other words, if you went out and legally purchased a weapon or legally purchased a particular part, just simply by owning that you could become a class VI felon or class I misdemeanant. And that, to me, it's not fair, it's not due process, and that was what really bothered me the most," he told Hegseth.

The assault weapons ban -- one of several Virginia bills that prompted armed protests at the state Capitol earlier this year -- died in committee Monday despite the backing of the state's Democratic Gov. Ralph Northam and the legislature's Democratic majority.

Four Democrats -- including Chapman -- broke ranks with their party to reject the bill. Sens. Creigh Deeds, Scott Surovell, and John Edwards also joined their Republican colleagues across the aisle to send it back to the state's Crime Commission in a 10-5 vote.

A crowd of gun-rights activists packed into the committee room cheered as the vote came in. 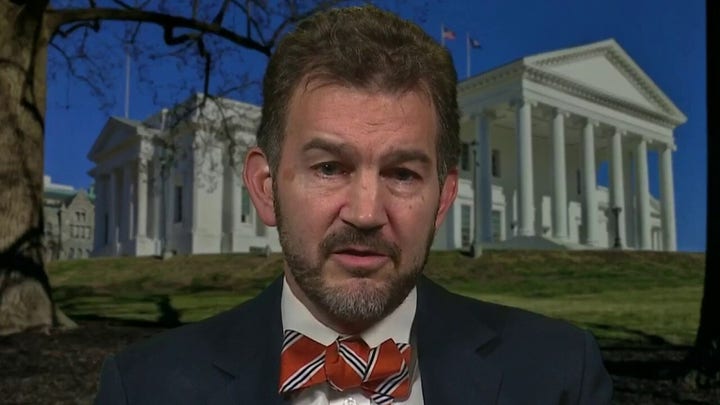 The bill, which advanced after a shooter killed 12 people at a Virginia Beach municipal building in May of 2019, would have prohibited the sale or transfer of assault weapons as of July 1, but critics claimed the measure was not clear enough on how it defined assault weapons.

Northam, who had personally lobbied senators ahead of the vote, was "disappointed" in the outcome, but expects the state's Crime Commission to give the measure the detailed review senators had called for.

Any action on assault weapons in Virginia is now put off until at least 2021. Virginia's legislative session will end on March 7.

Democratic Sen. L. Louise Lucas audibly referred to the defectors as a "bump of wimps" from the dais, according to The Washington Post.

However, Petersen said that listening to his constituents and pro-Second Amendment activists were very "helpful" and mattered to his decision-making process.

"I probably would have voted the same way anyhow, but it was important to hear from people," he concluded.

Fox News' Tyler Olson and The Washington Post contributed to this report.