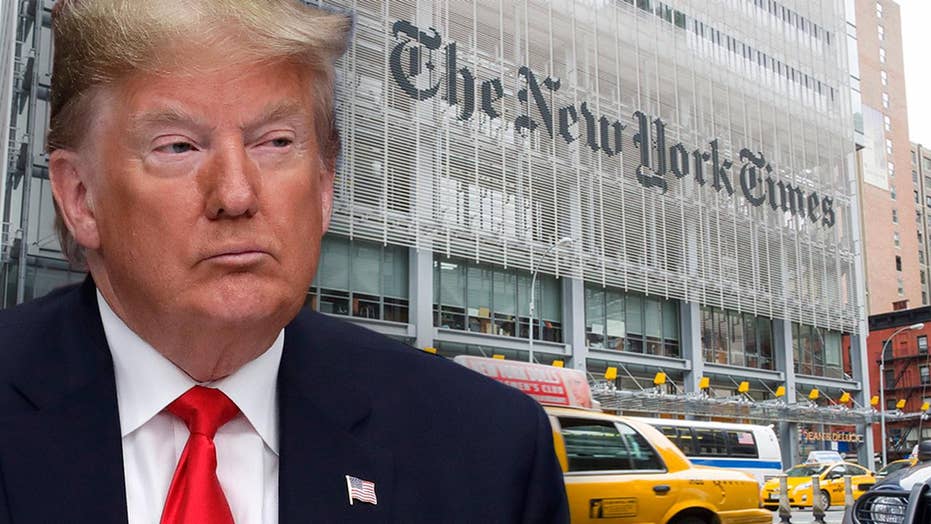 Media reporter for The Hill Joe Concha sets the record straight on the state of journalism.

President Trump lashed out at CNN on Wednesday night, suggesting parent company AT&T should make changes to the liberal network because of ratings and credibility issues.

“Can’t believe @ATT keeps the management after yet another @CNN ratings dive,” Trump tweeted. “Nobody watching, NO CREDIBILITY! Maybe they should make changes at AT&T?”

AT&T did not immediately respond to a request for comment.

Trump has feuded with CNN on a regular basis since taking office but his history with the liberal network’s top executive goes back significantly further. CNN Worldwide president Jeff Zucker was in charge of NBC Entertainment back in 2003 when he greenlit “The Apprentice,” which helped increase Trump’s star power.

When Trump initially entered the world of politics in 2015, Zucker’s CNN frequently aired his rallies and sometimes focused on an empty podium while anticipating the former reality TV star’s public appearances. Zucker eventually turned on Trump and is now frequently accused of implementing an anti-Trump programming strategy that focuses on negative coverage of the president, even at the expense of other news. The result has been viewership totals that are often trounced by cable news competitors.

The most-watched show on CNN in 2019 was “Cuomo Prime Time,” which finished No. 24 overall in cable news behind 14 different Fox News and nine MSNBC programs.

Back in October, Trump said during a press conference that “we would be far greater when we don’t have the CNNs of the world, who are corrupt people.” That same month controversial activist group Project Veritas released secretly recorded footage of Zucker ordering producers to ditch an “important story” for negative coverage of Trump.