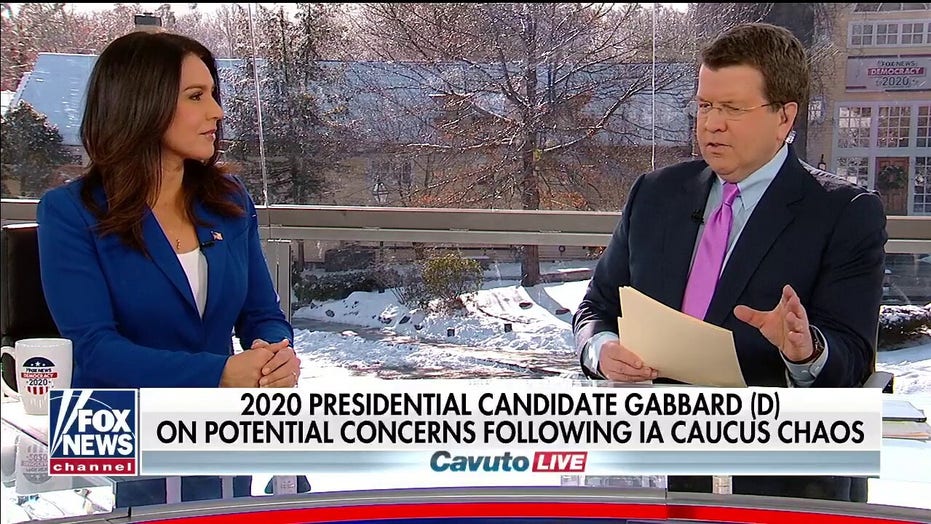 2020 Democratic presidential candidate Tulsi Gabbard says that the DNC changing rules and playing favorites with fellow candidates picks winners and losers before voters have the opportunity to do so themselves.

Appearing on "Cavuto Live" with host Neil Cavuto, Gabbard said the fact that a billionaire like Bloomberg could enter the race with the influence to change DNC rules to "coincidentally" benefit his candidacy does a disservice to the American electorate.

The DNC recently decided to eliminate its controversial fundraising requirement for candidates to qualify for the debate stage.

WHERE DOES TULSI GABBARD STAND ON THE ISSUES?

"The fact that a billionaire can come in and have that kind of influence to change rules of the DNC -- all of a sudden, not coincidentally, to be able to benefit Michael Bloomberg -- while voters here in New Hampshire and across the country are saying, 'Hey, we want to be able to make the best-informed decision possible before we go in and cast our vote' understanding the seriousness of this election, but they are not able to do so, so long as both the DNC and some of the corporate media partners are enacting these rules where they are playing favorites... They are picking winners and losers before voters have the opportunity to do so," the 38-year-old combat veteran said.

Gabbard's team has announced that it is protesting CNN after the network snubbed the candidate from a Democratic town hall just days before the New Hampshire primary on Tuesday. 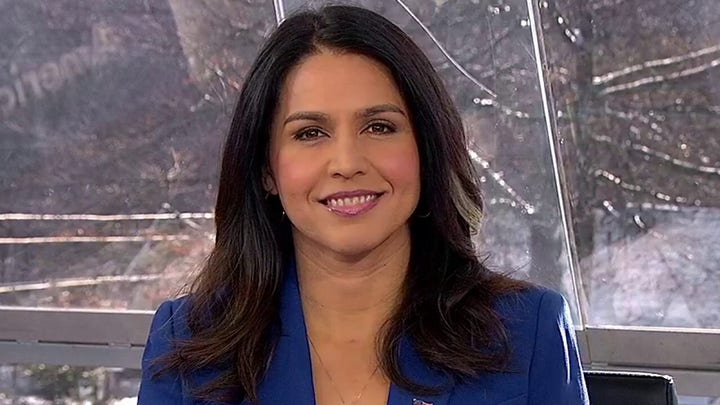 "This attempt to silence Tulsi is bigger than one person -- it’s our right as voters to hear from ALL the candidates, and to have our voices represented. No institution should be allowed to get away with censoring democracy: That’s why we’re standing up to CNN on Wednesday, February 5th, demanding that our voices be heard," her campaign said.

In addition, Gabbard told Cavuto that she definitely has an uphill battle ahead of her, what he termed the "odd woman out" going "against the tide" and fighting the Washington, D.C., elite.

Most notably, Gabbard is suing former Secretary of State Hillary Clinton for defamation in a $50 million lawsuit. Gabbard's lawyer told Fox News on Thursday that one of Clinton's lawyers has finally accepted legal documents in connection with the suit.

"If you're looking at the powerful elite in Washington, absolutely. I, and so many people across the country, are challenging the powerful elite who have shown they are not working for the best interest of the people," Gabbard said.