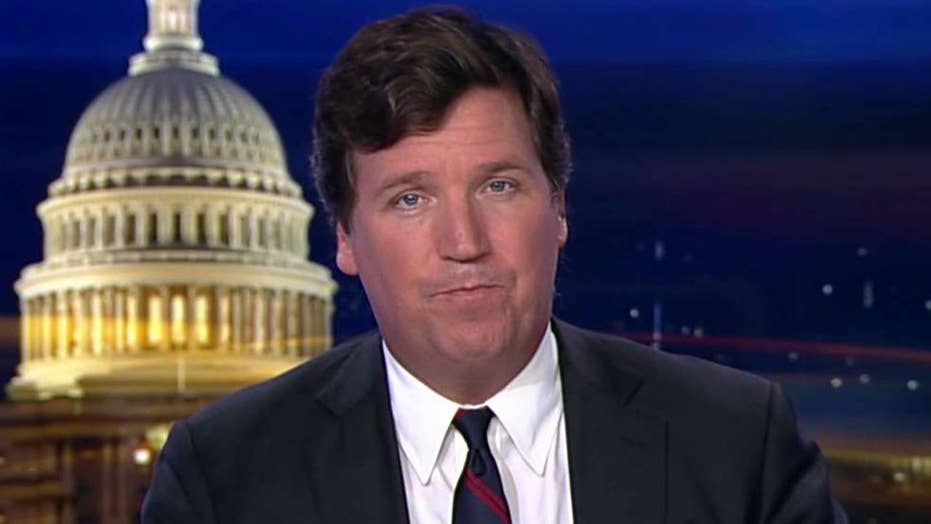 Tucker Carlson said Monday that former Trump campaign aide Carter Page should sue every individual who allegedly spread falsehoods about him in connection to the FBI's Russia investigation in the wake of the release of the Justice Department inspector general's report.

"Imagine if that was you -- imagine if some former U.S. attorney -- [MSNBC legal analyst] Barbara McQuade -- was on television day after day, in effect accusing you of treason, and then congressmen and TV reporters all nodded in agreement ... [and] the FBI knew you didn't do it, but instead of lifting the burden of suspicion from your shoulders, instead lied in order to hide your innocence," Carlson said.

"That was Carter Page's life for years. It's hard to believe it could happen in this country, but it did happen," he continued. "Let's hope Carter Page spends the rest of his life suing every one of these people into bankruptcy." 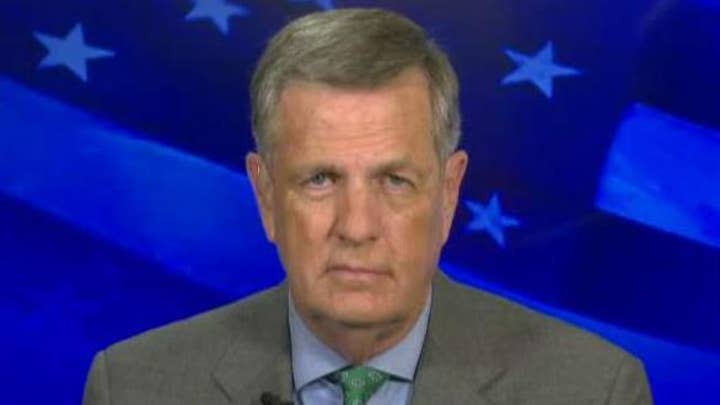 Carlson specified that one person Page should seek legal action against is former CIA director and current CNN contributor John Brennan, who Carlson accused of being a partisan and a "malicious liar."

Carlson played video of then-Rep. Trey Gowdy, R-S.C., grilling Brennan during a hearing in May 2017.

"Do you know who commissioned the Steele dossier?" Gowdy asked Brennan.

"I don't," Brennan responded, later claiming the dossier was not "part of the corpus of intelligence information that we had. It was not in any way used as a basis for the intelligence community assessment that was done."

Later in his monologue, Carlson said Page was one of several individuals caught up in the Trump-Russia "witch hunt" and had connections to the findings of Horowitz's report.

He said the report showed the FBI used spies and undercover agents to gather intelligence on the 2016 Trump campaign. He said the bureau also utilized "defensive briefings" that are supposed to share intelligence with presidential candidates in order to protect the country and aid the candidate's understanding of international affairs.

GOHMERT TEARS INTO NADLER OVER DEMS' TREATMENT OF COUNSEL: 'HOW MUCH MONEY DO YOU HAVE TO GIVE?' 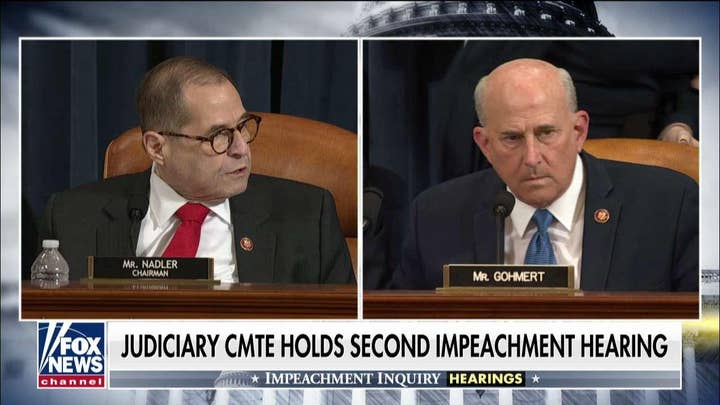 "In this case, however, the FBI used that briefing to spy on Trump staff and to build criminal cases against them," said Carlson, who claimed the FBI used "flimsy excuses" to spy on Page and to take actions that hurt Trump's campaign.

"It repeatedly engaged in abusive behavior to ensure that that spying continued illegitimately," he said.

He added that the bureau's then-director, James Comey, has now been further revealed as a "sinister fraud" who is cognizant of the possibility he will "never be punished."

"Comey ought to be groveling for forgiveness from the rest of us -- he ought to be relocating to Paraguay in shame," Carlson said. "In fact, he's more self-righteous than ever. Jim Comey is a good person -- unfortunately, you are not ... [T]he FBI 'did not insert spies in the Trump campaign' Comey claims -- No, they just used spies to monitor the Trump staff."

"He doesn't care what you know, because they could issue 100 IG reports, every one of them exposing Jim Comey as the sinister fraud he so clearly is and he knows that none of it matters because he knows he will never be punished."

Horowitz on Monday released the highly anticipated findings from his nearly two-year review concerning the origins of the Russia investigation and the issuance of Foreign Intelligence Surveillance Act (FISA) warrants for a Trump campaign official.

The report said investigators found no intentional misconduct or political bias surrounding either the launch of the Trump-Russia investigation or as efforts to seek the controversial FISA warrant to monitor Page in the early stages of that probe.

"We did not find documentary or testimonial evidence that political bias or improper motivation influenced the FBI’s decision to seek FISA authority on Carter Page," the report said.