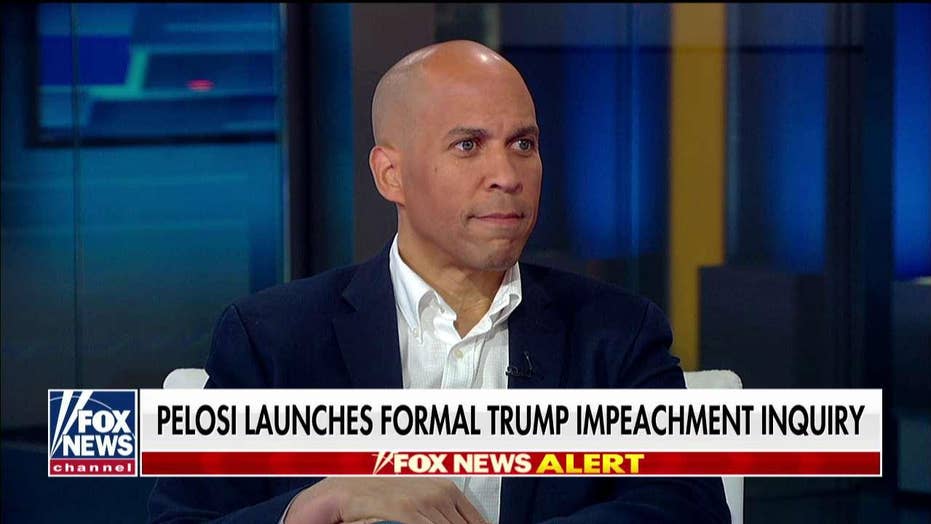 "Where are we coming in as a nation when both Republicans and Democrats see an ally, Ukraine, under attack and a president of the United States withholds that aid in order to go after a political opponent? I think that was a bridge too far for people," he said.

Host Steve Doocy asked about the double standard regarding Biden and Ukraine after it was discovered the former vice president's son, Hunter, had ties to a Ukranian natural gas firm that was under investigation for corruption and paid him $50,000 a month. Booker refused to address the question directly and said Trump's actions were more severe.

"It's like saying, here's a firecracker over here. Pay no attention to the nuclear bomb going off," Booker replied. "A president of the United States of America, in order to pursue his own personal benefit, withholds aid from an ally under attack." 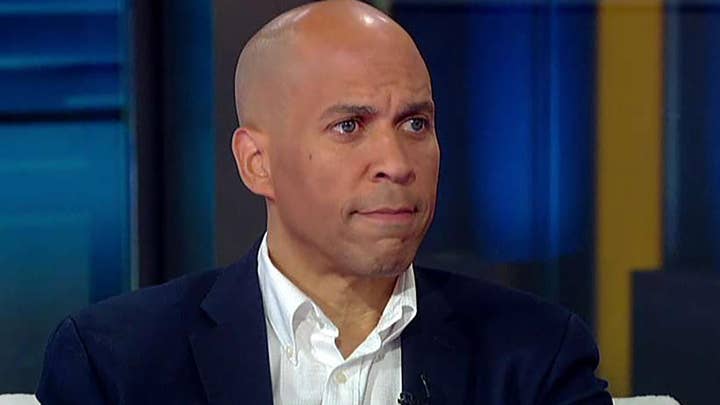 Doocy continued to press Booker on Biden's possible corruption, but the New Jersey Democrat stood firm and kept the focus on Trump.

"The president of the United States should withhold bipartisan-approved aid that is life or death? I've been to the... region. I've seen the violence," he said, claiming there is "no evidence whatsoever" of wrongdoing by Biden after the issue was investigated.

Booker also said Congress is only using the threat of impeachment of President Trump as "leverage" to force the White House to release the transcript of Trump's call with Ukranian President Volodymyr Zelensky after it was alleged he pressured him to investigate Biden by withholding federal funding.

"We need the leverage, through an impeachment inquiry, to be able to better get to the truth," he said earlier in the interview. "When they started with [Richard] Nixon they didn't know the truth yet. The public was mostly on the side of Nixon until the truth started coming out."