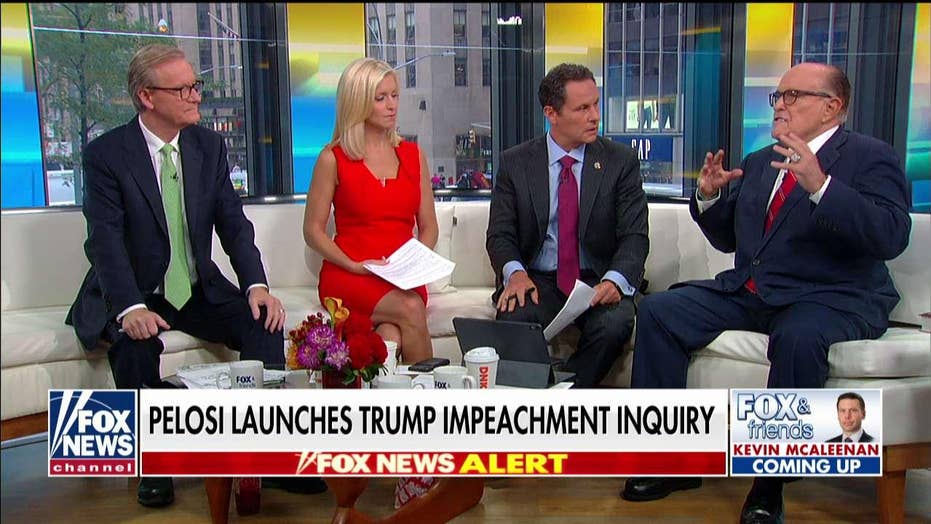 Rudy Giuliani accuses 2020 presidential hopeful Joe Biden of selling access to the White House during his time in office, on "Fox &amp; Friends."&nbsp;

"Joe Biden's family had pulled in well over $1.5 billion while he was the vice president of the United States -- complete sale of the office," he said Wednesday on "Fox & Friends."

"I did this for a living, investigate corruption -- Democrats and Republicans. I've never seen something that stinks as much as this, with a president of the United States who was on notice of all of this and let this guy run wild... selling the presidency."

The former New York City mayor accused the FBI of trying to stifle the investigation into possible collusion because of biased political considerations. 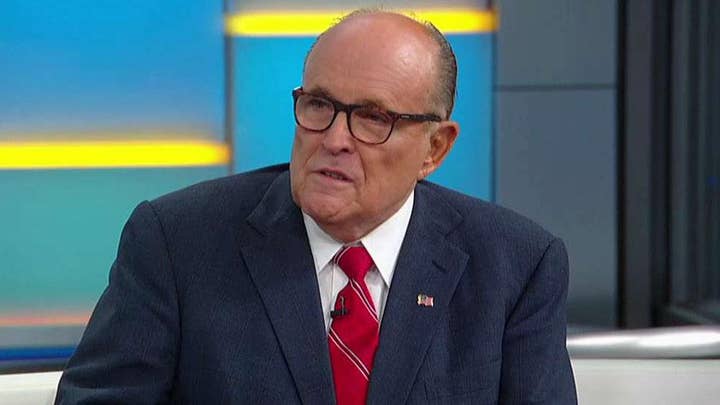 "I thought these people were just mistaken at first. I didn't realize until I got deeply into this, they created this whole Russian collusion allegation," he said in the interview.

"Part of the place it was created is in Ukraine. And [do] you want to know why I started investigating Ukraine back in November of last year? Because a very significant, distinguished investigator came to me and said the Ukrainians, for year-and-a-half, have been trying to get to your FBI, information much more significant."

"There was actually real collusion that involved Ukrainians," Giuliani continued. "But the FBI did everything they could to keep this information away... Because at the core of this is an FBI agent... She put all this together. The suspicion was, at the time, she was working for George Soros. The reality is she is now employed by George Soros."

Giuliani also commented on House Democrats' formal impeachment inquiry of President Trump and said their efforts are a sideshow. He called on Biden to release all records from his time in the executive branch.

"[Democrats will] find something wrong [with Trump]. He pronounced [Ukrainian President Volodymyr] Zelensky's name wrong, therefore he should be impeached," he said. "Don't you realize this is a complete sham? It's a joke?... I think Joe Biden should release all his records as vice president."

Trump is facing an impeachment inquiry by House Democrats for allegedly pressuring Ukraine's leader to investigate Joe Biden and his son, Hunter, and using military aid as leverage. The president has denied any wrongdoing.

“The president must be held accountable,” House Speaker Nancy Pelosi said Tuesday, citing Trump's alleged “betrayal of his oath of office, betrayal of our national security, and the betrayal of the integrity of our elections.”