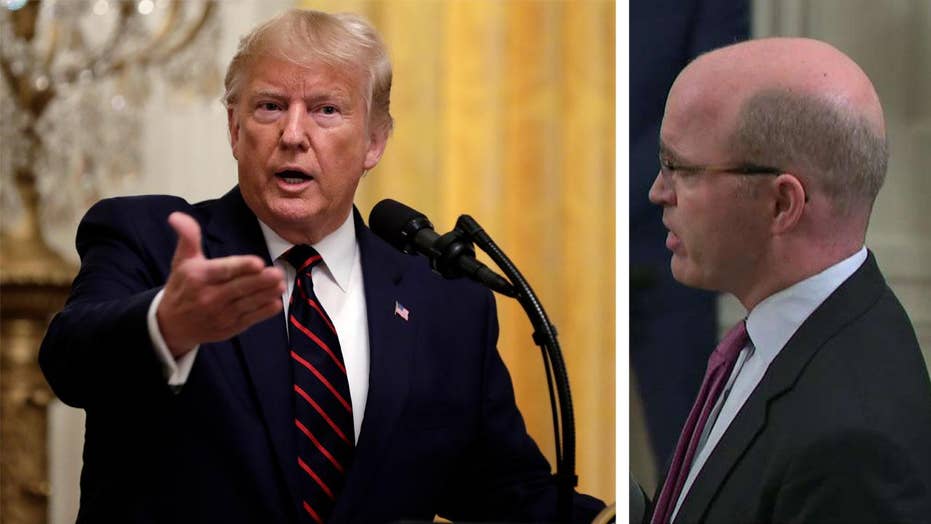 During a contentious press conference on Wednesday, President Trump smacked down Reuters reporter Jeff Mason as he tried to reiterate a question about Trump's call with the president of Ukraine.

When Mason initially asked that question, Trump did not give an explicit answer. Instead, he focused on his longstanding complaint that foreign nations took advantage of the United States.

"No sir, I don't want to be rude," Mason said. "I just wanted you to have a chance to answer the question that I asked you."

Trump claimed that he answered "everything" and went on to attack Mason and what he called the "corrupt media."

"It's a whole hoax and you know who's playing into the hoax? People like you and the fake news media that we have in this country -- and I say in many cases, the corrupt media because you're corrupt," Trump told Mason. "Much of the media in this country is not just fake. It's corrupt."

After their exchange, Mason received an outpouring of support from his colleagues in the press. "Masterful work by @jeffmason1," AP reporter Zeke Miller tweeted.

"Excellent work by @jeffmason1 standing his ground to ask his questions," CNN reporter Jim Acosta tweeted after the exchange.

Trump held the joint press conference with the Finland president just after a report surfaced that House Intelligence Committee Chairman Adam Schiff, D-Calif., had heard from the whistleblower before the individual filed a complaint with the inspector general.

Trump joked that The New York Times, which first reported the story, might be improving its reporting and said that he couldn't believe that the outlet published it.