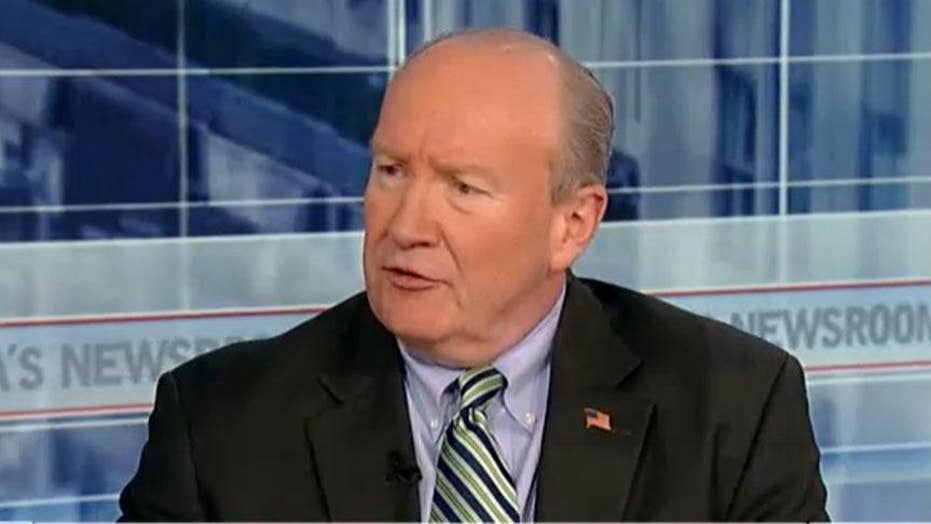 There is almost a "zero" chance President Trump accepts House Speaker Nancy Pelosi's, D-Calf., invitation to testify before Congress in his own impeachment inquiry, for fear that he won't be granted due process, Andy McCarthy said on "America's Newsroom" Monday.

"It's not only zero chance that it will happen, [Democrats] know that it's inappropriate, even to float that," said McCarthy, a former federal prosecutor in New York and Fox News contributor. "Two of the things the framers were most worried about we've seen before our eyes. One is, that impeachment would become politicized -- that it would be used ... for partisanship. And we're seeing that.

"The other thing ... that they were worried about was that one branch of the government would accumulate too much power," McCarthy continued. "They were worried that ... impeachment gave Congress too much power over the president. And what our government is based on is separate powers, where each branch respects the other. They know they can't call the president in to testify. And when they say that he should come in to testify they know what they're doing is wrong."

The former federal prosecutor said he would advise the president not to attend any hearings or give any testimony unless it's in an actual court of law, where he can get a fair legal shake. 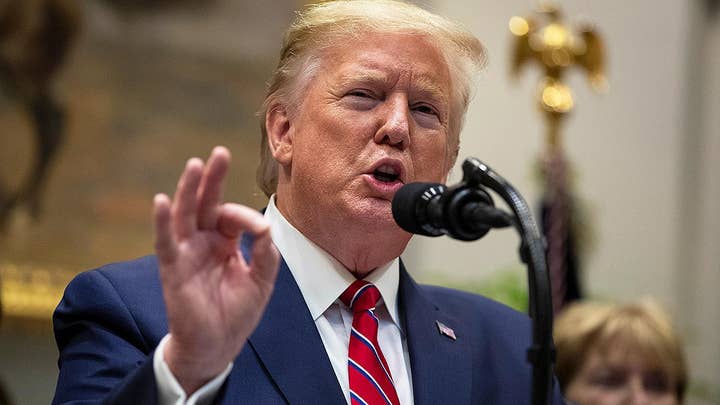 "If a president of the United States were ever to testify in a proceeding, it would need to be for his sake and for the sake of the office -- a proceeding that was more like a court where you could be satisfied that there was an impartial fact-finder," McCarthy said earlier in the segment.

"This thing that's going on in the House right now is a very partisan proceeding that has no due process protections for the president. I think it'd be a mistake for him to go into that."

Trump tweeted about Pelosi's offer on Monday and mocked the prospect, claiming the speaker is being pressured by far-left Democrats and is using impeachment as a last-ditch effort, to hold onto power. He did, however, leave room for the possibility of submitting written testimony.

"Our Crazy, Do Nothing (where’s USMCA, infrastructure, lower drug pricing & much more?) Speaker of the House, Nervous Nancy Pelosi, who is petrified by her Radical Left knowing she will soon be gone (they & Fake News Media are her BOSS), suggested on Sunday’s DEFACE THE NATION that I testify about the phony Impeachment Witch Hunt," the president tweeted.

"She also said I could do it in writing. Even though I did nothing wrong, and don’t like giving credibility to this No Due Process Hoax, I like the idea & will, in order to get Congress focused again, strongly consider it!"