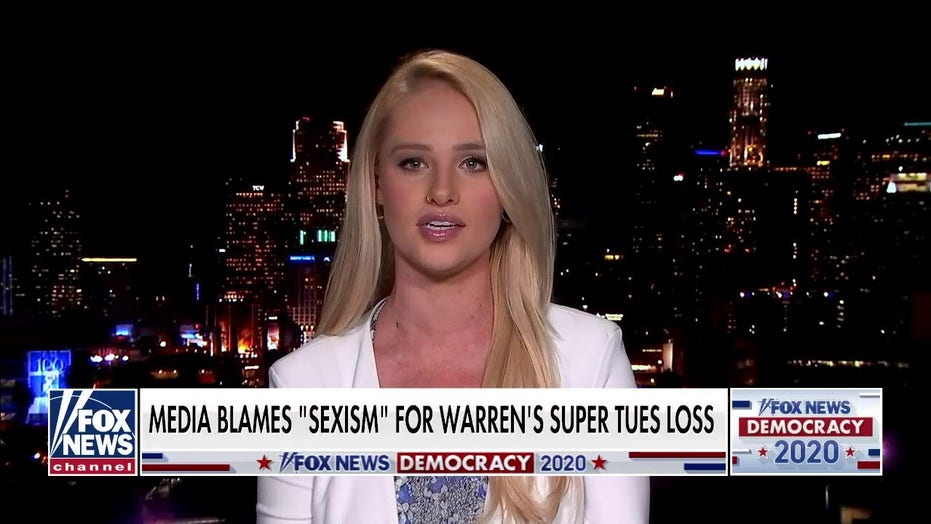 Fox Nation's Tomi Lahren told 'Fox &amp; Friends' that the media was blaming Warren's poor primary performance on sexism and misogyny because Democrats don't want to face the fact they have bad candidates.

Sen. Elizabeth Warren, D-Mass., performed poorly on Super Tuesday because she is a bad presidential candidate and not because of the "victimhood" narrative the mainstream media continues to peddle, Fox Nation host Tomi Lahren said Thursday.

Appearing on "Fox & Friends" with hosts Steve Doocy, Ainsley Earhardt, and Brian Kilmeade, Lahren said that the media is making excuses for Warren's big losses because the Democrats "don't want to answer for the fact that they have horrible candidates."

"You know the definition of insanity is doing the same thing over and over again and expecting different results," she said. "The media tried this with Hillary Clinton in 2016. It didn't work and now they are already making excuses for Elizabeth Warren trying to convince us that somehow we might have some inherent sexism, misogyny, and that's why we don't like Elizabeth Warren. When, in reality, it's probably the fact that she is a socialist like Bernie Sanders, but she is not as transparent about it as Bernie Sanders."

Kilmeade asked Lahren why the media tended to return to gender or race when discussing presidential candidates instead of policy.

"Well, that's the easy thing to do," she told Kilmeade. "It's the victimhood narrative and that's what you're going to see when President Trump wins again in 2020. It's going to be all the excuses because they don't want to answer for the fact that they have horrible candidates." 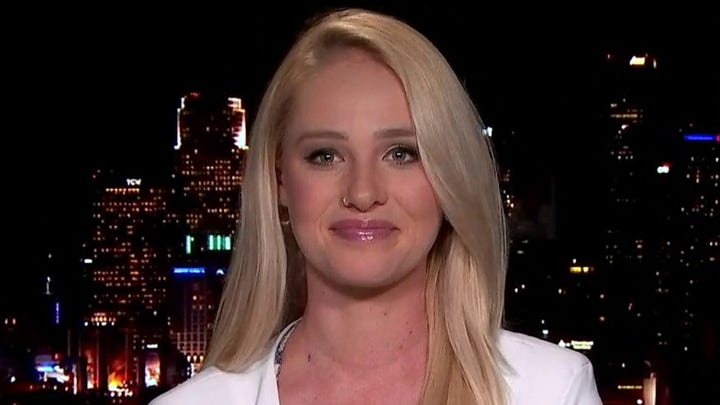 Former Vice President Joe Biden was the big winner of the Super Tuesday contest. Although, Vermont Sen. Bernie Sanders found a pot of delegate gold in California with over 150 delegates. Biden, however, won Warren's home state of Massachusetts with over 33 percent of the votes and Warren at just over 21 percent -- a notable slap in the face to the progressive senator. Warren finished no better than third in any of the 14 states that held contests on a night when one-third of all the Democratic presidential convention delegates were up for grabs.

On Wednesday, Warren reportedly met with her campaign advisers in Cambridge, Mass., to talk about the future of her campaign.

"Elizabeth is talking to her team to assess the path forward," a campaign aide told Fox News.

Lahren said that what the media should be talking about was why Warren is still in the race after such a disappointing day.

"We should talk about the real phony here and that's Elizabeth Warren herself," she concluded.