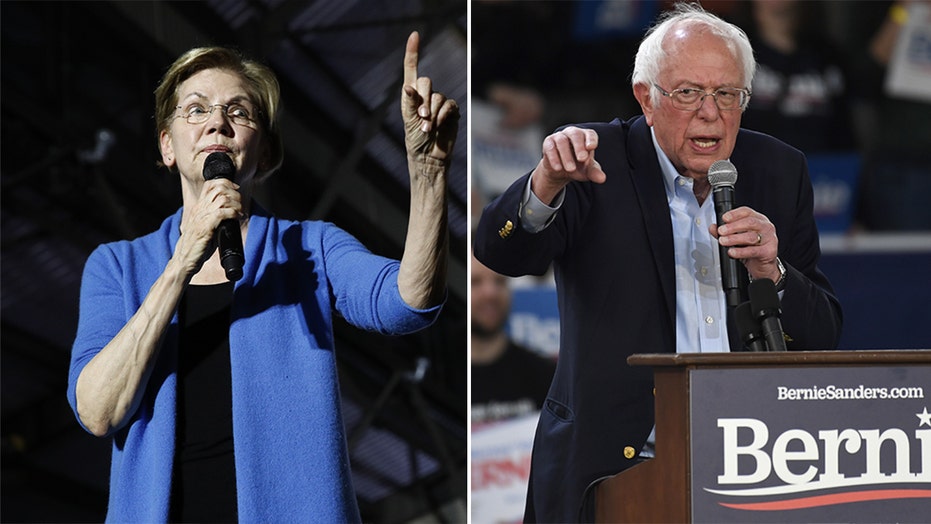 Sen. Elizabeth Warren had a plan for everything -- except winning.

The progressive senator from Massachusetts was back home in Cambridge on Wednesday, meeting with campaign advisers, after suffering a through an extremely disappointing performance on Super Tuesday -- including coming in third in her home state behind former Vice President Joe Biden and Sen. Bernie Sanders of Vermont.

"Elizabeth is talking to her team to assess the path forward," a campaign aide told Fox News.

Warren arrived home in Massachusetts late Tuesday night after holding a rally in Detroit. Warren’s staff appeared a bit off their game as the results poured in – and Warren finished no better than third in any of the 14 states that held contests on a night when one-third of all the Democratic presidential convention delegates were up for grabs.

The senator bypassed her traditional custom of taking selfies with supporters after a campaign event and departed the venue for the airport.

The progressive lawmaker – a co-front-runner with Biden for the nomination late last summer and early autumn – saw her fortunes wane after intense scrutiny from the media and incoming fire at the debates from her rivals over her record and her explanations on how she would implement and pay for her proposals for a government-run single-payer "Medicare-for-all" health care system.

Her downward spiral intensified the past three weeks after a very disappointing fourth-place finish in neighboring New Hampshire, followed by distant finishes in Nevada’s caucuses and Saturday’s primary in South Carolina.

That sparked calls by supporters of Sanders, who’s the co-frontrunner along with Biden, to drop out of the race and support the Vermont senator – her longtime friend and fellow progressive champion.

Those calls amplified on Wednesday morning after former New York City Mayor Mike Bloomberg, who was the last centrist Democratic candidate who was siphoning moderate votes from Biden, suspended his campaign and endorsed the former vice president.

After Sanders lost Omar’s home state of Minnesota to Biden, the congresswoman tweeted “imagine if the progressives consolidated last night like the moderates consolidated, who would have won?”

“That’s what we should be analyzing. I feel confident a united progressive movement would have allowed for us to #BuildTogether and win MN and other states we narrowly lost,” Omar tweeted.

Warren was also feeling the heat from the right – and President Trump.

"So selfish for Elizabeth Warren to stay in the race," Trump tweeted Wednesday morning. "She has Zero chance of even coming close to winning, but hurts Bernie badly. So much for their wonderful liberal friendship. Will he ever speak to her again? She cost him Massachusetts (and came in third), he shouldn’t!"

After voting Tuesday morning in Cambridge, Mass., Warren was asked by reporters if it was "do or die" for her on Super Tuesday.

“I am not worried. I am happy to be part of this democratic process," she said. "Ten years ago I was a teacher. I was not part of this process other than as a voter. I spent my whole life studying working families, why working poor were being crushed."