On Saturday, with Sanders, I-Vt., tied up in Washington at President Trump's Senate impeachment trial, Ocasio-Cortez addressed his supporters in Ames, Iowa, calling for the abolition of ICE and CBP.

“Organizing is about tipping people off if you start to see that ICE and CBP are in communities to try and keep people safe,” Ocasio-Cortez, D-N.Y., said in Iowa on Saturday. 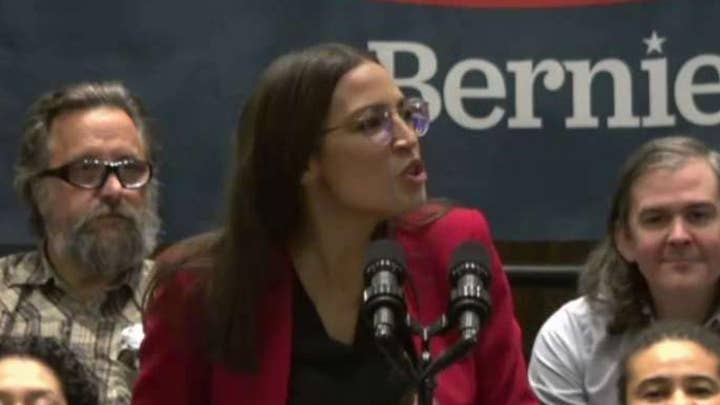 “I'm to not here to reform some of these systems when we talk about immigration. I'm here because Sen. Sanders has actually committed to breaking up ICE and CBP. That's why I'm here.”

“I’m disgusted,” Homan said reacting to her statements. “She says you want to tip off the community to keep the community safe, that's what ICE is doing.”

Homan then brought up statistics from 2018, pointing out that most of the illegal immigrants ICE agents arrested last year had criminal histories, which include homicide, rape or assault.

According to the ICE Enforcement and Removal Operations Report for fiscal year 2018, 138,117 aliens with criminal histories, which include convicted criminal and pending criminal charges, were arrested.

“ICE Is keeping the community safe,” Homan said. “She [Ocasio-Cortez] stands up on stage -- first of all, it's an incredibly stupid statement she made, which doesn't surprise me, because she’s about as far from smart as anybody could possibly be, but what she said is dangerous.”

“These men and women put their lives on the line every day to arrest criminals off the streets, especially in New York,” he continued.

“My last year as ICE director, we took 5,000 criminals off the streets of New York. These ICE agents [have done] more to protect the residents of New York than she ever has done or ever will do.”

He then went on to say her comments on Saturday night were “dangerous” and “idiotic,” adding that he “can't believe she can stand up on stage and make a statement like that and not have any repercussions from the House Ethics Committee.”

He went on to say, “Standing on stage and telling people to give a heads up that the good guys are going to be arresting the bad guys, ICE is in your neighborhood, go run and hide. That's obstruction. That's a crime and she’s standing on stage doing that. She's disgusting. Something needs to be done about it.”

When asked why he thinks ICE had become a targets for Democrats Homan answered, “Because they're enforcing the law.” 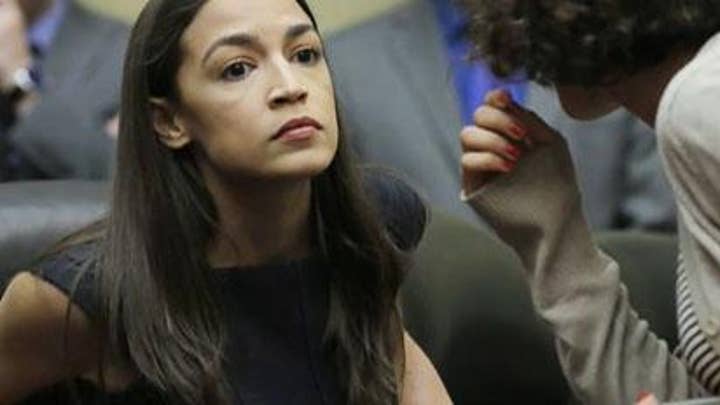 “President Trump, who in my opinion is the greatest president I ever worked for, he believes law enforcement should enforce the law. He believes you don't reward law breakers, you reward them with a set of handcuffs. That’s the way it’s supposed to be,” Homan said.

“So they're vilifying the men and women of ICE for simply doing their jobs, to run toward danger when everybody else is running away from danger.”

He went on to say, “AOC wouldn’t have the backbone to do the job they do. She doesn't like what they do? Then change the law, but stop vilifying the men and women of ICE.”

“I buried ICE agents, I buried border patrol agents,” he continued. “Maybe she ought to see what it's like to try to console a wife or a child of a fallen officer?”