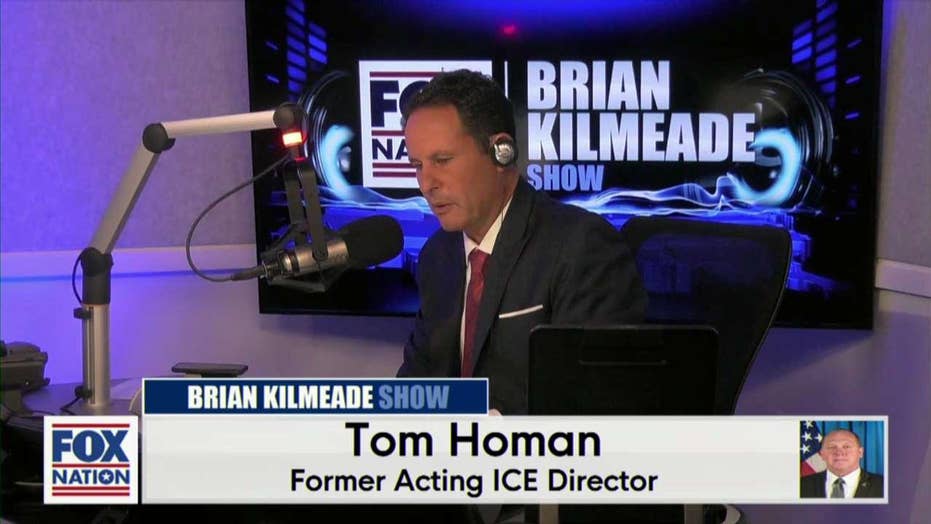 Homan hits back after fiery confrontation with AOC, Tlaib and House Dems: 'They can't handle the truth'

The left "can't handle the truth" about the border crisis and illegal immigration, said former Acting Immigration and Customs Enforcement Director Tom Homan to Brian Kilmeade Thursday, one day after he was called a "bigot" and "inhumane" by some House Democrats during a hearing.

Homan, in a "Fox & Friends" appearance Wednesday before his testimony, vowed to push back strongly against Democrats' "false narratives" about immigration enforcement.

"I did it when I was ICE director, that's why I took so much hate as the ICE director. Because I wasn't gonna play political games. I wanted to do my job and tell the American people what we do and what we don't do and tell them the truth, but the Democratic leadership in Congress can't handle the truth," the Fox News contributor said on "The Brian Kilmeade Show."

The House Oversight Civil Rights and Civil Liberties subcommittee hearing was called to examine the Trump administration's decision to stop considering requests from immigrants seeking to defer deportation for medical treatment and other hardships.

Homan, a Fox News contributor, was called "bigoted" during the hearing at one point by Rep. Debbie Wasserman Schultz, D-Fla.

“I just think it’s important that it’s not accepted as accurate testimony,” she said. She went on to question other witnesses on the panel, but did not ask anything of Homan.

Rep. Rashida Tlaib, D-Mich., told Homan he will be remembered as "ruthless and inhumane" toward asylum-seekers, while Homan also battled Rep. Alexandria Ocasio-Cortez, D.N.Y., and called on lawmakers to instead change the laws they don't like that ICE and other agencies are enforcing.

Homan said he wished he would have pushed back even more forcefully when Ocasio-Cortez banged the gavel at one point, and told him his time to speak had ended.

"I wish I would have let her know, this hearing is a joke, it's a circus, you're the head clown. Because hearings are supposed to be about Congress asking questions to come to some common sense on an issue that's going on," he said, adding that the Democrats just wanted to "spend five minutes insulting" him and not let him respond.

"What sort of transparency is that? I know more about this than any of them do, but they don't want to hear it," he argued, thanking Republican members of the committee for letting him speak.