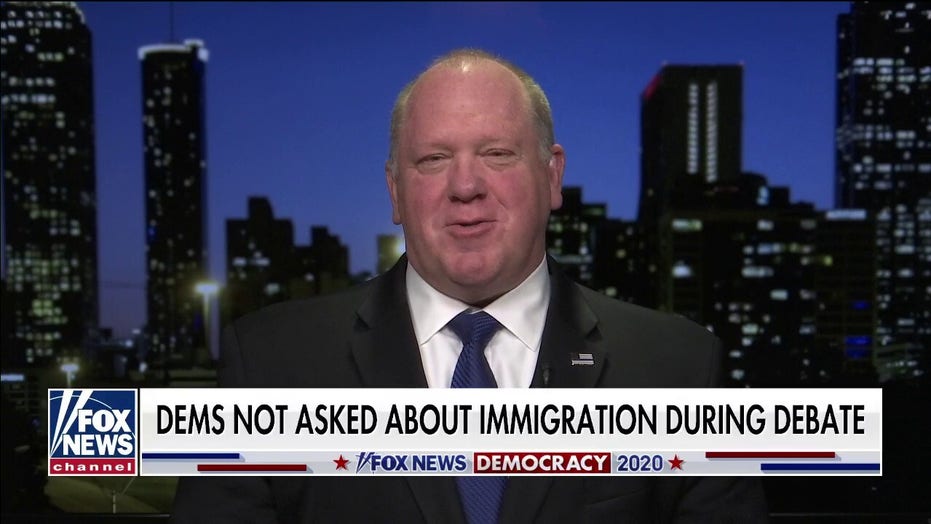 2020 Democrats failed to address the issue of immigration during Friday's presidential debate because it's "a loser for them,"  former Acting U.S. Immigration and Customs Enforcement (ICE) Director Tom Homan said Saturday.

Appearing on "Fox & Friends: Weekend" with hosts Jason Chaffetz and Emily Compagno, Homan said that Democrats' avoidance of topics like illegal immigration and border security is directly tied to their own political track records.

"Most of the people on that stage have failed as a congressman, senator, vice president on this very issue for the last two decades," he commented.

"The only one who has won on this issue is the president," Homan stated. "His actions alone got this crisis back in May down 72 percent -- because of his actions."

In May 2019, the number of migrants apprehended at America's southern border skyrocketed to levels not seen in over a decade. U.S. Customs and Border Protection (CBP) reported more than 144,000 arrests and CBP called the influx a "full-blown emergency. The number of apprehensions was the highest monthly total in more than 13 years. 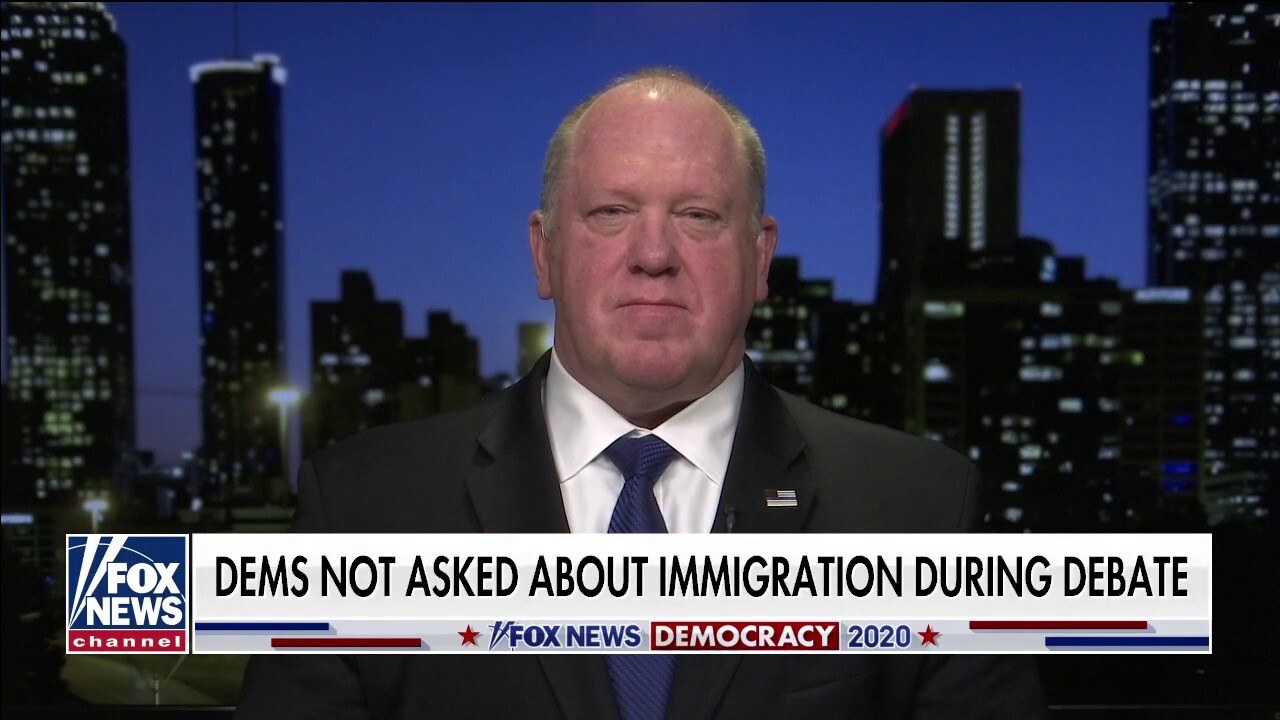 However, in August 2019, apprehensions saw a dramatic drop. Immigration officials apprehended just over 64,000 migrants, representing a 22 percent decrease from the previous month.

The Trump administration said that the numbers showed the extent to which Trump policies -- such as the Migrant Protection Protocols (MPP) and the miles of new border wall -- and Mexican engagement helped to resolve the crisis.

"It's a loser for them," he concluded.