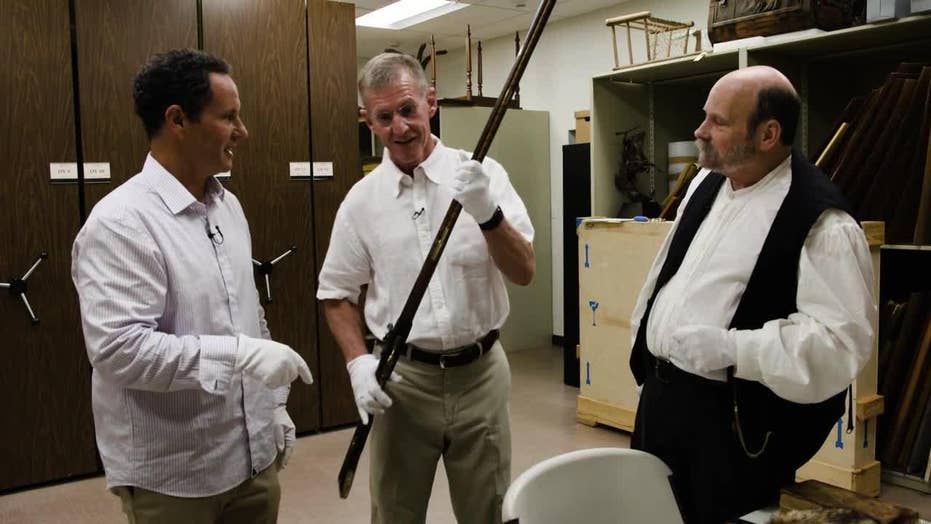 Fox News' Brian Kilmeade and retired four-star Gen. Stanley McChrystal teamed up for an exclusive tour of the Alamo in Fox Nation's new show, "Treasures of the Texas Revolution."

While researching for his new book, titled "Sam Houston and the Alamo Avengers: The Texas Victory That Changed American History," Kilmeade reexamined the famous battles and events that led to the birth of Texas. One of the most pivotal conflicts in Texas' war for independence from Mexico was the battle of the Alamo in 1836.

"First stop, the archives room of the Alamo. A place very few are allowed to enter," said Kilmeade in the Fox Nation special. "I was lucky enough to get clearance with the help of retired four-star Gen. Stanley McChrystal and Alamo historian Bruce Winders."

Among the items in the Alamo collection, Winders showed Kilmeade and McChrystal a law book belonging to "King of the Wild Frontier" and veteran of the Texas Revolution, Davy Crockett.

Another piece of the Alamo collection was a raccoon-fur hat that was worn by Hollywood legend John Wayne during the filming of "The Alamo," which was shot in 1960.

However, the most prized artifact in the archives is a long rifle that is believed to have been used during the defense of the Alamo more than 180 years ago.

"This is why people come," said Winders, handling the nearly 200-year-old weapon. "This is an extremely well-made piece by a well-known gunsmith, Jacob Dickert."

"It's a little heavier than what we carry today," remarked McChrystal as he held the rifle. "But you've only got one round in it. We carry one today — you might have 30 rounds in a magazine." 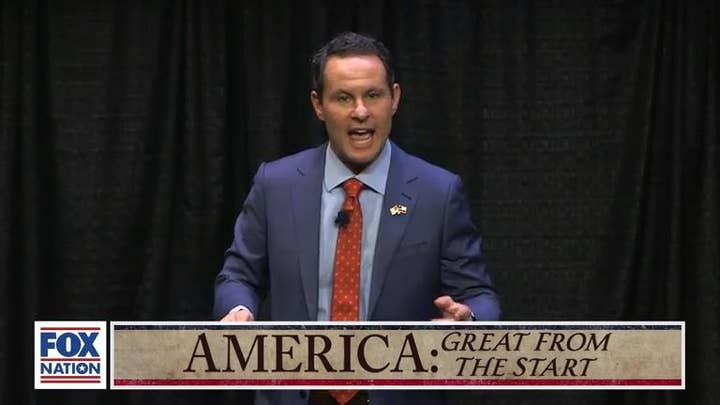 Mexican soldiers in 1836 would have been using smooth bore rifles, which means that they could load rounds more quickly, but the weapons were not as accurate, McChrystal explained.

The retired general also delved into the military tactics that would have been used at the Battle of the Alamo. Masses of troops would face off against one another, much like the armies of the Napoleonic era would have. Both sides would fire volleys and then charge and engage in close combat. A soldier using a Dickert rifle would have been employed as a marksman.

"Which is often why in depictions of last stands you see Davy Crockett or somebody swinging [the rifles]," added Winders, "because it becomes more useful as a club."

To watch all of "Treasures of the Texas Revolution" go to Fox Nation and sign up today.