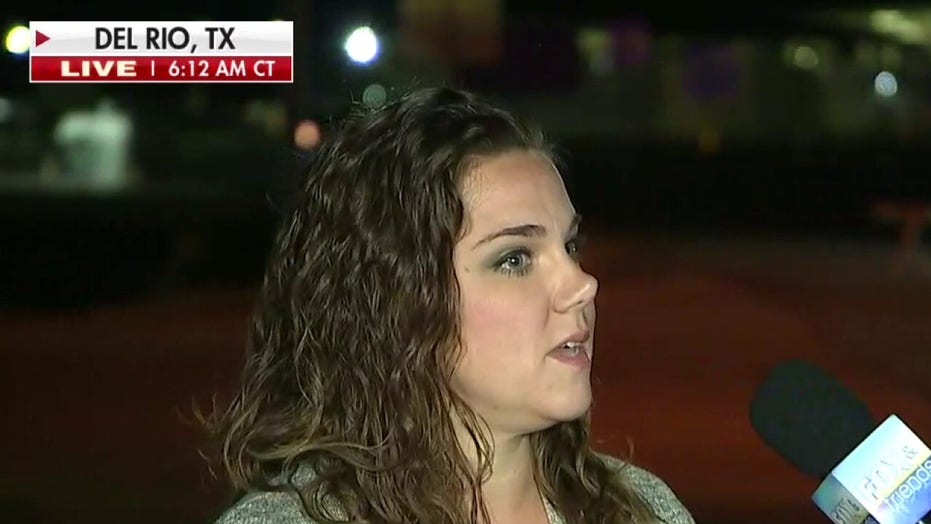 Texas mother of three on 'out of control' border 'crisis'

Fox News' Lawrence Jones speaks with Alison Anderson, a Texas landowner and the wife of a Customs and Border Protection agent, about what it has been like to live in the area amid the migrant surge.

Alison Anderson, a Texas landowner and the wife of a Customs and Border Protection agent, described on Monday what it’s like to live near the southern border amid the migrant surge, noting that the situation is "beyond bad" and "out of control."

Anderson, who lives in Del Rio, Texas, told enterprise reporter Lawrence Jones during a live interview on "Fox & Friends" on Monday that Texas residents are not getting any support from the Biden administration.

"We would like to hear this actually get called what it is, which is a crisis," she told Jones. "It is a border crisis. It’s a humanitarian crisis. It’s a health crisis. And, I mean, it’s a security crisis right now."

"It would be great to have some support and, unfortunately, our town, our community, our citizens and our agents, our DPS [Department of Public Safety], our troops, nobody is getting that support," Anderson added.

Anderson made the comments two days after hundreds of migrants crossed the Rio Grande into Texas.

Thousands of migrants were seen under the International Bridge in Del Rio, Texas, over the last few days, with the majority coming from Haiti. The number of migrants under the bridge on Wednesday sat at about 4,000, and reportedly shot up to about 11,000 people by Friday.

IMAGES OF HAITIAN MIGRANT SURGE AT DEL RIO SHOW CHAOS UNDER BRIDGE AS NUMBERS SOAR PAST 11,000

It is unclear how such a large number amassed so quickly, though many Haitians have been assembling in camps on the Mexican side of the border, including in Tijuana, across from San Diego, to wait while deciding whether to attempt to enter the United States. 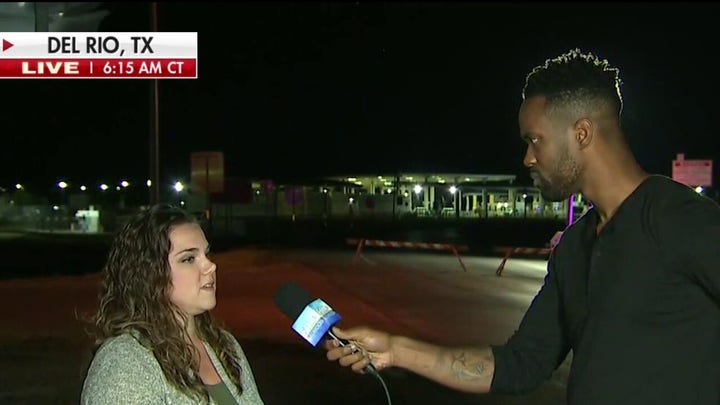 U.S. Customs and Border Protection said it was closing the border crossing with Ciudad Acuna, Mexico, "to respond to urgent safety and security needs." Travelers were being directed to Eagle Pass, Texas, 57 miles away.

On Sunday, the U.S. flew Haitians camped in the Texas border town back to their homeland and tried blocking others from crossing the border from Mexico in a massive show of force.

More than 320 migrants arrived in Port-au-Prince on three flights, with six more flights expected on Tuesday, according to officials in Haiti. The U.S. plans to begin seven expulsion flights daily on Wednesday, the Associated Press reported, citing a U.S. official who was not authorized to discuss the matter publicly.

Anderson told Jones she has some questions for the Biden administration following the developments.

She said, "I would love to ask, what happens when 13,000 people find out that deportations are going to be happening and decide to leave that fenced-in area?"

"Our law enforcement agencies that are down there, are they ready and prepared, and I mean fully prepared to take all measures that are necessary to control 13,000 angry people and keep them from taking their anger out on our town? I don’t know," Anderson continued.

Speaking with "Fox & Friends" in July, Anderson, said that she is constantly concerned for the safety of her three daughters amid the worsening border crisis.

On Monday, she detailed some of her experiences living near the border.

"We’ve had everything from a DPC pursuit that ended in a bailout," she told Jones. 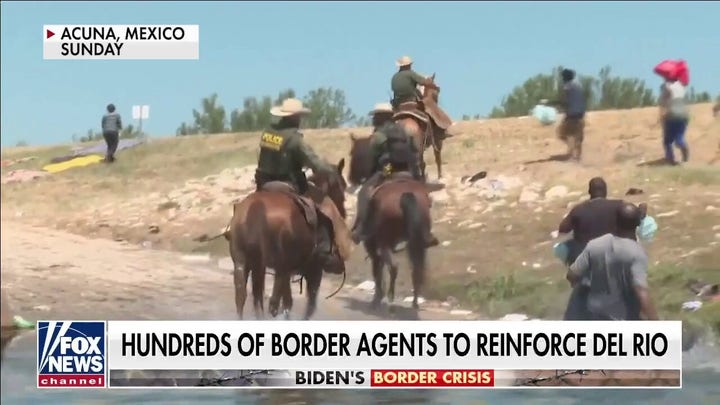 "We had illegals running through the back end of our property towards our house."

"We’ve had footprints from illegals, because there is nobody else on our property walking around in the middle of night, underneath our daughters’ bedroom windows," she added.

Anderson also noted that she recently had to chase a group of illegal immigrants who were near her back door away from her home, stressing that the situation has been "terrifying."

She also said that she is "not confident" that if residents in the area needed help, that resources would show up in a timely manner given the situation is "out of control at this moment."