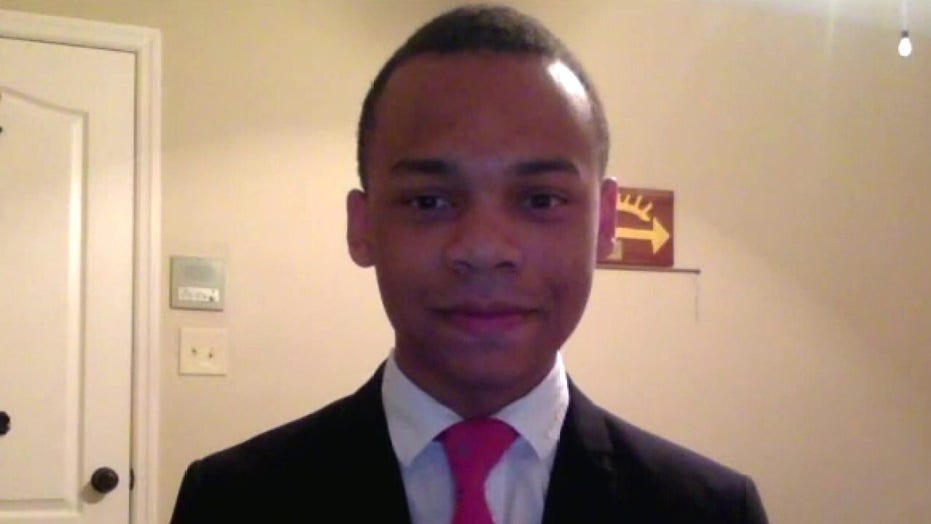 In the aftermath of the violent protests that followed the death of George Floyd in Minneapolis police custody, 17-year-old Atlanta native CJ Pearson wanted to help local black-owned businesses that had been damaged by rioters and looters.

Pearson, the president of Last Hope USA, told  "America's Newsroom" Friday that while he saw many people posting black screens on social media in solidarity with the Black Lives Matter movement, he wanted to "actually go do something," put "actions behind those words," and give aid to the people who were "so badly in need."

"I watched so many videos of America burning each and every night and it broke my heart to see [it]. But, it also broke my heart to see black-owned businesses suffering while people were chanting ‘black lives matter,'" Pearson explained. "And so, to create this effort and to provide some of that relief was definitely something that I was happy to do and it was incredible to see the response that it received."

In the course of a week, Pearson raised more than $160,000. On Thursday, he handed a check for $10,000 to the owners of Wilbourn Sisters Designs, one of the many small businesses now boarded up on Peachtree Street.

"When we first started out this effort, I set a goal for $30,000. I expected, you know, to maybe raise that and, you know, be able to help a few businesses. But we blew through that goal in just three hours, raising more than $160,000 in three days," Pearon stated. "And it blew me away to see the response that we received, but also it filled me with so much hope to be able to help so many people who need this relief now more than ever."

Pearson said he was frustrated by those who "sought to use [Floyd's] life" as a "means to an end."

"I’ve got to tell you, burning down a Wendy's or any establishment didn't do anything for my black life. So, what I wanted to do is show that conservatives can come together and we can actually help people of color," he continued. "And we’re not just saying black lives matter, we’re showing that they really do indeed matter. We are not just speaking into the atmosphere, but we’re backing their words with action and results."

Pearson plans to give his remaining donations to more struggling small businesses and provide the next generation of pioneers and innovators with a financial foundation that he believes "America is definitely going to benefit from."