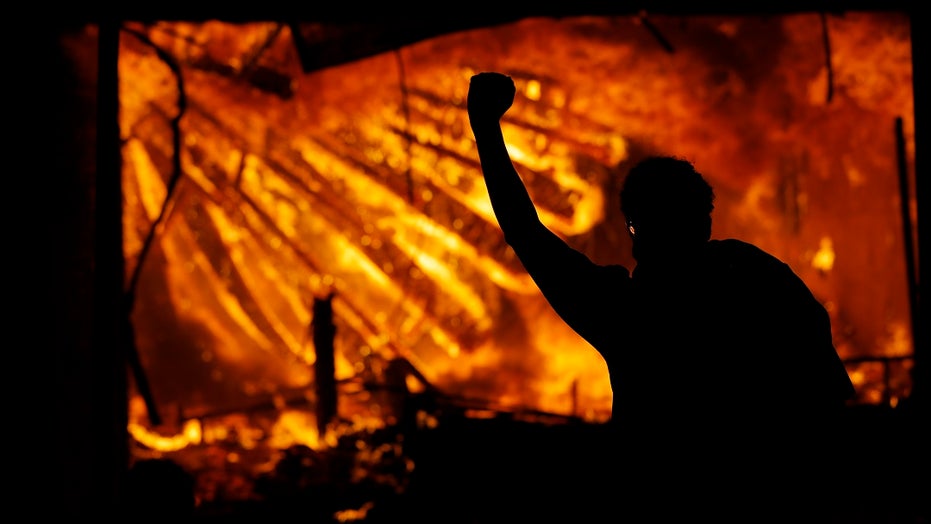 A Minneapolis small business owner gathered an armed group to protect her neighborhood and its residents when police stepped back amid rioting and looting that grew out of protests over the death of George Floyd in the city, according to a report.

"Material things we can replace, that's true," restaurant owner Cesia Baires told NPR in a residential hallway above her business last week. "But there are families up here. These aren't empty buildings."

Baires and other residents rallied armed, properly licensed citizens for protection after police shrank their presence in her neighborhood, according to the outlet. At times, they watched from rooftops with semiautomatic rifles.

MINNEAPOLIS POLICE CHIEF BRISTLES AT CALL TO 'DEFUND' DEPARTMENT, SAYS HE WILL NOT 'ABANDON' RESIDENTS

They also reportedly handed out fire extinguishers to their neighbors.

Among them was Jeremiah Ellison, a 30-year-old Democrat city councilman and the son of Minnesota Attorney General Keith Ellison, carrying both a fire extinguisher and a handgun as he drove through a devastated neighborhood over the weekend, according to The Post.

DAN CRENSHAW: NO COMMUNITY HAS EVER BECOME SAFER WITH LESS POLICING

The younger Ellison has also declared support for Antifa and called for “dismantling” the Minneapolis Police Department (MPD).

“We are going to dramatically rethink how we approach public safety and emergency response,” he tweeted last week in response to another Twitter user who challenged lawmakers to tackle police reform. “It’s really past due.”

The department told NPR that it is facing an “unprecedented situation," is aware of the armed groups and that they are not considered concerning as long as they follow the law.

A protester gestures in front of the burning 3rd Precinct building of the Minneapolis Police Department on May 28, in Minneapolis. A suspect has been charged in connection with the suspected arson. (AP Photo/Julio Cortez)

The department’s website was inaccessible Wednesday evening, possibly due to a denial-of-service attack.

Still, emergency calls should continue to be made to 911, according to an MPD spokesperson.

And the department’s top cop, Chief Medaria Arradondo, announced plans Tuesday to reform the department into something residents view as “legitimate, trusting and working with their best interests at heart.”

Floyd died in Minneapolis police custody on May 25; video shows an officer kneeling on his neck for more than eight minutes. Floyd is heard repeatedly saying he can’t breathe as several onlookers plead with police to take the pressure off.

His death prompted protests in many cities -- but in Minneapolis, looting and rioting at times left businesses and vehicles engulfed in flames and a police precinct building abandoned and torched. 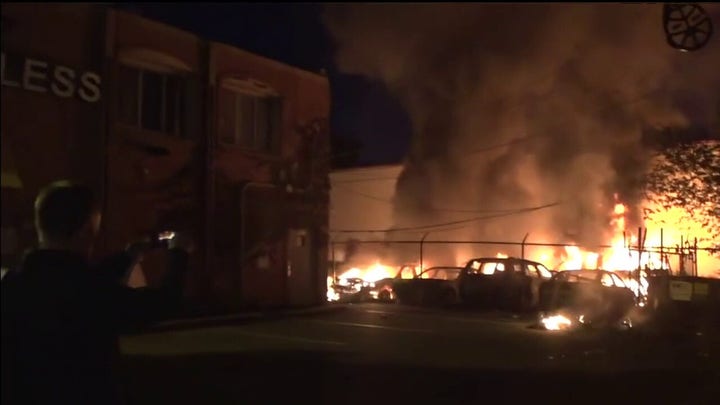 That stepped-back police presence prompted citizens to take up arms to defend themselves and their neighborhoods before the National Guard arrived to restore order. Some of the armed groups were also reportedly standing guard against white supremacists said to be entering the city.

The violence and rioting have seemingly subsided, but the Bureau of Alcohol, Tobacco, Firearms and Explosives (ATF) said Tuesday it was still seeking a number of persons of interest in connection with earlier arson attacks.

Four officers involved in Floyd’s death were fired and are now facing criminal charges. They are Derek Chauvin, who is seen in the video with his knee on Floyd’s neck; Thomas Lane, J.A. Kueng and Tou Thao. Ellison’s father, as the state’s attorney general, is leading their prosecution.