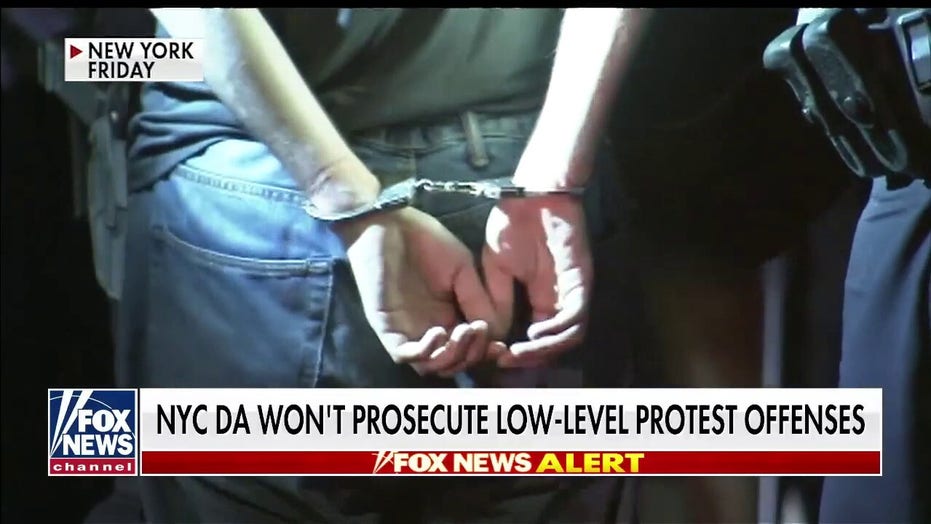 The Manhattan district attorney was right to not prosecute protesters for breaking the city's curfew and other minor offenses, defense attorney Ted Williams said Saturday.

"In the last two weeks, America has seen a black man killed on national TV at the hands of a police officer," he said. "And I think they are exercising their rights. ... I'm happy that they are not being indicted [and given] a criminal record that could follow them, perhaps the rest of their lives."

According to the NYPD, nearly 2,500 protest-related arrests have been made since May 28.

"Fox & Friends" host Griff Jenkins asked Williams whether the decision by Vance could encourage lawlessness:  "Here's the problem. If no one's getting prosecuted from really egregious rioting to breaking curfew [and] lower-lying offenses, then what's to stop these from growing and becoming far more dangerous in the future?" .

"Well, it could very well become far more dangerous in the future," Williams replied. "But I think you have to parse out legitimate demonstration with rabble-rousers -- those people who loot, rob, steal and kill."

"And I think DA Vance is saying that he is definitely going to prosecute people who rob, steal and kill," he added.

"New York put a curfew in place and they did not enforce the curfew for several nights. So all of a sudden, now they want to prosecute these kids?" he asked.

"And Griff, try to understand -- these are young people. A lot of them, the majority of them. And, these [criminal] records could follow these young people the rest of their lives, all because they wanted to exercise their First Amendment rights," Williams said.