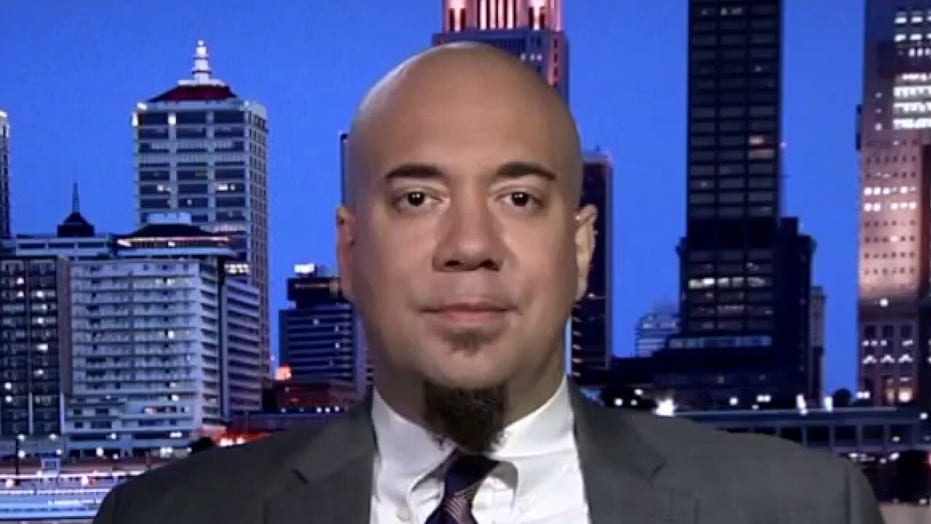 Dr. Wilfred Reilly on whether systemic racism exists in America

Syracuse University student Adrianna San Marco was fired from her gig as a columnist at a local paper, The Daily Orange, when she dismissed the notion of “institutional racism” in an opinion piece for a separate, conservative website.

San Marco, an outspoken conservative, stands by her column despite widespread backlash. In the piece published by LifeZette, she called institutional racism a “myth” and claimed statistics indicate that police do not target African-Americans.

Syracuse University student Adrianna San Marco was fired from her gig as a columnist at a local paper, The Daily Orange, when she dismissed the notion of “institutional racism” in an opinion piece. (Courtesy Adrianna San Marco)

The Daily Orange is an independent newspaper that does not rely on Syracuse University for funding, but the paper’s editorial content is run entirely by university students, according to its website. San Marco says the paper “is guilty of limiting dissent” and feels Syracuse University discriminates against conservative views altogether.

Daily Orange editor-in-chief Casey Darnell told Fox News that his paper “has published dozens of columns and letters to the editor from liberal and conservative writers alike” but feels San Marco crossed a line.

In an email interview with Fox News' Media Angle, San Marco told her side of the story, explained why she feels The Daily Orange limits diversity of thought, and said cancel culture has become a “central pillar of social media.”

MEDIA ANGLE: Walk us through what happened with you and The Daily Orange when your column on institutional racism was published.

Adrianna San Marco: The opinion piece I wrote for LifeZette titled, “Why Institutional Racism is a Myth,” garnered a lot of attention early on. My peers began calling me horrible names and threatening me the day after it was published and within two days of the story being released I received an email from The Daily Orange terminating me. The editor in chief felt my writing included “racist undertones” and instead of engaging with a differing political opinion decided it was best to fire me.

MA: What kind of feedback have you received on the piece, aside from The Daily Orange terminating you over it?

San Marco: Since the story was published I have received an overwhelming response. I am grateful to have people who have supported me and come to my defense. I have been sent private messages that thank me for voicing my opinion and reporting the truth. Unfortunately, I have also been faced with a large amount of threatening and hateful messages. My peers and professors have celebrated me being fired with some calling for my expulsion. Most disturbingly, I have received countless physical threats to attack me once I am back on campus. I don’t foresee the upcoming semester being easy but I am hopeful no physical harm comes to me.

MA: Looking back, would you have done anything differently?

San Marco: After the piece was published and the hateful messages started pouring in, I did more research into institutional racism. Additionally, I read studies attempting to disprove my arguments that were sent to me by my peers and professors at Syracuse University. Now more than ever I feel confident in my views and research. There is nothing I would have done differently. I stand by my analysis.

MA: You said this wasn’t the first time a conservative voice was censored at Syracuse University. What are other examples?

San Marco: There have been conservative organizations as well as individual students that face discrimination at Syracuse University. SU’s chapter of College Republicans sought to bring Ben Shapiro to campus this fall as a speaker but received a formal condemnation from the Student Association who called Shapiro a “white supremacist.”

Additionally, one of my peers, Justine Murray, attempted to start a chapter of Young Americans for Freedom at SU and was denied. The university argued that YAF’s support of the constitution is “exclusionary to international students.” It was not until the administration was pressured by media that the chapter was recognized. Additionally, Justine faced countless personal challenges for being a conservative student at SU. She has been physically intimidated by protesters on campus while reporting and even professors have harassed and targeted her for her reporting.

Censorship at Syracuse University is not uncommon. In fact, the Foundation for Individual Rights in Education ranks SU as one of the top ten worst colleges for free speech.

MA: Is The Daily Orange limiting diversity of thought in general, or was it just this particular column that bothered them?

San Marco: The Daily Orange is guilty of limiting dissent. When I was introduced to the editorial editor I was quickly asked to confirm that I didn’t hold any “extreme” Republican views. He then cited other students he would refuse a platform to because of their opinions. This conversation is concerning considering there are only two conservative columnists at The Daily Orange. I question how many other columnists were privately fired or had applications rejected because of their political views.

MA: Do you feel there is a “cancel culture” in America, and if so, what should be done about it?

San Marco: There is absolutely is a cancel culture, in fact it has become a central pillar of social media. If your views don’t align with the progressive left they attempt to silence your voice. Several conservative speakers… have been “canceled” because they dare to defy the narrative written by the left. The solution for this could come from two sources, one being far more likely than the other. Either Twitter users mature overnight and stop the childish “cancel party” hashtags or those with power can stop listening. I doubt the mob will stop tweeting any time soon so the best solution is to ignore them. Media outlets shouldn’t be dictated by twitter hashtags nor should politicians. Cancel culture is only powerful if we give in to their ignorance.

Syracuse University did not respond to a request for comment.