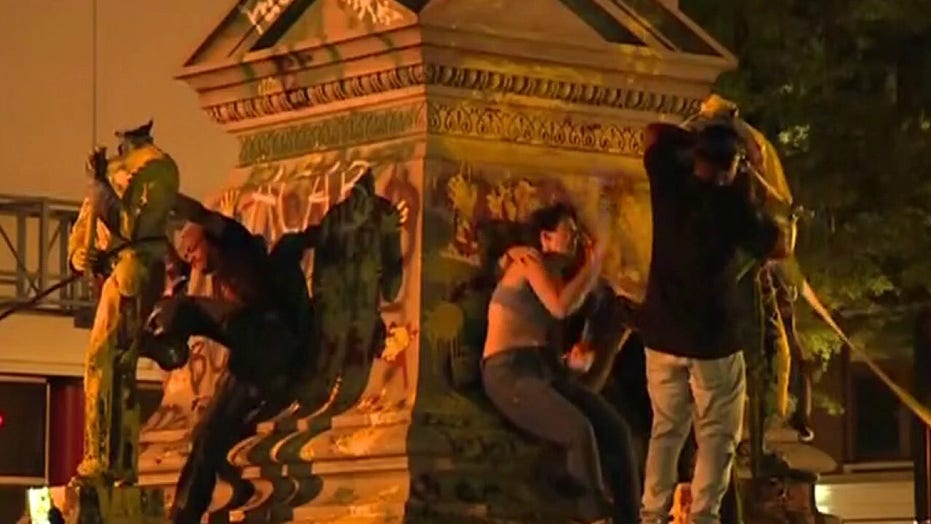 Popular Mechanics magazine was widely criticized this week after publishing a guide on how to remove unwanted statues without getting hurt in the process.

The piece, published Monday and headlined, “How to Topple a Statue Using Science,” promised readers the knowledge to “bring that sucker down without anyone getting hurt.” It came as protestors across the United States have removed statues and monuments honoring Confederate soldiers and slave owners as the nation continues to heal from the death of George Floyd in police custody.

“Should you happen to find yourself near a statue that you decide you no longer like, we asked scientists for the best, safest ways to bring it to the ground without anyone getting hurt—except, of course, for the inanimate racist who’s been dead for a century anyway,” Popular Mechanics’ James Stout wrote before providing detailed instructions.

The magazine enlisted mechanical engineer Scott Holland to explain that “force required to pull down a statue isn’t as great as you think” and it can typically be done with about “70 buddies with a bit of muscle.”

Holland then suggested handy tools that can help take down a statue, such as 4x4 recovery straps.

Last week, a protestor was reportedly seriously injured when part of a statue in Portsmouth, Va., came crashing down -- but the magazine seemingly wants to make sure it doesn't happen again.

“To break the statue from its base, split into two teams on either side and work in a back-and-forth motion. Most statues are attached to the base by 2 to 3 feet of rebar, so you’ll actually be breaking it at the bronze above the rebar—not the rebar itself,” Holland advised.

“Let’s say you can’t find 70 friends. If you still want to attempt this with a smaller removal squad, you have to weaken the monument itself. That’s where temperature comes in,” Stout wrote, adding that a propane torch would be helpful.

“Just make sure you use the proper protective equipment and look to see that nobody is underneath the statue when it falls,” he wrote.

“Snag some liquid nitrogen from a distributor like Airgas or Praxair. Then, drill a hole in the statue and pour the nitrogen inside to shatter the ankles,” he advised.

Many took to Twitter with thoughts on the Popular Mechanics feature:

Philadelphia's Tomb of the Unknown Soldier of the American Revolution was defaced last week after vandals spray-painted "Committed GENOCIDE" on the monument, the National Park Service said.

A man was shot Monday after gunfire erupted at a demonstration in New Mexico, where protesters attempted to topple a bronze conquistador's statue outside an Albuquerque museum, authorities said.

While demonstrators remove some statues, lawmakers are toppling others.

The Lee statue is one of five Confederate monuments along Monument Avenue in Richmond – the former capital of the Confederacy. It has been the target of vandalism during protests in recent days over Floyd's death. The base of it was covered this week with graffiti, including messages that say "end police brutality” and “stop white supremacy.” 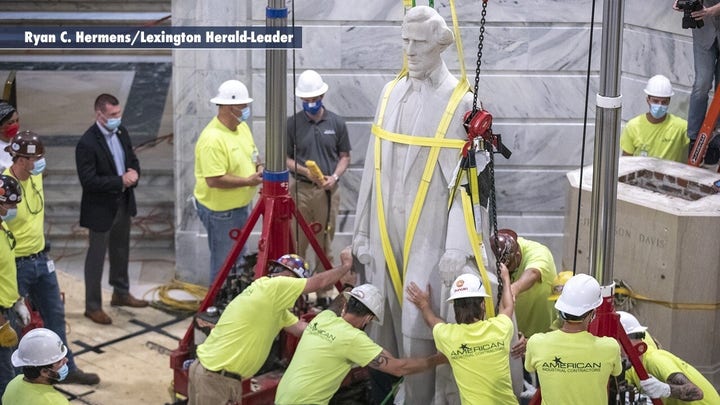 Richmond Mayor Levar Stoney also announced plans to remove the other Confederate monuments along Monument Avenue, which include statues of Confederate President Jefferson Davis and Confederate Gens. Stonewall Jackson and J.E.B. Stuart. Those statues sit on city land, unlike the Lee statue, which is on state property.

While in Alexandria, Va., work crews have taken down a bronze statue of a Confederate soldier named "Appomattox" after years of calls for its removal, while in Birmingham, Ala., authorities began pulling down a five-story-tall obelisk to Confederate troops that has stood for more than a century.