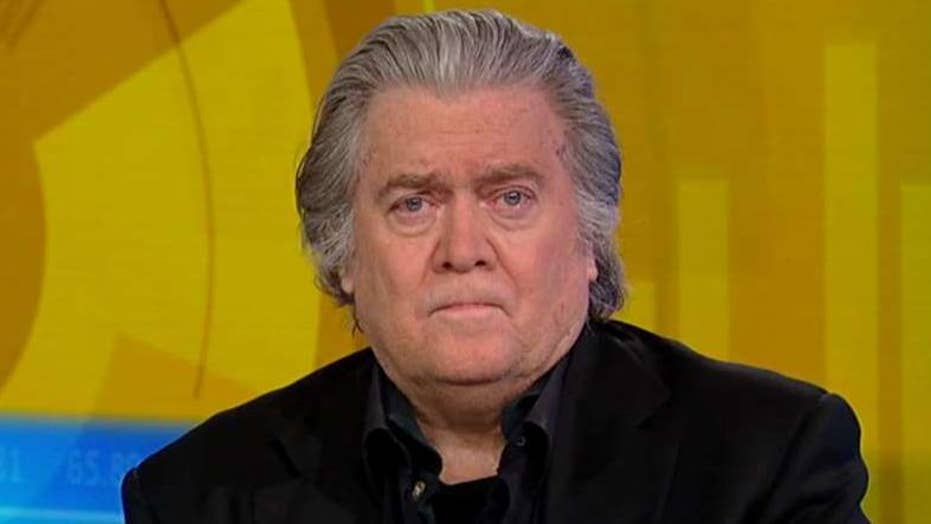 Steve Bannon: Freedom and democracy spreading thanks to Trump doctrine

In an exclusive interview on “Sunday Morning Futures,” former top White House adviser Steve Bannon told host Maria Bartiromo that he believes support for democracy and freedom is rising in the Middle East and Asia because of the Trump doctrine.

In Iran, anti-government protests erupted at Iranian universities across the country on Saturday in response to Iran’s admission that it unintentionally shot down a Ukrainian passenger plane killing all 176 on board.

In Taiwan, voters celebrated as the island's pro-democracy leader, Tsai Ing-wen, was reelected as president by a landslide Saturday in a victory that signaled strong support for her tough stance against China among voters determined to defend their democratic way of life. 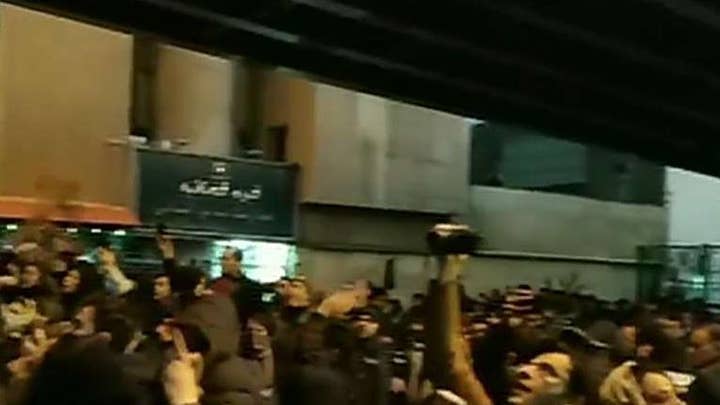 In Hong Kong, protesters hold up the American flag as they fight for freedom. In fact, in November, pro-democracy protesters in Hong Kong expressed thanks for President Trump holding up a picture of him as the fictional boxer Rocky Balboa. The "Thanksgiving Rally," held after Trump approved legislation that authorized sanctions against human rights violators in China, also included people wearing the American flag and singing the national anthem.

“This is the Trump doctrine whether it’s in Hong Kong, the ballot box in Taiwan, in the streets of Tehran, freedom and democracy," Bannon said.

“President Trump has stood up to the Chinese communist party, the dictators in Beijing,” he continued. “He stood up to the mullahs in Tehran and now you’re seeing the people, whether it’s at the ballot box in Hong Kong, or in the protests, they just had a sweeping victory there a couple weeks ago, a landslide victory for the freedom and democracy party in Taiwan with a record turnout.”

Bannon added, “In Tehran, the exact same thing. Remember in Hong Kong, in Taipei, you’re seeing the American flag, they're waving it in these independence movements, these freedom movements, they got posters of President Trump as Superman or some sort of superhero. This is the Trump policy.” 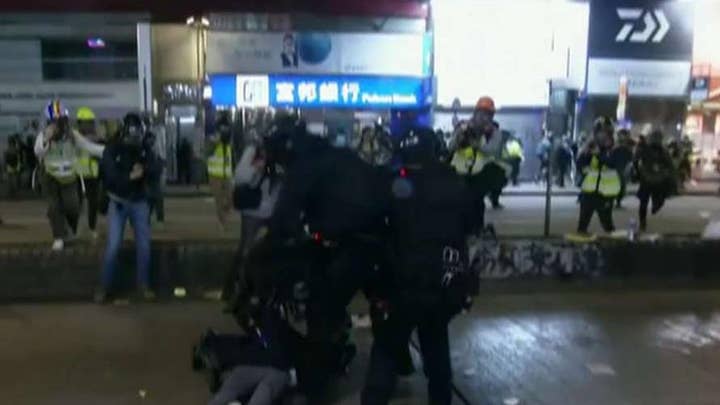 He noted that the timing of all these events is “ironic” given that the U.S.-China phase one trade deal is expected to be signed this week, the same time that Democrats are preparing to send the impeachment articles to the Senate. Bannon said the two are “inextricably linked."

“What President Trump did is go against the established order,” Bannon said.

“The established order, the permanent political class on foreign policy was to appease these dictators, to appease Beijing, and that’s why you saw the rise in China. To appease the mullahs in Iran and that’s why you saw this expansion, this expansion of Iran with [the] Hezbollah threat [to] the Middle East. Donald Trump said this is not going to happen on my watch. We're going to stop here and now.”

Bannon added, “He [Trump] stopped the appeasement. He went to economic war. In the trade deals, he did economic war with the tariffs against China, he put economic sanctions on Tehran. Economic war is winning and the people in the streets support Donald Trump.”