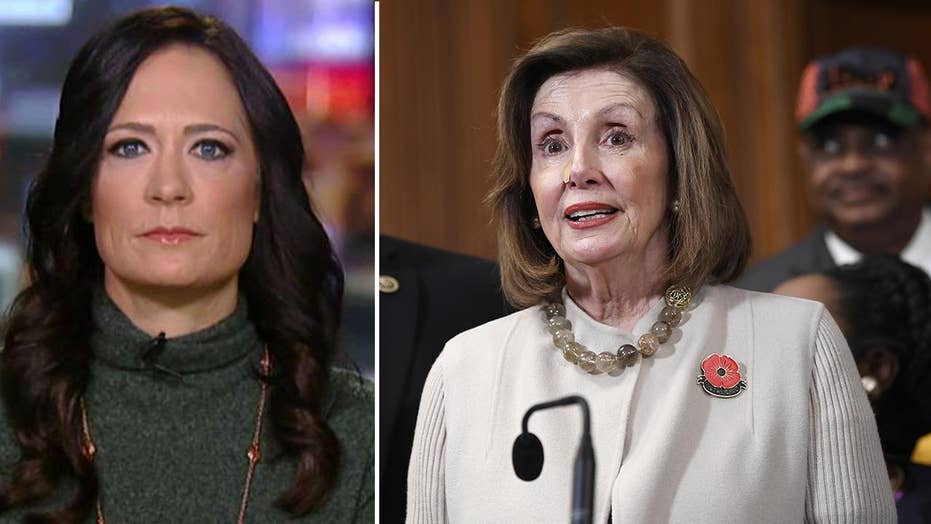 White House press secretary Stephanie Grisham speaks out on 'Fox &amp; Friends' as the House prepares to debate and vote on articles of impeachment against President Trump.

White House Press Secretary Stephanie Grisham spoke on “Fox & Friends” on Wednesday shortly before the House of Representatives was scheduled to vote on two articles of impeachment against President Trump in what is expected to be a mostly party-line vote on charges of obstruction of Congress and abuse of power, calling it a "very, very sad day for this country.”

Grisham referenced the blistering, no-holds-barred six-page letter Trump sent to House Speaker Nancy Pelosi, D-Calif., on Tuesday where he lambasted the Democrats' impeachment inquiry as an "open war on American Democracy," writing that Pelosi has violated her oath of office and "cheapened the importance of the very ugly word, impeachment!"

“It was very important to him that he put it down in writing so that it would be safe for future generations,” Grisham said.

“I mean, today is a very, very sad day for this country and history is not going to look kindly on these Democrats led by the likes of Pelosi, [House Intelligence Committee Chairman Adam] Schiff, [chairman of the House Judiciary Committee Jerrold] Nadler and [Senate Minority Leader Chuck] Schumer.”

She added, “This is a sad day and he wanted to make sure that he put down exactly what they're doing. A president is about to be impeached for partisan political reasons and that alone.”

When asked why she thinks Pelosi is pushing impeachment, Grisham said, “I think that she's being held hostage by a very, very radical group within the Democratic party, and I think that she was pressured to do so.

“She overplayed her hand and now she has to see it through,” Grisham continued. “I think that she would have been called out by that party, that group in her party, and I think she had to go forward with it.”

Grisham added that she thinks the Democrats' impeachment inquiry is “backfiring already.”

“If you've seen the polls, Americans are not interested in this. Americans know that this president is working for them,” Grisham said.

“We've got the results to prove it when you consider the economy, [United States-Mexico-Canada Agreement] USMCA, military, jobs, the work he's doing on behalf of veterans. He is such a focused president.”

She went on to say, “I must tell you that while he's frustrated, as evidenced by that letter yesterday, he is also so focused and he is leading our White House, and keeping us calm and telling us, ‘That's okay, we're going to move forward, we're focused, this is going to take us through to 2020.’”