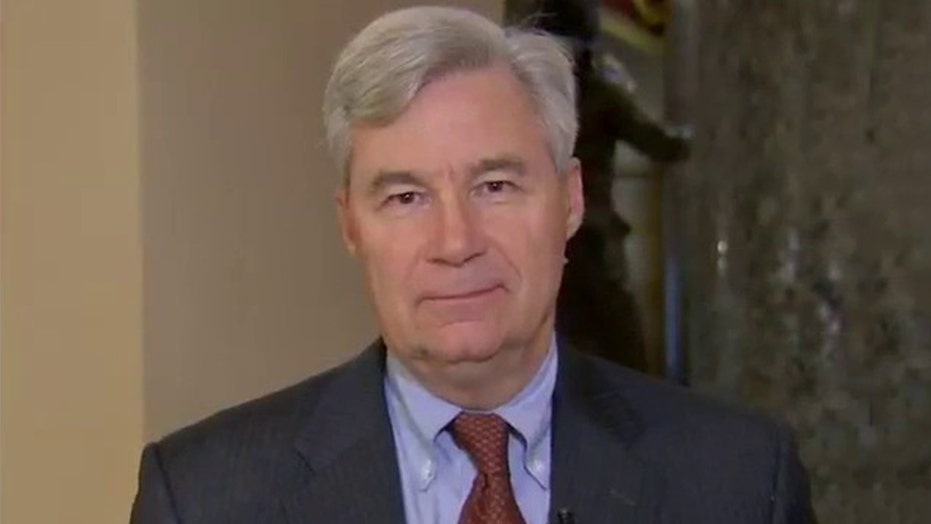 "He started off on a bad note because he told us that the standard we had to meet as senators was proof beyond a reasonable doubt, which every senator knows is wrong," Whitehouse told host Bill Hemmer. "So that didn't get him off to a very good start.

"Then when he started talking about how this had to be a criminal law [proceeding], he had to reflect that yes, he had said the opposite before and yes, the weight of current authority is completely against him," Whitehouse continued. "And then he turned on himself and he said that we shouldn't be looking at the president's intent when in any criminal case, intent is at the heart of the proceedings."

"So I take it that you weren't convinced by his argument," Hemmer said, prompting Whitehouse to respond: "I thought it actually was embarrassing."

"I thought so," Whitehouse responded. "It was really unfortunate."

During his remarks on Monday, Dershowitz told House impeachment managers they had fumbled their case for removing Trump, telling them they had "picked the wrong criteria" for impeachment."